Jon Stewart can usually make jokes out of even the most sensitive news stories, but on Thursday night, the Daily Show host refused to treat the shooting in Charleston, South Carolina as fodder for comedy.

“I didn’t do my job today,” Stewart said on his decision not to write jokes for the opening monologue, “because of what happened in South Carolina.” He referred to his own fatigue in the chair, explaining, “Maybe if I wasn’t nearing the end of the run or this wasn’t such a common occurrence, maybe I could have pulled out of the spiral, but I didn’t. I honestly have nothing other than just sadness.”

The host criticized news media for calling the incident simply a “tragedy,” saying they are “already using the nuanced language of lack of effort for this. This is a terrorist attack. This is a violent attack on the Emanuel Church in South Carolina, which is a symbol for the black community.”

Stewart expressed hopelessness about racism in America, and particularly in Charleston. “The Confederate flag flies over South Carolina,” he said, “and the roads are named for Confederate generals — and the white guy’s the one who feels like his country is being taken away from him.” 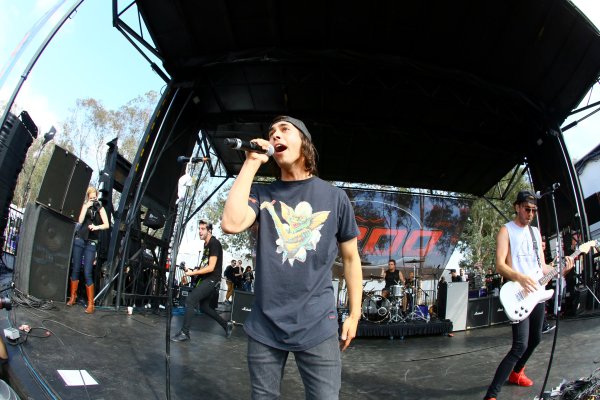 Listen to Pierce the Veil's New Track The Divine Zero
Next Up: Editor's Pick