These Companies Are Making Smartwatches for Grandma

Jean Anne Booth says when her mother reached her 80s, she refused to wear an “I’ve-fallen-and-I-can’t-get-up” style necklace.

“They’re ugly,” Booth says. “And that big button is stigmatizing. The first thought is, ‘Oh, that poor dear, they’re old and they’re not in control of their lives anymore.'”

But a device that elderly people can use to contact someone in case of a fall or other crisis is an important safety net, one that helps give their loved ones peace of mind. So Booth, a seasoned tech entrepreneur based in Austin, Texas, decided it was time for a makeover.

Booth’s company, Unaliwear, and other startups are now peddling smartwatches designed for the 65-and-over crowd. And in age when we expect our devices to be Swiss Army knives, they’re giving the devices capabilities beyond calling for help. Products from companies like San Francisco-based Lively and Unaliwear (which is still in the prototype phase) can do things like give users medication reminders, track their activity, text updates to their kids and even give them step-by-step directions to get home if the watch detects they’ve ended up in an unfamiliar location.

Most important, experts in the aging space say, is that the products do all this while looking like a normal accessory (and in some cases, a hip new one). After all, a wristwatch is something many older adults have worn all their lives.

“It normalizes the experience of getting old and makes people comfortable with the ability to get help without having to telegraph it to everybody,” says Stephen Johnston, co-founder of Aging2.0, an organization focused on supporting innovations for older adults.

Lively, an alumni of Aging2.0’s accelerator program, started shipping its “safety watch” in January. The timepiece looks an awful lot like the Apple Watch, with a simple, square screen and nice, big print. It comes as part of a $50 hardware set with four activity sensors and a hub that all communicate using cellular and Bluetooth signals. One of those activity sensors typically goes on a pillbox, for instance, so if a user has taken their medication, the sensor will tell the smartwatch, which won’t bother to remind the person wearing it. But if the pillbox hasn’t moved, the user will get an alert.

Lively CEO Iggy Fanlo says the traditional medical-alert pendants are so detested in the senior community that only about 13% of the people who buy them actually wear them throughout the day, according to a 2010 study from the Journal of Gerontology and Geriatrics, and that many often go unused for months at a time. Most of the time when older adults fall, they’re with someone and don’t require a team of firemen to remedy the situation, he says.

“It’s pretty clear that a medical alert product shouldn’t be a product,” says Fanlo. “It should be a feature.”

In the case of Lively’s watch, a user can press a button signaling that they need help. The watch pings the hub, which connects to a dispatcher who asks if they’re okay. The user can say they’re fine (if they pressed the button by accident or help has already wandered by), ask the dispatcher to contact a family member or neighbor on file, or request emergency responders. Users pay about $30 a month or more for access to this service.

Booth’s product, which costs $299 and generated $110,000 in a Kickstarter campaign, can detect a fall using an accelerometer, and will activate an emergency protocol if the user is non-responsive. The watch is a classic silver piece of (digital) jewelry which her company designed with discretion in mind. Before the watch makes any noises out loud—reminding a person to take their pills, for instance—the watch will vibrate. The user can tap the device to make sure it stays silent in the middle of a church service; it can also directly speak to a user’s hearing aid rather than out loud. It comes with both the ability to connect via Wi-Fi or cellular signal, which is important given that many older people do not have Wi-Fi in their homes. It took comes with a required monthly service fee starting around $30.

While few octogenarians own smartphones that could provide many of the same functions these watches do, Minda Aguhob, founder of an early-stage startup called Peakfoqus that is also building a senior-focused watch app, says that it’s wrong to think that older people won’t embrace technology.

“These features help them stay connected with their families,” Aguhob says. “Families who are supporting them living independently.”

Nearly 90% of those over age 65 say they want to remain at home as long as possible. Technology can help fill the gaps when kids or caretakers can’t always be available—or when older people don’t want their helpers constantly hovering around. “A lot of innovation is starting to come into the aging space,” says Johnston. At a recent Aging2.0 summit in San Francisco, for instance, startups showcased digital sign-in kiosks for nursing homes, rolling robots that encourage long walks and programs that simplify the Internet for late adopters.

Smartwatches, Johnston says, are just one product of many to come. “The aging space hasn’t necessarily been on the radar of these technology companies in the past,” he says. “It’s a really exciting time.” 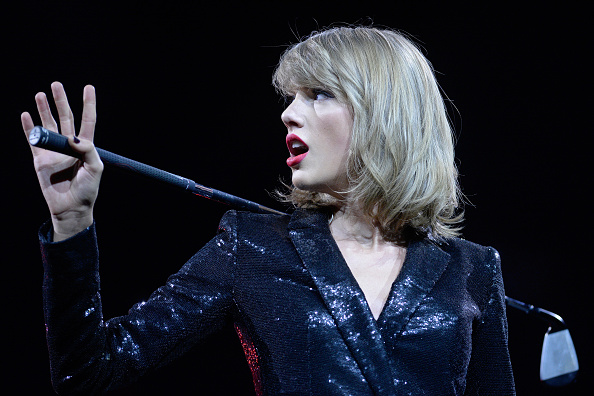 Taylor Provokes Apple into Swift Response
Next Up: Editor's Pick