The two African flags seen in Facebook photos of Dylann Roof, who allegedly shot dead nine people in a Charleston church on Wednesday, have long been discarded by their countries. But at least one has been resurrected by white supremacist groups.

Soon after Roof was named the chief suspect in the deadly shooting, Facebook photos began circulating of the 21-year-old wearing a jacket with two flag patches. One appeared to show the standard of the Republic of Rhodesia, the post-colonial name for Zimbabwe after its white prime minister declared independence in 1970. The other showed the flag of apartheid-era South Africa, which in the last half of the 20th century had institutionalized segregation imposed by minority white rule.

A civil rights group which monitors white supremacist groups says the latter flag, which South Africa dropped in 1994, has begun showing up in several white supremacist demonstrations in the U.S. and elsewhere over the last several years, oftentimes among protesters who make claims of white genocide in South Africa.

Stephen Piggott, a campaign coordinator at the Southern Poverty Law Center, says that the apartheid-era flag has recently appeared at rallies in the U.S. for a nationalist group called the South Africa Project, a group that raises awareness of alleged genocide against white farmers in South Africa.

It has also appeared at what are called “white man marches,” which have recently taken place in the U.K., and are centered around the “white genocide movement,” which attempts to maintain political and cultural white power around the world.

“The flag shows up at protests where there’s talk of white genocide, not just in South Africa,” Piggott says. “The last time we’ve seen the apartheid flag has been around the white genocide movement.”

Piggott says the SPLC has not seen the Rhodesian flag pop up at protests, but the website of at least one white nationalist group, the Council of Conservative Citizens, links to a site that sells the flags online. The site, South Carolina-based Patriotic-Flags.com, did not respond to TIME’s request for comment. 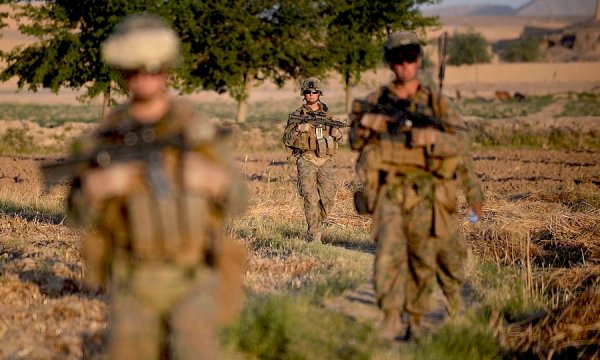 Measuring War’s Impact on Women
Next Up: Editor's Pick