An ominous looking cloud hangs above the remains of a home that was destroyed by a tornado on April 29, 2014 in Tupelo, Mississippi.
Joe Raedle—Getty Images
By Dan Kedmey

Every city has what emergency response crews call its “critical assets.” They’re roads, power stations, water pumps and pipes — the collective infrastructure that has the power to keep a city humming or bring life to a grinding halt. The question for city officials is when and if, exactly, these critical assets might fail. In severe weather, they typically find out the hard way.

Just this week, severe thunderstorms and twisters forced more than 15 fire departments and rescue teams to fan out across central Illinois. With crews already stretched thin, forecasters are predicting another round of severe weather to pummel the region. Help might arrive sooner if emergency crews had a map of which roads would become treacherous, which power stations would fail and which water mains would burst before the storm rolled into town.

That, in a nutshell, is the pitch for a new predictive tool IBM has unveiled in partnership with The Weather Company, parent company of The Weather Channel. Dubbed the “Intelligent Operations Center for Emergency Management,” the new platform marries live weather forecasts with a hyperlocal map of a city’s infrastructure, painting in yellow and red the predicted damage to come. With natural and man-made catastrophes taking 7,700 lives and upwards of $110 billion in damages in 2014, according to estimates by insurer Swiss Re, the market potential for a predictive tool is promising, to say the least.

The new software comes amid a surge of investment in big data solutions for public safety. Startup Mark43 is digitizing police records in an attempt to map out criminal networks. Motorola is embedding sensors into equipment used by police and fire crews to tap into a live feed of data from first responders. But IBM’s solution marks perhaps the most ambitious attempt to tease out the underlying order of chaotic events.

“I’m watching how those assets are affected to figure out, ‘Where do you begin?'” says Stephen Russo, director of emergency management solutions at IBM. “How do you get the biggest bang for your efforts?'”

Russo and his team used historic data from natural catastrophes to ascertain the breakpoint of certain assets — like when a power line might snap under high winds. The risk of failure is often as capricious as the wind itself. “It’s not a linear relationship,” says Russo. Power outages rise exponentially as wind speeds climbs from 20 mph to 40 mph, for instance. “When it goes from 40 to 50 mph, the amount of outages is much greater,” says Russo. And that’s the easy part of IBM’s catastrophic calculus.

Harder still is predicting which critical buildings — hospitals, schools and shelters — are most likely to suffer an outage. Throw in a few more assets, and no human statistician could ever hope to calculate the odds. IBM is betting machine learning algorithms can weigh the probabilities of failure in an instant and spit out ever-changing snapshots of disaster zones.

“Everybody sees the same picture of what’s going on,” says Mark Gildersleeve, president of The Weather Company’s professional division. “You’ve quantified the impact. Objectively, what are the areas most under stress?”

IBM envisions the map as a canvas for communication between emergency workers in command centers and various outposts. Top officials will have a bird’s eye view of relief efforts, while field workers can populate the map with reports from the ground. In its most ambitious form, the map could scale out to actors in the private sector. “The big ox carriers during a disaster, the Walmart’s and Costco’s, could position their resources more accurately and take more of the burden off of the public sector, so that they are not having to stock a warehouse full of water and generators.” Insurers might also use the maps to send pinpointed alerts to policyholders, warning them to cover their cars, for instance, before a hail storm bursts overhead.

But first, IBM will have to get all of those myriad actors on board its system. Fortunately for its sales team, the platform doubles as an ordinary emergency response system, recording routine traffic accidents as well as nature’s most brutal events. But the true test of the system will come at those unpredictable moments when the skies open up and the earth shakes beneath users’ feet. With severe thunderstorms threatening 50 million Americans this week, the solution can’t come soon enough. 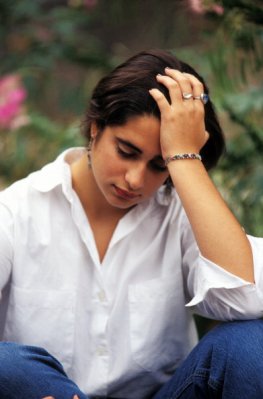 Therapy Without the Therapist
Next Up: Editor's Pick