See the Emotional Return of Vietnam Prisoners of War in 1973

It was early 1973, many years into the War in Vietnam but two more before the conflict fully ended, that President Richard Nixon announced that ‘peace with honor’ had been achieved. Soon after, the prisoners of war began to come home.

As seen in this exclusive clip from the upcoming episode of CNN’s The Seventies, airing Thursday at 9:00 p.m., it was an emotional homecoming. As TIME reported that February in an issue focused on the return, rather than subject the former prisoners to immediate grilling by officers, doctors and journalists, they were given escorts to guide them through the process of evaluation and acclimation. The men would be slowly reintroduced to a variety of food and brought up to speed on the cultural and social changes they had missed. (They were also issued back pay, which for some long-held prisoners came out to over $100,000.)

But that doesn’t mean the return was easy. As Stefan Kanfer put it in an essay in that issue of TIME, the prisoners were like modern Rip Wan Vinkles: the world to which they returned was the same one they had left, but so much had changed in their absence. Here’s how Kanfer summed-up the new landscape:

Read the full essay, here in the TIME Vault: The Returned: A New Rip Van Winkle 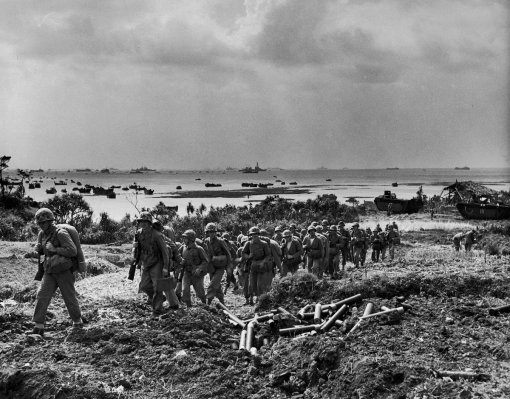 The Gory Way Japanese Generals Ended Their Battle on Okinawa
Next Up: Editor's Pick