The Meaning of the Flags Worn by the Suspected Charleston Killer

A profile photo taken from a Facebook page thought to belong to the FBI’s now-captured suspect the killing of nine people at a black church in Charleston, South Carolina, offers the strongest clue yet as to what might have been his motivation. The photo, thought to be of Dylann Storm Roof, shows a young man wearing a black fleece jacket. Affixed to the right breast are two flags, one for apartheid-era South Africa, and another for the former colony of Rhodesia, which is now known as Zimbabwe.

The short-lived state of Rhodesia, which was never recognized internationally, is closely identified with white supremacy. It was born in 1965 when the predominantly white government of what was then known as the British colony of South Rhodesia refused to transition to black majority rule on the eve of independence. Instead, the government issued its own declaration of independence, raised its own flag, and stayed in power for more than a decade. A bloody guerilla war ended in the establishment of a bi-racial government in 1979.

MORE Why It’s So Hard to Gauge Level of Hate Crimes in U.S.

The apartheid-era South African flag represents one of the worst periods of that country’s history. Under apartheid, which lasted from 1948 to 1994, the majority black population, along with ethnic Indians, Asians, and those of mixed-race were denied their basic rights. The white minority, which ruled the country, enforced the laws with brutal efficiency and violence. “As a South African, you see that flag and it sets alarm bells ringing,” says Christopher Charles Nicholas, a concierge in Cape Town. “To us, it brings back all the horrors of that time. Ninety-nine percent of South Africans hate that flag.” The remaining one percent, he adds, are the people who want apartheid back — South Africa’s own white supremacists.

Read next: Everything We Know About the Charleston Shooting 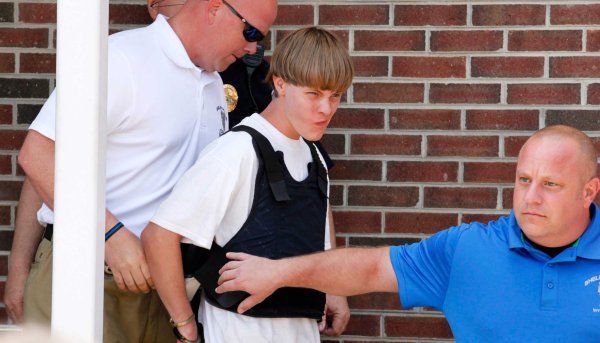 Shooting Suspect Back in S.C.
Next Up: Editor's Pick