President Obama called for Americans to think hard about gun control in the country as he addressed Wednesday night’s massacre at a historically black South Carolina church, which left nine people dead.

Too many times, Obama said Thursday, he has had to speak in the aftermath of the murder of innocent people at the hands of a gunman.

“At some point we as a country will have to reckon with the fact that this type of violence doesn’t happen in other advanced countries,” Obama said, speaking for several minutes from the White House press briefing room. “It doesn’t happen with this sort of frequency.”

Shortly before the president spoke, news broke that authorities had captured the suspect the shooting, 21-year-old Dylann Roof.

The U.S. Department of Justice is investigating the case as a hate crime, Attorney General Loretta Lynch said in a press conference earlier Thursday.

“Acts like this one have no place in our country and no place in a civilized society,” Lynch said.

In his remarks, Obama also offered condolences to the victims’ families and said he and the First Lady personally knew several members of the Emanuel AME Church community.

The fact that the church is historically black and located in the South “raises questions about a dark part of our history,” Obama said.

Yet in noting the adversity the church has faced in its past—from racial injustice to natural disaster—Obama he is confident that the church will “rise again now as a place of peace.” 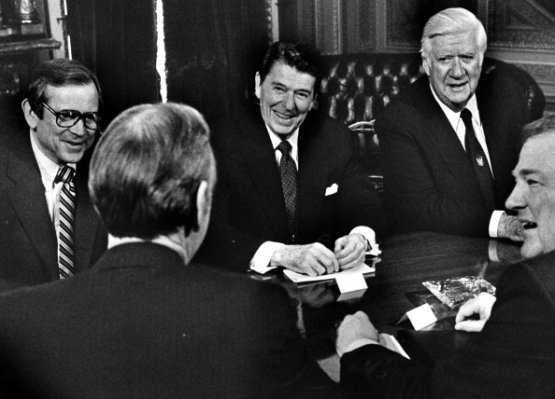 Former Reagan Aide Says He Saw a Gun in the President's Briefcase
Next Up: Editor's Pick