Why It's So Hard to Gauge Level of Hate Crimes in U.S.

Surreace Cox, of North Charleston, S.C., holds a sign during a prayer vigil down the street from the Emanuel AME Church early on June 18, 2015, following a shooting Wednesday night in Charleston, S.C.
David Goldman—AP
By Josh Sanburn

The fatal shooting of nine people at a historically black church in Charleston, S.C., by a white gunman has been called a hate crime by the city’s chief of police. But a civil rights nonprofit that tracks hate crimes says chronic underreporting makes it impossible to determine the extent of racially motivated incidents in South Carolina and throughout the U.S.

Beirich says that state and local jurisdictions routinely either don’t report hate crime incidents to the FBI or don’t categorize or treat them as hate crimes. “When you see South Carolina reporting no hate crimes, you understand how ridiculous that data is,” she says.

The shooting on Thursday appears to follow the pattern of a single person with violent motivations based on race. Since 2009, more than 60 cases of domestic terrorism have occurred in the U.S., with 74% of them considered “lone-wolf,” or carried out by just one person, according to the SPLC.

In a report released earlier this year, the SPLC reported that despite the lack of FBI data, a so-called “lone-wolf” plot is broken up every five weeks.

In the last few years, there have been several incidents of white individuals targeting black or minority communities. In 2010, Ronald Pudder set fire to a predominantly African-American church in Ohio. He later pled guilty. In 2012, Jake England and Alvin Watts, both white, opened fire in black neighborhoods in Tulsa, Okla., killing three. Both pled guilty. 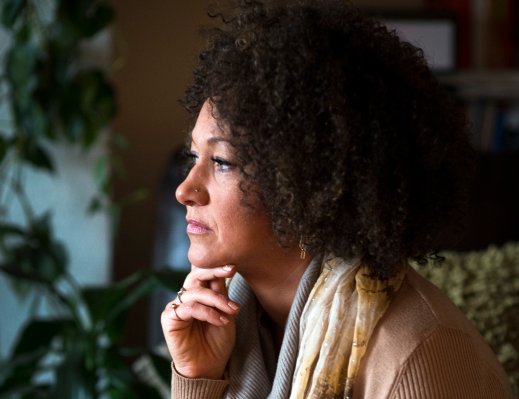 Why Rachel Dolezal’s Hair Is Actually a Big Deal
Next Up: Editor's Pick