In the pantheon of American culture, no event is more iconic and distinctly American than the Super Bowl. Like all things American, the Super Bowl is huge, expensive, and a source of incredible passion for fans. Just running a 30-second commercial to the more than 100 million people that watch the game costs nearly $5 million.

So how much electricity and energy go into putting on the Super Bowl?

There are lots of components here, but the biggest indisputable three are TVs used to watch the game, lighting and possibly climate control in a stadium, and fuel used in traveling to the game (by car or plane).

Worldwide, roughly 30 million televisions watched the five-hour extravaganza, assuming a little over five people per Super Bowl party. The average TV uses around 100 watts per hour. Plasma TVs use more electricity, and presumably people watch the Super Bowl on the biggest brightest TV they have available, so maybe the average TV watching the Super Bowl actually uses more like 125 watts per hour. Add another 125 watts per hour for extra lighting and other electricity use and over five hours then the average TV would use 1.25 kwh, and the 30 million households around the world watching the game would use 37.5 million kilowatt hours of electricity or 37.5 GWh. At an average price across the country of about $0.11 per kwh, that works out to a total cost of roughly $4,125,000.

On the football stadium itself, there is a lot of debate and no clear answers. Stadiums use pretty efficient lighting, and certainly air conditioning is not likely to be an issue in the dead of winter. So using the low end of estimates, an average stadium might use 10MW of energy for five hours, or roughly 50 MWh for the game. Compared to the TV use, that’s not a lot, but of course, there are roughly 80,000 people in a stadium watching a game versus hundreds of millions around the world watching. Stadiums are industrial users of power, so they won’t pay standard power rates, but for the sake of simplicity, assuming an average of $0.11 per Kwh again leads to a total cost of $5,500.

Finally, transporting 80,000 people to a stadium is going to use some energy. The amount of energy varies based on where the stadium is and where the people are coming from of course. Stadiums are roughly equally spread out across the U.S., while people are not. Given the size of the country (about 3,000 miles across), the average person going to the game probably flies around 1,500 miles or about 2 hours of peak aircraft time. A Boeing 747 carries 500 people and uses 280 MWh for a 2 hour flight. That means about 45 GWh of power for the 160 planes needed to ferry 80,000 people to the stadium. Aircraft, of course, run on jet fuel and at current prices, that fuel will cost around $100,000 for each of those 160 flights or $16 million.

Overall, the Super Bowl costs more than $20 million in energy every year – quite a bill one football game. It also requires nearly 38 GWh of energy, or more than the equivalent amount of electricity that the entire country of Morocco can generate over the same five-hour period (given their 6.8 GW of capacity that existed in 2012).

The takeaway here is that the Super Bowl is huge and more expensive for America, and perhaps the environment, than most people realize. Still, the Super Bowl has quite a ways to go before it catches up in size and cost to the World Cup. 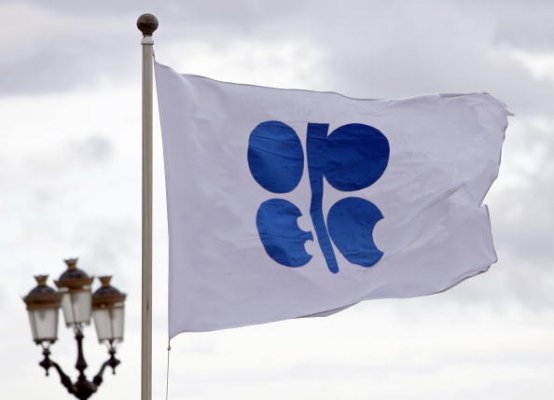 OPEC Set to Play the Waiting Game in Oil Market
Next Up: Editor's Pick