Nutella may prove to be the unlikely source of a rift between Ségolène Royal, France’s ecology minister, and prominent environmental agency Greenpeace.

In an interview on French television network Canal+ Monday night, Royal took her stand against the popular chocolate-hazelnut spread. ““We have to replant a lot of trees because there is massive deforestation that also leads to global warming,” she said. “We should stop eating Nutella, for example, because it’s made with palm oil.”

Palm oil has contributed to deforestation in recent years and scientists have linked it to climate change. Nutella, however, has taken steps to minimize the environmental impact of its plantations, which likely explains why Greenpeace was willing to jump to the defense of the Italian company that manufactures it, Ferrero.

In a statement to Quartz, the organization said it does not support a ban because “a blanket boycott of this agricultural crop will not solve problems in its production,” adding that Greenpeace “consider Ferrero to be one of the more progressive consumer-facing companies with regards to palm oil sourcing.” 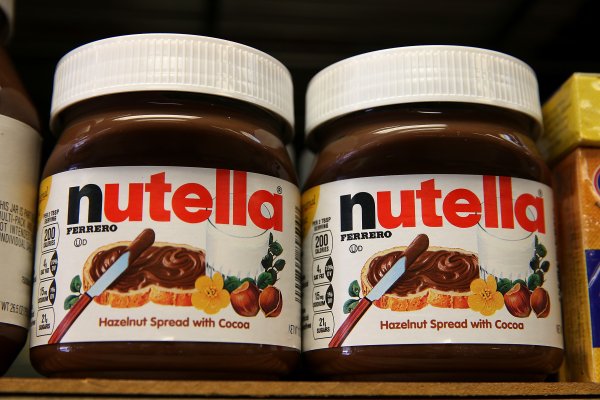 Why a French Minister Wants to Boycott Nutella
Next Up: Editor's Pick