There is no Cold War today, no ideologically driven battle for hearts and minds. But there is a contest for influence between two very different political and economic systems, one that will determine who sets the standards and writes the rules for international trade and investment in the coming years. And the U.S. is losing ground.

Democrats and Republicans are locked in tactical combat over two basic questions: Is trade good for America? And what role should Congress play in the trade-negotiation process? That deadlock helped lead to the at least temporary defeat of President Obama’s signature Trans-Pacific Partnership trade deal in Congress on June 12. But as Washington argues with itself, Beijing is forging commercial agreements that enhance China’s ability to shape the next global order.

In recent years, a rising China has used its development banks to begin to chip away at American dominance in global trade, with programs like the $50 billion New Development Bank and the $40 billion Silk Road investment initiatives. The new China-led Asian Infrastructure Investment Bank, with a capital base of $100 billion, counts U.S. allies like Britain, Germany and France among its members and further enhances China’s development role across Asia. By the end of June, China will pledge billions for infrastructure investment in Europe.

In years past, China’s primary purpose was to secure access to long-term supplies of the commodities needed to fuel its continued growth. But an additional goal now is to promote international alignment with Chinese industrial policy on such strategic matters as telecom and Internet standards and financial architecture and regulation, while encouraging wider use of the Chinese renminbi, further eroding the dominance of the dollar. In the process, China has become the only country in the world with a coherent global strategy.

Democracy is messier than autocracy–and may it ever be so. But the real-world impact of all the current trade confusion in Washington is that China is expanding its international influence and the U.S. is not. Beijing is wise to follow this path, and the global economy needs more investment from both the East and the West. But until Washington can build as solid a consensus in favor of trade as it often does in favor of sanctions, its foreign policy will become increasingly incoherent–and America’s loss will be China’s gain. 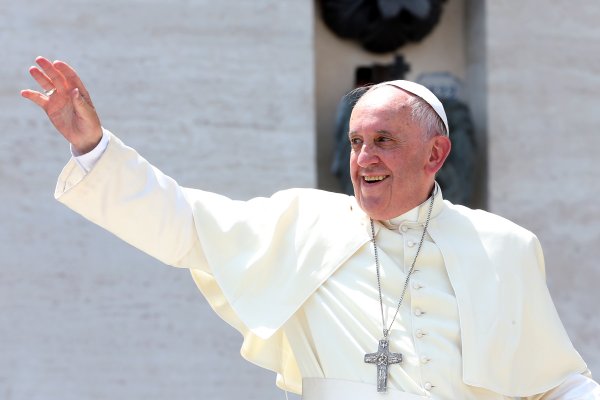 5 Most Important Points of Pope Francis' Climate-Change Encyclical
Next Up: Editor's Pick