Who Wants a Dream American Home? The Chinese, Of Course

China’s President Xi Jinping is peddling the notion of a Chinese Dream. Apparently that vision may include a suburban home in California. For the first time ever in percentage terms, Chinese investors snapped up more American residential real estate than any other group of international buyers.

From March 2014 through March 2015, Chinese investors purchased $28.6 billion worth of single-family houses and condominiums in the U.S., according to the National Association of Realtors. Canadians, who had held top spot in percentage terms since 2008, have now been bumped to second place at $11.2 billion, while Indians rounded out the top three at $7.9 billion. In percentage terms, Chinese purchases made up 16% of foreign U.S. home transactions, Canadians 14% and Indians 8%. (The National Association of Realtors lumps together Hong Kong and Taiwan residents with mainland Chinese.)

Only 4% of American homes were bought by foreigners but it is a lucrative market. Non-Americans typically spend nearly double the average American home price of $255,600. Chinese purchasers lay down even more cash — shelling out an average of $831,800 per home. However, due in part to the strengthening U.S. dollar, the overall transaction rate of foreigners buying U.S. homes contracted by 10%, compared with the year before.

Why are Chinese enamored with American property? For one thing, Chinese real estate is so pricey in certain cities that $831,800 for an American manse may look like a good deal. For another, rich Chinese are increasingly looking to move their money and families out of China, either because of economic and political uncertainties or concerns about the social and health environment back home.

A survey released last year by Barclays bank found that nearly half of the 2,000-plus Chinese millionaires it polled planned to move overseas within five years. Last fiscal year, Chinese applicants snapped up every U.S. EB-5 investor visa on offer to them, prompting the American government to suspend the program for that nationality. (EB-5 visas require at least a $500,000 commitment from immigrants, in exchange for an eventual U.S. green card.) Around 300,000 Chinese students now study in the U.S. Still, proximity to China is valued. The National Association of Realtors noted that California was a favored locale for Chinese looking for their dream American home. 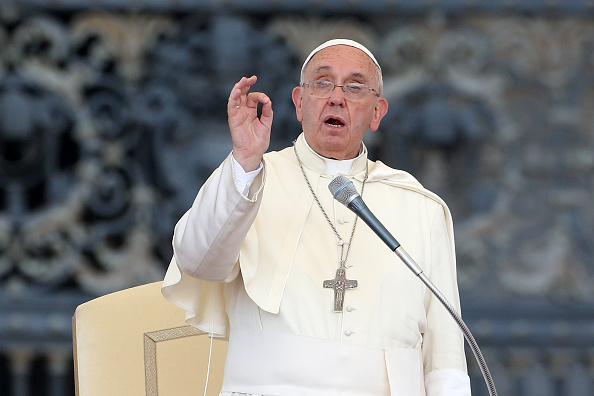 How Pope Francis Hinted At His Encyclical
Next Up: Editor's Pick