The 5 Most Important Points of Pope Francis's Climate Change Encyclical

Pope Francis on June 13, 2015 in Vatican City.
Franco Origlia—Getty Images
Ideas
By Christopher J. Hale
Hale is a Democratic politician from Tennessee; he has been a Catholic nonprofit executive and helped lead faith outreach for President Barack Obama.

Pope Francis’s groundbreaking encyclical letter on care for creation made its anticipated debut Thursday morning, and once again, the Bishop of Rome has delivered a masterpiece. The document will play a key role in United Nations Paris Climate Change Conference this November and will be a pivotal point of debate as the 2016 presidential campaign heats up here at home. So what exactly does the pope address in this letter? Here are the top five points in what Francis describes as a “dialogue with all people about our common home.”

1. Climate change is real, and it’s getting worse. Though some politicians in the U.S. still argue about the reality of the climate change, Pope Francis doesn’t mince words: “Climate change is a global problem with grave implications: environmental, social, economic, political and for the distribution of goods. It represents one of the principal challenges facing humanity in our day,” he says. “If present trends continue, this century may well witness extraordinary climate change and an unprecedented destruction of ecosystems, with serious consequences for all of us.”

2. Human beings are a major contributor to climate change. While many agree that climate change is real, some believe that human beings don’t contribute to it. The science suggests otherwise, and Pope Francis—a trained chemist—says human beings do have an effect on the Earth: “We have come to see ourselves as her lords and masters, entitled to plunder her at will.”

3. Climate change disproportionately affects the poor. Climate change’s worst impact, Pope Francis says, “will probably be felt by developing countries in coming decades. Many of the poor live in areas particularly affected by phenomena related to warming, and their means of subsistence are largely dependent on natural reserves and ecosystemic services such as agriculture, fishing and forestry.” This environmental inequality creates a strange economic phenomenon: Poor countries are often financially indebted to rich countries. The world has what Pope Francis calls a “social debt towards the poor … because they are denied the right to a life consistent with their inalienable dignity.”

4. We can and must make things better. Some of those who study climate change believe this process to be irreversible, too far gone. But Francis—whose first major letter was entitled Joy of the Gospel—says he doesn’t believe we should be robbed of hope. “Human beings, while capable of the worst, are also capable of rising above themselves, choosing again what is good, and making a new start”

5. Individuals can help, but politicians must lead the charge. Francis argues that personal responsibility is an important step toward reversing climate change, but that political and structural transformations are needed for lasting change. “Every effort to protect and improve our world entails profound changes in lifestyles, models of production and consumption, and the established structures of power which today govern societies.”

Some politicians argue that Pope Francis and the Catholic Church should stay out of climate change debates and “leave science to the scientists.” But Francis and the church know that protecting creation is first and foremost a moral and religious issue. It’s a response to God’s ancient request that we preserve, protect, and sustain creation. Francis has said before that he hopes today’s politicians will take this responsibility to heart as they address one of the most important issues of our times: “I beg the Lord to grant us more politicians who are genuinely disturbed by the state of society, the people, the lives of the poor!” 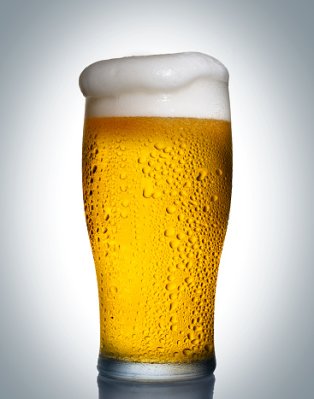 5 Things You Need to Know About Alcohol, Backed By Research
Next Up: Editor's Pick