James Pearson of Leicester in action during the Capital One Cup second round match between Leicester City and Shrewsbury Town at The King Power Stadium on Aug. 26, 2014 in Leicester, England.
Michael Regan—Getty Images
By Jacob Koffler

A soccer club in the U.K. canned three players, including the manager’s son, after investigating reports of sexual and racist misconduct in Thailand.

Leicester City Football Club, part of the Premier League, said in a statement released Wednesday that Tom Hopper, Adam Smith and James Pearson’s contracts were terminated after “the conclusion of an internal investigation and disciplinary proceedings, as a consequence of events that took place during the Club’s end-of-season goodwill tour of Thailand.”

The trio, which has apologized, was accused of making racist remarks to women they were apparently engaged with sexually in a hotel room in Thailand, with one alleged to have called one woman a “slit eye.” News of the remarks spread after a video was supposedly shown to friends when the players had returned to the U.K., and then obtained by the Mirror in May.

“Leicester City Football Club is acutely aware of its position, and that of its players, as a representative of the city of Leicester [and] the Premier League…It is committed to promoting a positive message of community and family values and equality, and to upholding the standards expected of a Club with its history, tradition and aspirations,” the statement read. 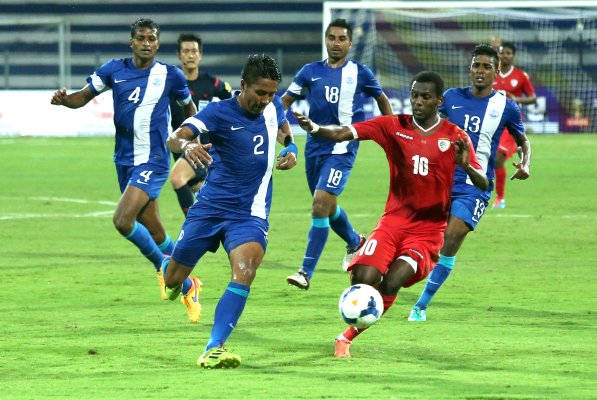 Humiliating Soccer Defeat For India
Next Up: Editor's Pick