The newly resigned NAACP chapter president who has been accused of misidentifying her racial identity allegedly committed ethics violations while chairing a police oversight commission, according to a report published Wednesday.

Independent investigators hired by the city to look into recent whistle-blower complaints about three members of the city’s police ombudsman commission, including Rachel Dolezal, found instances that involved her regarding “workplace harassment” and concluded the 37-year-old outed citizens despite a confidentiality agreement. “There were multiple occasions at open public meetings, that were recorded, where names of complainants were discussed in the open and they should have been confidential,” city council president Ben Stuckart told Reuters.

Among the report’s findings, Dolezal was accused of manipulating meeting minutes, exhibiting a “bias against law enforcement” and behaving “via email, in-person interactions and in public meetings, in a very rude, disrespectful and degrading manner.”

The new allegations, expected to be discussed by the council on Thursday, come two days after Dolezal resigned from her NAACP position following a scandal that erupted over her race. A white couple has claimed Dolezal as their daughter, brought up in a family with adopted siblings who are black; on Tuesday, she broke her silence in an interview to say she self-identifies as black. 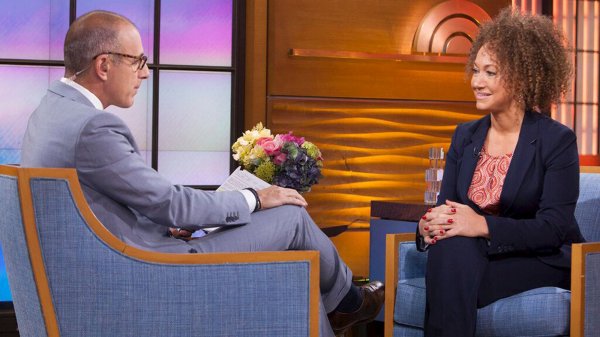 Rachel Dolezal: I Didn't Want to Be Limited to My Biological Identity
Next Up: Editor's Pick