Muhammad Cartoons Are Offensive, But Not for the Reason You Think

Political blogger Pamela Geller, American Freedom Defense Initiative's founder, speaks during an interview in New York May 28, 2015. REUTERS/Brendan McDermid
Brendan McDermid—Reuters
Ideas
By Jordan Denari
Jordan Denari is a Research Fellow at Georgetown University’s Center for Muslim-Christian Understanding, where she works for the Bridge Initiative, a research project on Islamophobia.

If you find yourself driving through St. Louis or rural Arkansas in the coming weeks, you may come across billboards depicting Islam’s prophet Muhammad. The American Freedom Defense Initiative (AFDI), the group led by Pamela Geller and Robert Spencer that organized last month’s Draw Muhammad event in Garland, Texas, is promoting ads featuring the contest’s winning cartoon: an image of an angry, sword-wielding Muhammad lunging forward toward the hands of the artist who drew him.

The news coverage of AFDI’s recent effort—as well as others’ plans to disseminate Muhammad cartoons—has been accompanied by attempts to explain why displaying these violent drawings is problematic or offensive. Journalists and commentators often diagnose the problem this way: Many Muslims disapprove of depictions of their prophet, and thus some may retaliate violently against them. But this characterization ignores the cartoons’ real implications. Actively spreading these cartoons is offensive because it contributes to an existing climate of fear in which Muslims are seen as a threat—a climate that endangers Muslims in the West.

These cartoons play into the worst stereotypes about Muslims. Almost all of the cartoons displayed at the Garland contest portrayed Muhammad in a negative light, showing the prophet as violent, backward, sexually perverted, and intolerant of non-Muslims. Out of dozens of cartoons posted on AFDI’s Facebook page, only three can be interpreted as neutral.

Like the cartoons, media representations of Muslims tend to be negative. Content analysis research from MediaTenor, an international media research institute, found that media coverage of Muslims and Islam is at an all time low. MediaTenor, which has analyzed more 2 million news stories from 10 outlets in the U.S., the U.K. and Germany since before 9/11, found that in 2014, 80% of stories about Muslims portrayed them in a negative light. News media, political discourse, and even entertainment often advance the same memes found in the AFDI cartoons: Islam is more likely to inspire people to violence; Muslim men are barbaric; Muslim women are oppressed; and Islamic culture is antithetical to progress or diversity.

This monolithic, negative portrayal provides a skewed image of Islam and Muslims. It excludes the manifestations of Islam as it’s lived by ordinary Muslims, and doesn’t reflect how Muslims view their religion and their prophet—as promoters of justice and peace. It also ignores the fact that the number of attacks committed by Muslims in Western societies is quite low. In the last five years, only 2% of all terrorist attacks in Europe have been “religiously motivated.” Muslims have carried out only 6% of terrorist attacks on U.S. soil since 1980.

Though attacks against Muslims in the West receive little coverage, they have been far more widespread. Since December 2014, at least five Muslims in the U.S. and Canada have been killed—including three young family members in Chapel Hill, North Carolina, in April—in attacks that many believe were motivated by Islamophobic bias. Across the U.S., police are investigating other murders of Muslims, verbal threats, physical attacks, and mosque vandalisms that have occurred in recent months. Muslim civil rights organizations have also noticed a considerable uptick in attacks against Muslims since the rise of ISIS.

Islamophobic incidents in Europe have also risen. From mid-2012 to mid-2014, anti-Muslim attacks increased considerably in London, according to the U.K.-based monitoring organization, TellMAMA. A recent study from Teesside University found that spikes occurred in the wake of “jihadi” attacks in Paris, Sydney, and Copenhagen. Anti-Muslim incidents in France also increased steadily from 2005 to 2013. In the two days after the Charlie Hebdo attack in January, TellMAMA counted 15 major attacks against Muslims or Muslim institutions in France.

Muslims make up a minority religious community that is constantly demonized in the media and political discourse in the West. In this climate, ordinary people—who perhaps have never met a Muslim—have been responding to the depiction they’ve been fed for decades: that Muslims and their religion are a threat to the well-being of Western society. That’s what Jon Ritzheimer did when he organized the anti-Islam rally last month outside a mosque in Phoenix, Arizona, which was attended by protestors armed with military-grade weapons. And it’s what Jerry DeLemus and Dean Remington are doing with their respective plans to organize a Geller-inspired Muhammad cartoon contest in New Hampshire and an anti-Islam rally in Tucson.

But these threats are only perceptions—misperceptions—grounded not in facts or personal experience but in propagandistic portrayals. AFDI’s Muhammad ads make Muslims, the demonized group, actually look like the demonizer. The group’s latest campaigns contribute to these misperceptions and the more general climate in which Muslims are depicted as an existential threat and therefore treated as such.

During a period when anti-Muslim attacks are already high, these ads make Muslims feel less safe, and they’re right to be upset about the promotion of these cartoons. In fact, we should all take offense to their dissemination. In diverse, pluralistic societies, Muslims and non-Muslims alike should not stand by as an entire religious group is made to look like the enemy. 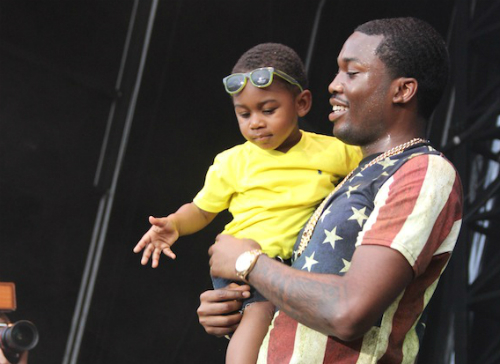 Being a Father Means Giving My Son the Life He Deserves
Next Up: Editor's Pick