Pope Francis is expected to take a strong stand on climate change in a major new papal document to be released Thursday. But faith leaders from other religions are already stating their support.

On social media and in formal statements, Protestant, Jewish, Buddhist and Muslim leaders have backed the pope’s call for strong action to address climate change.

The Church of England

Archbishop of Canterbury Justin Welby signed a declaration Wednesday warning of the “huge challenge” posed by climate change and promised to pray for the success of the United Nations Climate Change Conference in Paris later this year.

Inspired by Francis, 333 rabbis wrote a rabbinic letter on climate change. One of the authors, Rabbi Arthur Waskow, explained their thinking in a June 6 editorial in the Forward:

“Can we prevent worldwide climate-spawned disasters? Can we turn our science and our moral wisdom toward shaping a world of shared, sustainable abundance — eco-social justice?”

The Dalai Lama said Wednesday that everyone should strive for a “oneness of humanity” because climate change affects the entire planet.

In a statement to TIME, Imam Mohamed Magid of the Islamic Society of North America said that this Ramadan, Muslims should heed the Pope’s call:

“People of all faiths can come together for this cause because the concept of stewardship on Earth is a shared belief,” he said. “Appreciating the blessings bestowed upon us by our Creator is a value that we all take great care to respect.” 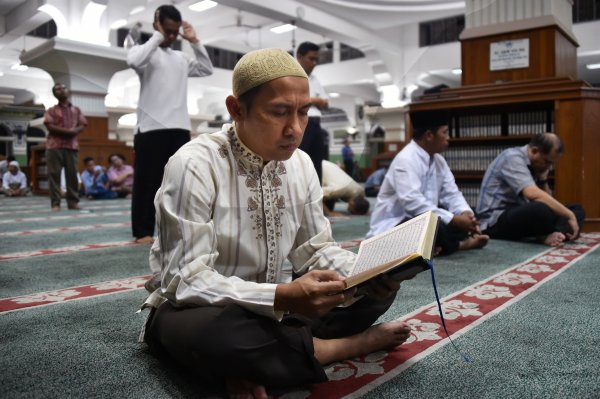 Why Muslims Celebrate Ramadan
Next Up: Editor's Pick