This Ingredient Is Why a French Minister Wants to Boycott Nutella

A French minister launched an international spat this week with her declaration that consumers should avoid their favorite Italian chocolate spread if they want to help save the environment.

“We have to replant a lot of trees because there is massive deforestation that also leads to global warming. We should stop eating Nutella, for example, because it’s made with palm oil,” French Ecology Minister Ségolène Royal told television channel Canal+ on Monday. Royal’s Italian counterpart fired back quickly, demanding that she “leave Italian products alone.”

But aside from the complicated diplomatic reasons behind the feud, Royal is right to call out palm oil as a key cause of deforestation and a contributor to climate change. Oil palm, the species of palm that produces the edible vegetable oil, is primarily produced in the tropics, and farmers first have to clear a large swathe of forest when they want to build a new plantation.

The results can be devastating for biodiversity. Oil palm plantations don’t even come close to supporting the same amount of wildlife as the forests they replace. For example, approximately 75% of bird species and 80% of butterflies are lost when forest land is converted to palm oil plantation land, according to one study.

“It’s the single greatest immediate threat to tropical forests and wildlife,” said David Wilcove, Princeton University professor of public affairs and ecology and evolutionary biology. “It is the leading cause of deforestation and has been for a number of years.”

Beyond ecology, deforestation also contributes to climate change. Forests act as carbon stores that hold carbon that is released into the environment when deforestation occurs. Oil palm plantations simply can’t compete with the carbon-storing ability of forests.

This is all bad news for the environment, but boycotting Nutella likely wouldn’t help very much. There’s still a good chance you would find it in the cookies you eat, the shampoo you use to wash your hair, or in one of the thousands of other products that rely on it. “It’s very difficult to avoid it,” said Wilcove. “It’s not like dolphin-safe tuna where there’s a very discrete product that you can decline to purchase.”

Finding companies that requires their suppliers to produce palm oil sustainably should be one part of minimizing the environmental impact of oil-palm plantations, Wilcove says. Palm oil farmers can rely on land that has already been cleared and not plant in areas with peat soil, which serve as carbon stores themselves. If farmers must clear forest, they can at least avoid areas with endangered species. There’s even an organization, the Roundtable on Sustainable Palm Oil, that develops standards on how to cultivate the oil sustainably and monitors its production.

And that’s what’s so strange about Royal’s remark. Nutella’s manufacturer, Italian chocolate-maker Ferrero, has taken significant steps to guarantee that its palm oil comes from sustainable plantations and has even been described as a “mover and shaker” worth emulating in this area by environmental group Greenpeace. “The most important thing that consumers can do is to pressure the large purchasers to insist that their suppliers not create any new plantations on critical lands,” Wilcove said.

So perhaps consumers ought to buy more Nutella, not less. 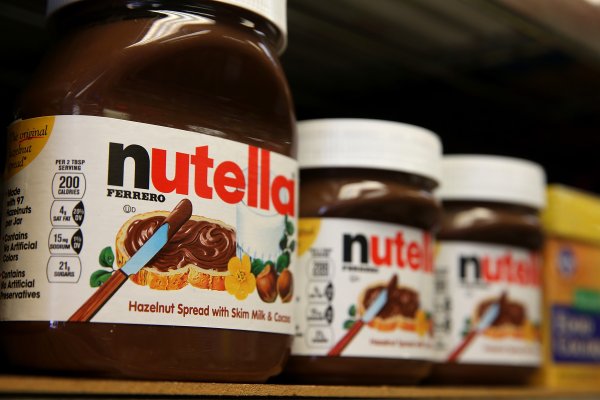