“Bitch I’m Madonna” works because its meaning is ambiguous. Its titular phrase has all the tongue-in-cheek fun of saying you’re #flawless or that you “woke up like this”—we aren’t and we didn’t, really—but it turns Madonna’s icon status into a dizzying dance-floor weapon only she could wield. The ever-changing queen of reinvention has had her identity up for debate on her last few albums, but it’s hard to imagine any other pop act pulling off such a song title. (Except maybe Fifth Harmony in a “Like Mariah”-esque tribute.) And though the video’s guest list and poster have invited some comparisons to Taylor Swift’s celebrity-studded “Bad Blood,” only Madonna can flex enough star power to bring together her A-list competitors (plus Rita Ora) in one place.

“Who do you think you are?” Madonna asks over and over on the song. There’s a million answers, and yet there’s only one: anyone but her. 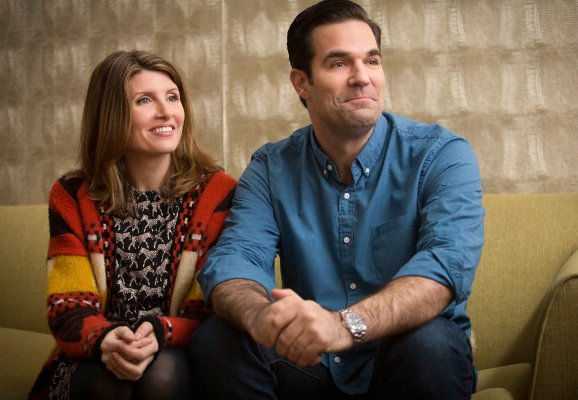 Review: Catastrophe Is Knocked Up, Grown Up
Next Up: Editor's Pick