7 Reasons Why The Battle of Waterloo is Still Important

Historical re-enactors on horseback take part in a practice drill in the Allied Bivouac camp in Waterloo, Belgium on June 18, 2015.
Dan Kitwood—Getty Images
By Tara John

It might be 200 years since the Battle of Waterloo on Thursday, but those nine hours of bloodshed on a field near the Belgian town of Waterloo changed the course of history.

It all began on June 18, 1815, when allied forces, consisting of British, Dutch, Belgian and German soldiers, thwarted the attempts of European domination by the French general and emperor, Napoleon Bonaparte. The battle marked the end of the Napoleonic Wars (1803-1815), which took the lives of 5 million people.

The anniversary is being celebrated in Europe by heads of states and the ancestors of some of the protagonists but the repercussions of the battle are still being felt today.

Waterloo laid the groundwork for Nato and the United Nations

Only 36% of Wellington’s army were actually British, the rest comprised of Dutch and Belgian nationals and soldiers from various German duchies. Then there was the 50,000 strong Prussian army (Prussia later became a part of Germany), which worked in alliance with Wellington’s forces to defeat the French, which explains why U.K.’s former defence chief Lord Bramall called Waterloo “the first Nato operation.”

In Lord Byron’s poem, Childe Harold’s Pilgrimage, “united nations” was mentioned in the Waterloo Passage. This was picked up by Winston Churchill when discussing the allied war aims after Pearl Harbor and the term was eventually used to name the famous global organisation.

It paved the way for the U.K. to become a global power

The Vienna Treaty that followed Waterloo didn’t give the U.K. land in Europe, but it did hand over territorial possessions, such as modern day South Africa, Trinidad and Sri Lanka. These become the strategic naval bases the U.K. subsequently used to control its vast colonial empire. France had been the world’s superpower for centuries, with it out of the way, there was no one to compete with Britain until the U.S. emerged as a power in the 20th century.

And laid the foundations for the eventual emergence of the U.S. as the world’s superpower

With war disrupting European industry, demand for American products increased massively during the Napoleonic Wars, with its neutrality allowing it to sell to both sides. Although trade was occasionally disrupted by British and French blockades and navies,(and the 1812 Anglo-American War) in the end need for American grain and cotton trumped other considerations.

The Prussians’ contribution to the defeat of the French Army at Waterloo entered the mythology of the Prussian state, creating a sense of nationalism which then played a key part in the formation of the new German Empire after 1870. Ultimately, this led to the hyper-nationalism which enabled the rise of the Nazi party and the Third Reich.

It has implications for the future of the European Union

Waterloo was not just a military battle. It was also a battle between the concepts of the nation state and the supranational state. The U.K. and its allies were fighting Napoleon’s desire to impose a single state in Europe, which he would control. Napoleon’s defeat meant the victory of the nation state over other concepts such as Napoleon’s French Revolutionary Empire and Holy Roman Empire before it. Two hundred years later, the idea of a pan-European state has become more fashionable but is resisted by many.

The French are, understandably, still a little prickly about that day

Earlier this year, the French tried to block the Belgians from minting a Battle of Waterloo euro coin. The French government has also shown little interest in the week’s anniversary events. While the U.K. and the Netherlands sent members of their royal family to the commemoration ceremony on Wednesday, the only French representative was their ambassador to Belgium.

It inspired a series of famous quotes

“His presence on the field made the difference of forty thousand men.” Wellington describing Napoleon.

“It has been a damned nice thing — the nearest run thing you ever saw in your life.” Wellington

“Waterloo is not a battle; it is the changing face of the universe.” Victor Hugo, author of Les Miserables

“The battle of Waterloo was won on the playing fields of Eton.” A quote that is commonly misattributed to Lord Wellington, but was in fact said by George Orwell 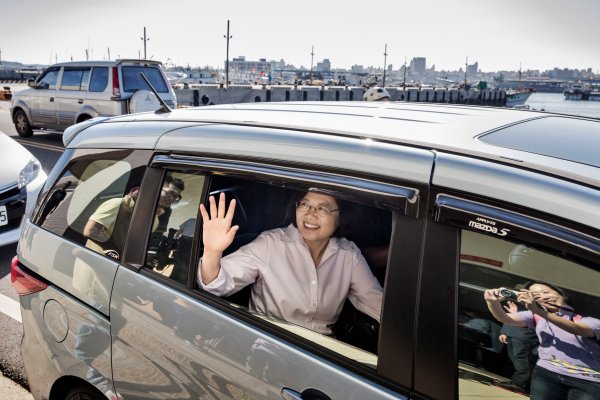