Rachel Dolezal: I Didn't Want to Be Limited to My Biological Identity

The former NAACP chapter leader accused of falsely portraying her racial identity continued on Tuesday to defend her controversial decision to “live blackness.”

Rachel Dolezal, whose parents said last week that she was misidentifying passing herself off as part-black, told People how she came to self-identify as black. “From a very young age I felt a spiritual, visceral, instinctual connection with black is beautiful,” Dolezal said. “I was socially conditioned … to be limited to whatever biological identity was being thrust upon me and being narrated to me.”

The former leader of the Spokane, Wash., chapter of NAACP broke her silence earlier on Tuesday in a televised interview. “This is not some freak, Birth of a Nation blackface performance,” she told TODAY. “This is on a real connected level how I’ve had to go there with the experience.” 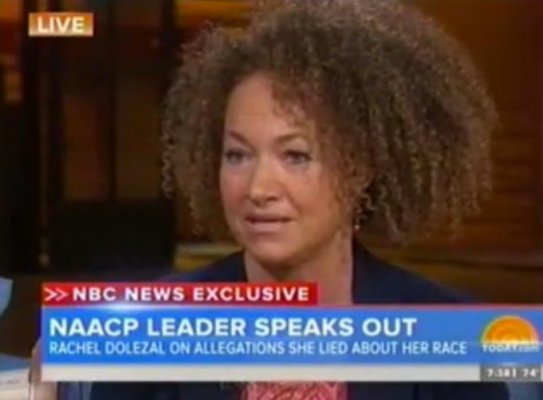 Rachel Dolezal Speaks Out: 'I Identify as Black'
Next Up: Editor's Pick