Indiana Mayor Comes Out as Gay in Local Newspaper

South Bend Mayor Pete Buttigieg came out as gay in an essay published on Tuesday, June 16, 2015, in the South Bend Tribune.
Joe Raymond—FILE/AP
By Katy Osborn

The mayor of South Bend, Ind., publicly came out as gay on Tuesday in an editorial, hoping that his openness would encourage others to follow suit.

Pete Buttigieg, a 33-year-old democrat and former Navy veteran who’s serving a second term as mayor, opened up in the South Bend Tribune about struggling to understand himself and emphasized that his sexuality has no bearing on his performance in any profession.

“I was well into adulthood before I was prepared to acknowledge the simple fact that I am gay. It took years of struggle and growth for me to recognize that it’s just a fact of life, like having brown hair, and part of who I am,” he wrote. “It makes me no better or worse at handling a spreadsheet, a rifle, a committee meeting, or a hiring decision.”

Buttigieg also reached out to those who might benefit from his coming out and others who might slight him. “For a local student struggling with her sexuality, it might be helpful for an openly gay mayor to send the message that her community will always have a place for her,” he wrote. “And for a conservative resident from a different generation, whose unease with social change is partly rooted in the impression that he doesn’t know anyone gay, perhaps a familiar face can be a reminder that we’re all in this together as a community.”

His announcement comes about two weeks before the Supreme Court is expected to issue a key ruling on same-sex marriage. “Putting something this personal on the pages of a newspaper does not come easy,” he wrote, but “it’s clear to me that at a moment like this, being more open about it could do some good.” 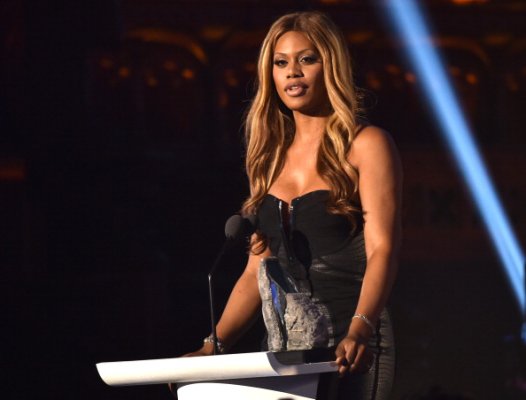 Laverne Cox to 7-Year-Old Trans Girl: 'Transgender Is Beautiful'
Next Up: Editor's Pick