Here's What Helen Mirren Has to Say About Ageism in Hollywood

Oscar-winning actress Helen Mirren made her opinion clear on Tuesday about actress Maggie Gyllenhaal’s recent revelation that she was told 37 was too old to play a 55-year-old man’s lover.

“It’s f-cking outrageous,”she said to a room of more than 100 women in the entertainment, media, theater and digital realm at TheWrap’s Power Breakfast in New York, TheWrap reports. “And ’twas ever thus. We all watched James Bond as he got more at more geriatric, and his girlfriends got younger and younger. It’s so annoying.”

Mirren, who is approaching her 70th birthday, also spoke to other aspects of being a woman in Hollywood, including her thoughts on being described as “sexual.”

“There are people who are sexual, and who are less sexual. But there’s got to be another word,” Mirren said. “Sexual is so limiting.”

As for a term she’d prefer, Mirren added, “Being powerful is so much more interesting than being beautiful.” 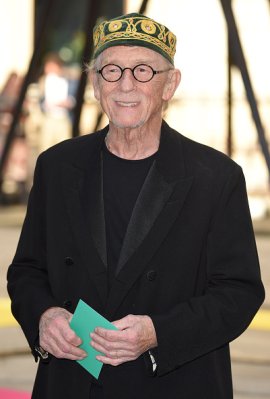 John Hurt Is Battling Pancreatic Cancer
Next Up: Editor's Pick