What started as a routine visit by a teen to her dentist to have her wisdom teeth removed has turned into a tragedy for an Eden Prairie, Minnesota, family.

Sydney Galleger, 17, died on Monday at the University of Minnesota Masonic Children’s Hospital, one week after going into cardiac arrest at the end of her extraction procedure, her mother, Diane Galleger, wrote on Caring Bridge’s website yesterday.

“We have all been blessed to have been touched by Sydney in one way or another,” Galleger wrote in a heartfelt letter to supporters. “Her faith was strong, her heart was big, her laughter was infectious and her smile could light up a room.”

Near the end of her June 2 dental procedure, Sydney’s blood pressure suddenly shot up and her pulse dropped, sending her into cardiac arrest.

The doctor quickly started CPR and dialed 911, then she “was immediately rushed to the hospital where more doctors and nurses than I could even count, started working on her,” her mother said.

An operation to reduce swelling on her daughter’s brain two days later proved unsuccessful and doctors told the family there was nothing more they could do.

“We want to rewind to (June 1) when we had our happy, healthy, funny, beautiful 17-year-old daughter,” Galleger wrote in a post on Friday after the hospital surgery. “We can’t comprehend it yet and we’re not sure when we will.”

Gallleger described Sydney as a “cool cousin” to her nieces and nephew, who loved to sleep with her ragdoll cat, Sparky, and the family’s black lab, Addie. “We will miss seeing her behind the wheel of her red Jeep Liberty that she nicknamed ‘Libby,’ Galleger wrote on Monday. Her daughter, who had chosen to be an organ donor, “was a loyal and true friend to all.”

Sydney was a member of the Eden Prairie girls’ lacrosse team, who also enjoyed diving, swimming and alpine skiing, Galleger added. On Saturday, friends on her lacrosse team tied blue ribbons in their hair in honor of Sydney and captured their third state championship in double-overtime in her honor.

“I was pushing to win for Sydney,” junior midfielder Kelly Wolfe, who scored the game-winning goal, told the Minneapolis Star-Tribune.

Funeral services for the teen will be held on Saturday. 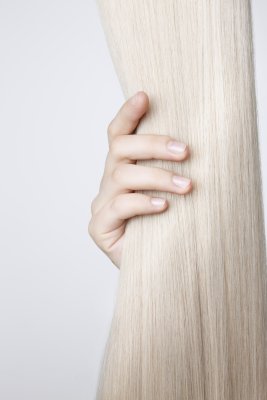 Boy Grows Out His Hair for 2 Years to Donate to Kids With Cancer
Next Up: Editor's Pick