English biochemist Tim Hunt speaks during a session at the World Economic Forum Annual Meeting of the New Champions at Dalian international conference center on September 12, 2013 in Dalian, China.
ChinaFotoPress—Getty Images
Ideas
By Athene Donald
Athene Donald is a professor of physics at the University of Cambridge.

Since Sir Tim Hunt made a few off-the-cuff remarks at a lunch in South Korea last week, there has been an increased focus on the lot of women in science. Yes, there are problems for women in science—problems that are well-documented, with often obvious solutions. Yet we don’t seem to be making much progress.

Hunt’s comments about women working in research have been interpreted as proving he is a deep-rooted misogynist whose subsequent downfall is no more than he deserved. He has been quoted as saying, “Let me tell you about my trouble with girls … three things happen when they are in the lab … You fall in love with them, they fall in love with you and when you criticise them, they cry.” He has since resigned from his position at University College London.

What worries me about the public backlash to his comments is the failure to test that hypothesis of misogyny. His remarks are indubitably offensive and totally inappropriate, even if he meant them as a (badly misjudged) attempt at humor. But as has since become clear, what he said about “girls” falling in love referred to his own life. His most recent apology sounds heartfelt enough to satisfy.

Yet the media storm has simply analyzed the remarks at face value and not looked at the totality of his lifetime contributions and the evidence of how he has treated women over five decades of research activity. There still seems to be a lack of hard evidence of long-term sexism in his behavior. On the contrary, from my own knowledge—I have sat with him on several committees—he has actively championed women for appointments and promotions and offered support where he could. He has expended much of his life since winning the Nobel Prize in 2001 for his work on cell cycle regulation in traveling the world to enthuse young scientists, men and women, something he will likely no longer be able to do.

The cause of women in science is dear to my heart, and despite arguments that his remarks are damaging, I remain unconvinced that this cultural challenge is well-served by destroying a man’s reputation for three crass sentences. His resignation from his honorary position at University College London was made with such rapidity that it’s hard to imagine any thorough investigation had been made. His departure from the European Research Council Scientific Council, a committee on which I have served with him, followed swiftly after. (The Scientific Council itself was not party to that decision.)

My plea is that we now move on from attempting to analyze this ghastly episode. Maybe my view is colored because I know and admire Sir Tim for his lifetime contributions to science and his work inspiring future generations. My generation may be more forgiving of him than some of my younger colleagues because I knew people of my father’s and grandfather’s generations who said sexist things yet who could still accept that times were changing and go on to encourage the girls in their family to follow their dreams.

It’s too late to save Hunt’s reputation. But it’s not too late to use the energy gained in this debate to renew efforts to root out the ills that make life difficult for women in science. We can ensure that families and schools do not deter young girls who love science and math from pursuing careers in those fields. We can ask Google to make its image gallery of professors showcase women in their top 10 images—a suggestion that came via Twitter in response to the list of #just1action4WIS I put on my personal blog. We can choose a range of toys that do not stereotype children by gender, demand that the media represent women in the workplace fairly and without sexual objectification, and ensure that women who appear to be being disadvantaged are supported. That way, the future for women in science may genuinely be better. 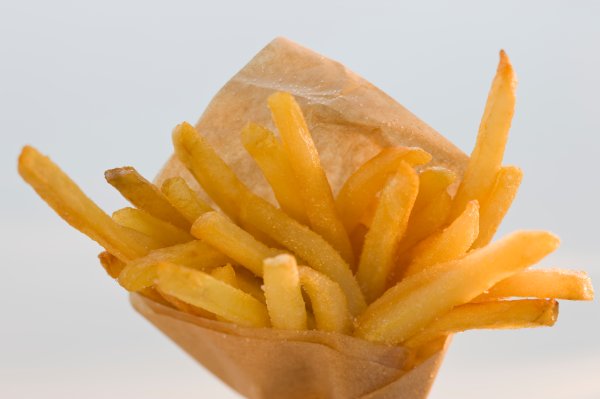 The FDA Finally Caught Up to Science on Trans Fats
Next Up: Editor's Pick