Counseling women on the best forms of birth control cuts the rate of unintended pregnancy, according to a new study.

Not all birth control options are equally effective. The intrauterine device (IUD) and implant—referred to as long acting reversible contraception (LARC)—are more effective than the pill or condom. The failure rate for the IUD is as low as 0.2%; for the pill, that rate is 9%. (It’s even higher for a condom, at 18%.) Yet only 7.2% of the population uses LARC.

That number may increase with better counseling, suggests the new study published in the journal The Lancet. Researchers found that when women are counseled about the effectiveness for various forms, they choose LARC more often and have fewer unintended pregnancies.

The researchers looked at 40 Planned Parenthood clinics in the United States and assigned 20 of the clinics to receive training on counseling and insertion for IUDs and implants. The other 20 offered standard care. More than 1,500 women ages 18 to 25 who visited the clinics—and who didn’t want to get pregnant in the next year—were enrolled in the study.

The study authors conclude that counseling may strengthen a woman’s perception of her control over her pregnancy risk, and she therefore may choose more effective contraceptives.

“Unintended pregnancy has been one of those basic health issues that has persisted as a stubborn problem in the U.S., especially among 18-25 year olds,” says study author Cynthia Harper, a professor of obstetrics, gynecology & reproductive sciences at the UCSF Bixby Center for Global Reproductive Health. “We’re excited to be able to offer providers an intervention that can help them educate women on the range of FDA-approved contraceptives and to be able to offer the methods with highest efficacy—IUDs and the transdermal implant—along with other more commonly used methods such as the pill.”

Counseling like the kind in the study could take place in places beyond Planned Parenthood clinics, Harper says. “The counseling could be brought to health centers at schools,” she says. “We are also beginning to help develop curriculums for high school students to learn about all of the methods of birth control, including IUDs and implants, so they have the knowledge they need when the time comes for them to make their own birth control choices.”

Read Next: The Best Form of Birth Control 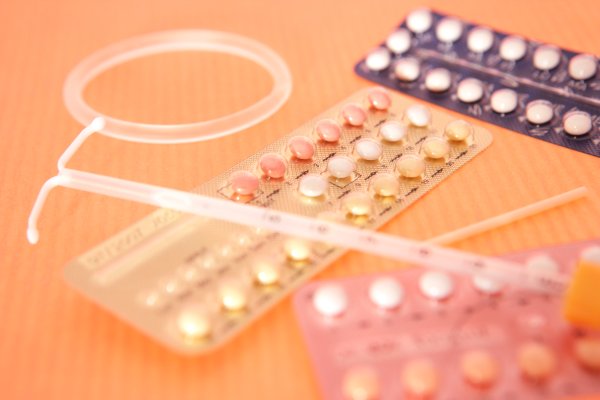 IUDs Are Getting More Popular With American Women
Next Up: Editor's Pick