An Oklahoma judge ruled Wednesday that a provision allowing the state to hide where it gets its execution drugs is unconstitutional.

As states have struggled to obtain the necessary chemicals to carry out lethal injections, secrecy laws giving hesitant drugmakers anonymity have become increasingly common. About a dozen states—including Florida, Georgia, Louisiana, Missouri and Tennessee—either have pending bills or laws on the books protecting drugmakers, or have state policies that are used to keep information about the drugs hidden. But Wednesday’s decision could be the first step toward chipping away at some of those provisions.

Oklahoma district judge Patricia Parrish ruled that the state’s secrecy statute is unconstitutional because it cloaks lethal injection information, making it all but impossible for courts to make a determination about whether an execution protocol is lawful.

“What we saw today is another example of courts being concerned that they’re denied access to information they need to make constitutional decisions about carrying out executions,” said Jen Moreno, staff attorney for U.C. Berkeley School of Law’s Death Penalty Clinic. “You can’t go into court with a claim if you don’t have information on what the state is planning to do.”

In addition to protecting drugmakers’ anonymity, Oklahoma changed its drug protocol this week to allow the department of corrections to choose from one of five drug combinations after running into difficulty obtaining the necessary chemicals.

While the ruling only affects Oklahoma law under the state’s constitution, it could have ripple effects for other states with secrecy provisions.

“When it comes to lethal injection, states have always paid attention to what’s happening in other states, whether it’s switching to different drugs or different methods,” said Deborah Denno, a Fordham University law professor who studies capital punishment. “And I think other judges are going to take this decision into consideration.” Denno added that Judge Parrish was quoted as saying that the issue was “not even a close call.”

“If you have a judge in such a key death penalty state saying it wasn’t a close call, that’s powerful,” Denno said.

The state—the first to use lethal injection in 1977—will likely appeal the decision. It’s unclear how the ruling will affect Clayton Lockett and Charles Warner, two Oklahoma death row inmates scheduled to be executed next month. Their execution dates have already been postponed after the state had trouble obtaining pentobarbital and vecuronium bromide. 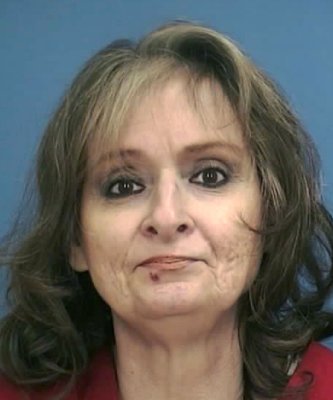 State May Execute First Female Convict in 70 Years
Next Up: Editor's Pick