Kuhn’s memory confirms a claim relayed to thriller novelist Brad Meltzer by two Secret Service agents that Reagan carried a pistol when he was president. “A .38,” Meltzer wrote in a June blog post for the New York Daily News. “Reagan used to hide it in his briefcase and take it on Air Force One.”

Kuhn said that for several years during the Reagan presidency he regularly went into the President’s briefcase to retrieve or place papers. “I saw the gun one time in his briefcase, one single time,” Kuhn said. “And that was it.”

Other administration officials and historians have been skeptical of the suggestion that Reagan traveled as president with a gun in his briefcase. David C. Fischer, who worked closely with Reagan before his election and became his special assistant during his first term, told TIME, “I never saw a gun in his briefcase.” Ken Duberstein, Reagan’s former chief of staff, said he had “no reason to believe” the claim was true.

Lou Cannon, a journalist who covered Reagan as a reporter and has written five books about him, also said he could not confirm the claim. “It’s so off the wall that I don’t what to say,” he said. “I think it’s a fantasy, at best.”

David Woodward, the author of “Ronald Reagan: A Biography,” added that he’d never seen any evidence that Reagan regularly carried a weapon. “It’s the kind of thing you would have heard of,” he said.Similarly, H.W. Brands, whose new biography of Reagan is out this year, told TIME, “I’ll believe the evidence when I see it.”

Stories of Reagan carrying a weapon at different points in his life have appeared in several books, including Garry Wills’ Reagan’s America: Innocents At Home and Edmund Morris’ Dutch: A Memoir of Ronald Reagan, both published 15 years ago.

Morris wrote that Reagan acquired a gun after college in the 1930s. “It is a fact … that RR did acquire a 1934 Walther PPK .380 pocket-sized police pistol early in his stay in Des Moines and kept it lovingly the rest of his life,” Morris wrote in a footnote in his book published in 2000, which used unusual narrative techniques for a historical work, including a fictional narrator. “He even toted it in his briefcase as President.”

Ronald Kessler’s In The President’s Secret Service, published in 2009, repeats a version of the story. During a campaign trip before becoming president, a Secret Service “agent noticed that [Reagan] was wearing a pistol and asked what that was for,” Kessler writes. “‘Well, just in case you guys can’t do the job, I can help out,’ Reagan replied. Reagan confided to one agent that on his first presidential trip to the Soviet Union in May 1988, he had carried a gun in his briefcase,” according to Kessler.

Robert Dallek, a historian and the author of Ronald Reagan: The Politics of Symbolism, published in 1984, reports that in the late 1940s, when Reagan was active in labor negotiations as a leader of the Screen Actors Guild, he received threats of violence. He later began carrying a weapon provided by police, Dallek says.

“Thereafter, I mounted the holstered gun religiously every morning and took it off the last thing at night,” Dallek quotes Reagan as saying. “I learned how much a person gets to lean on hardware like that. After ten months of wearing it, it took a real effort of will to discard it.”

Kuhn, who said Reagan owned a gun when he was governor of California, worked closely with Reagan from 1976 to 1989, and eventually become his executive assistant.

For years during Reagan’s presidency, he and the president were together “constantly,” often seven days a week, at Camp David, in the Oval Office, upstairs in the residence, Kuhn told TIME. “I was always in and out of [Reagan’s] briefcase,” making sure the president had the right documents and papers for various meetings, Kuhn said. 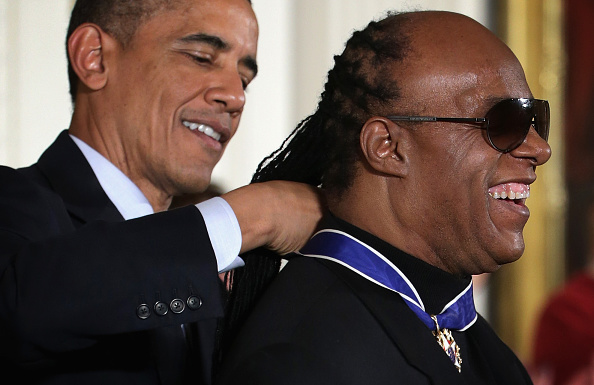 White House Grilled Over Prince Party
Next Up: Editor's Pick