A formerly homeless Iraq war veteran with a history of paranoid delusions was sentenced to 17 months in prison Tuesday for an incident in which he successfully jumped the White House fence and made his way inside the mansion’s front door, armed with a folding knife.

Omar J. Gonzalez, 43, sparked widespread skepticism of the Secret Service in September 2014 when he managed to get into the executive mansion before being intercepted by Secret Service officers. Gonzalez allegedly planned to tell the President that the “atmosphere was collapsing,” the Washington Post reports.

Gonzalez pleaded guilty back in March to two felony charges: entering restricted grounds while carrying a deadly weapon and assaulting a federal officer.

“I would like to apologize. I am sorry for my actions,” Gonzalez said in court on Tuesday. “I never meant to harm anyone. I want to commit to maintain my treatment that started at the prison.”

Gonzalez’ entry to the White House was one of several in a line of Secret Service security breaches that led to blistering scrutiny of the agency and the loss of more than half of its leadership team in the past year, including the resignation of Secret Service Director Julia Pierson in October. 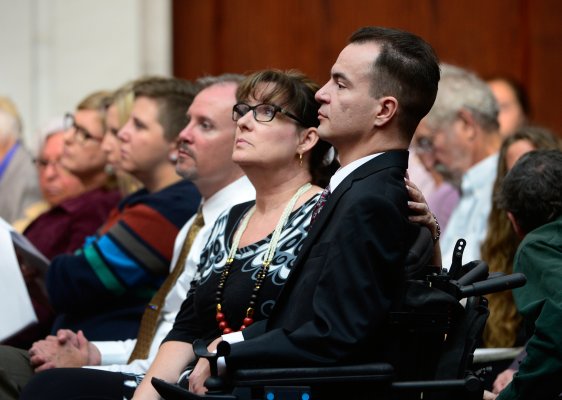 Smoking Medical Pot at Home in Colorado Can Get You Fired
Next Up: Editor's Pick