Real estate magnate and reality television star Donald Trump finally made good on his decades-long promise to seek the Republican presidential nomination on Tuesday, promising America the chance to vote for a “truly great leader.”

Taking the stage to the sounds of Neil Young’s “Rocking in the Free World” at New York City’s Trump Tower, the entrepreneur departed from his prepared remarks to deliver a lengthy monologue on global trade, the military, the U.S. economy, and most of all, Donald Trump.

“I will be the greatest jobs president God ever created,” he said. His rivals, he continued, “will never make America great again. They don’t have a chance.”

Trump’s frequent flirtations with a presidential bid have become a stock joke among the Washington press corps in recent years, but now he has finally made his intentions official. He must disclose his much-debated income to the Federal Elections Commission and may need to give up his role as the chief antagonist of NBC’s Celebrity Apprentice.

The network released a statement following Trump’s announcement, saying it would “re-evaluate Trump’s role as host of Celebrity Apprentice should it become necessary, as we are committed to this franchise.” 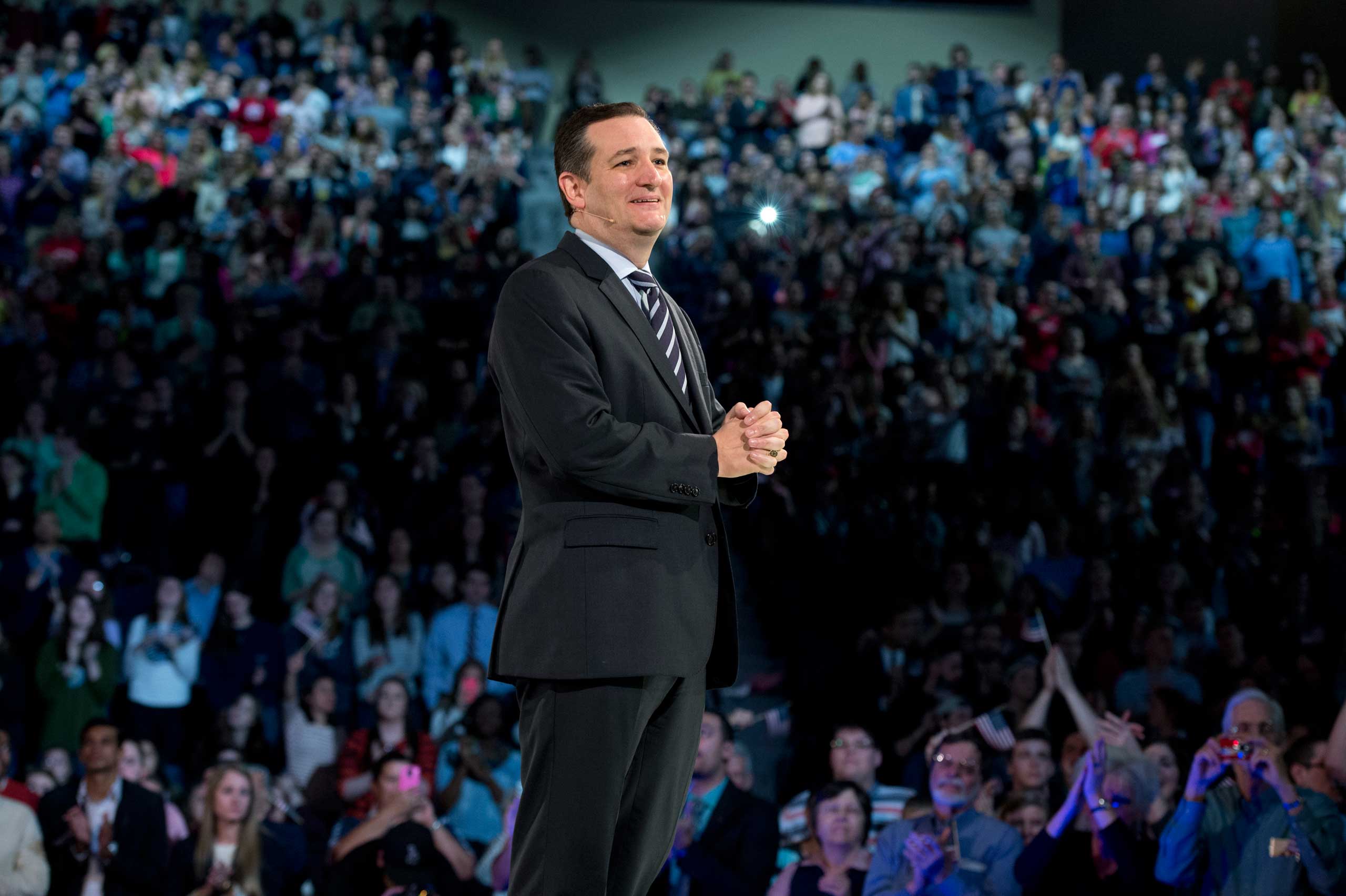 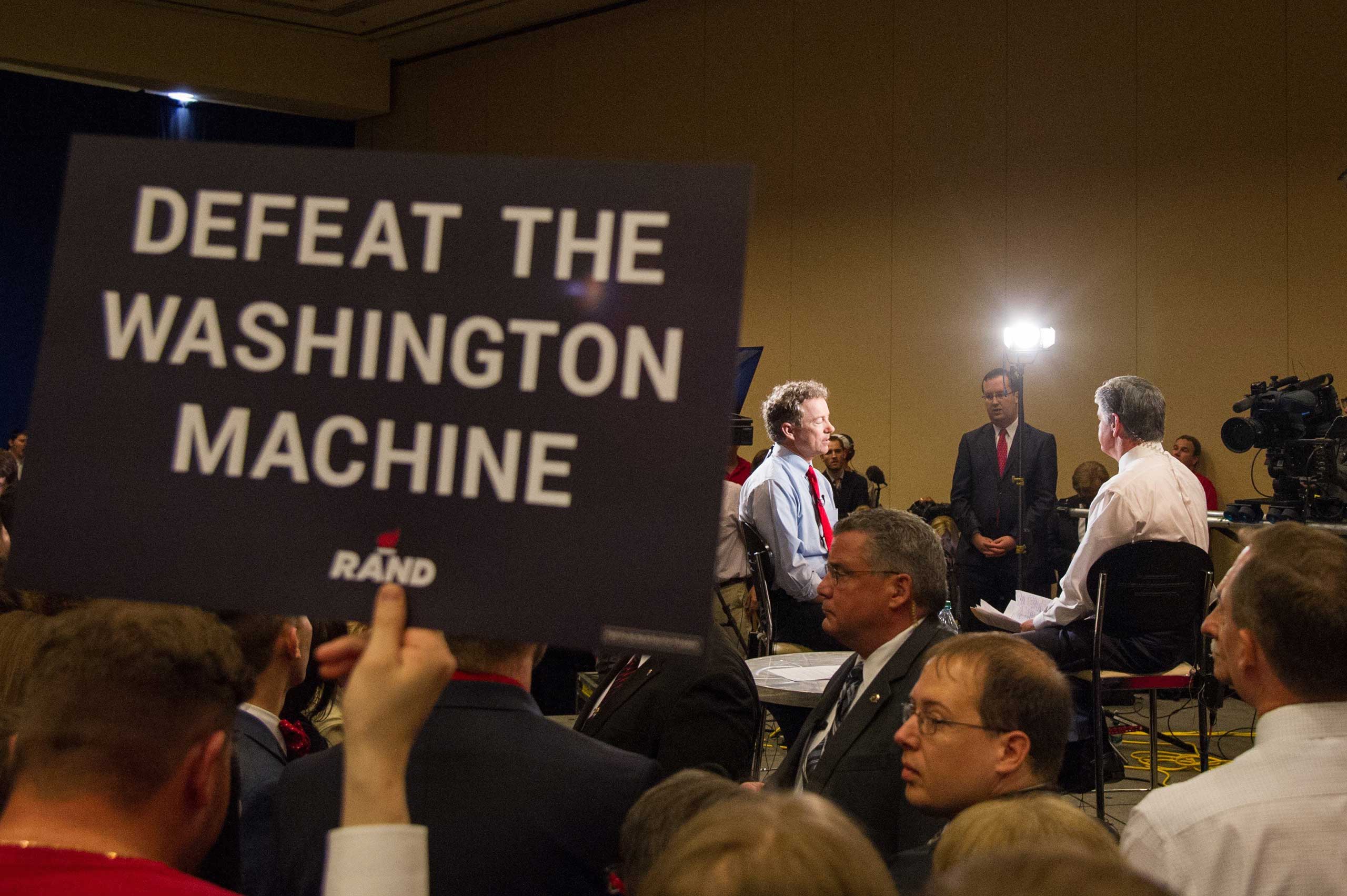 Kentucky Sen. Rand Paul launched his bid for the Republican nomination at the Galt House Hotel in Louisville on April 7. Supporters held signs with the slogan "Defeat the Washington Machine / Unleash the American Dream."
Amy Harris—Corbis 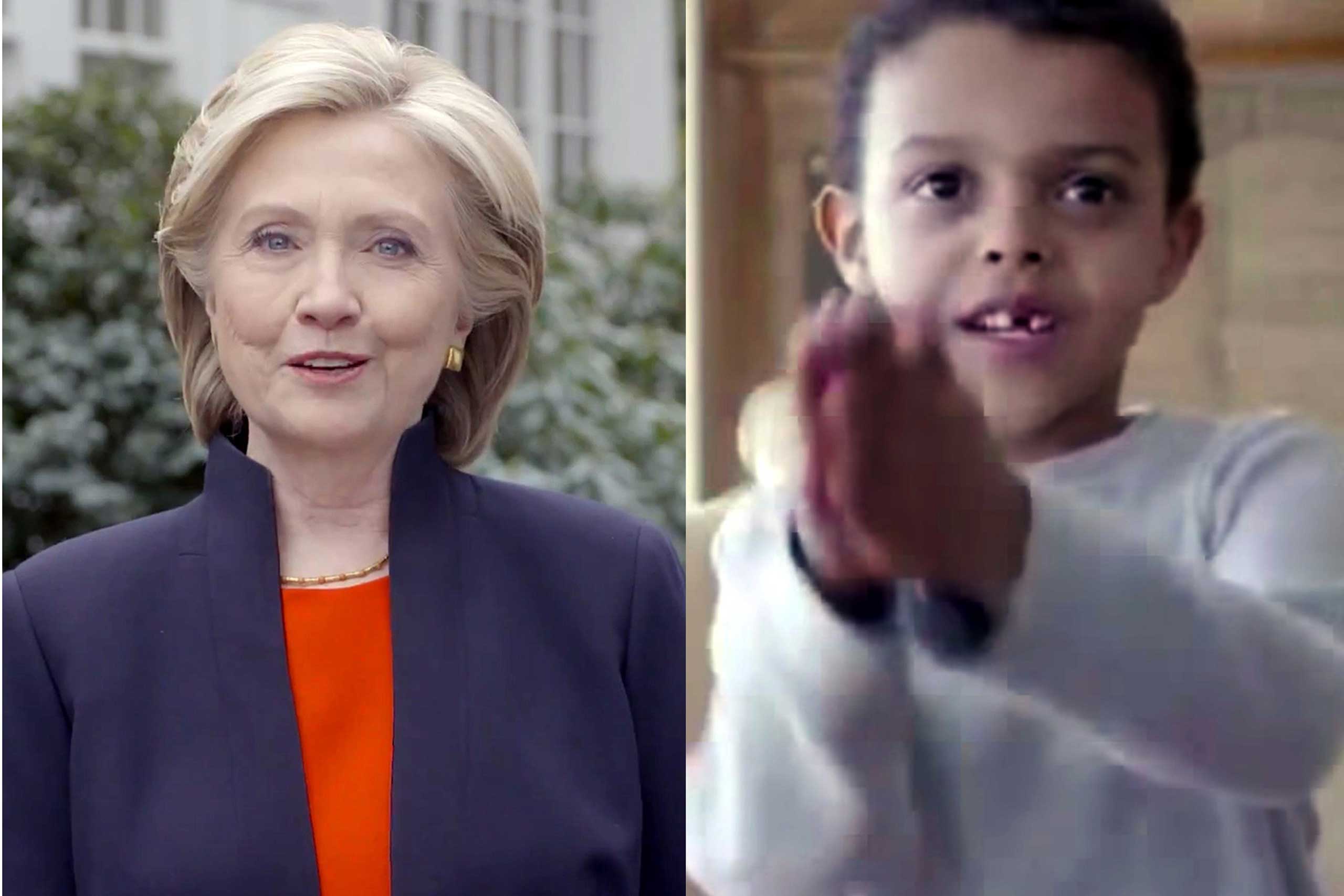 Former Secretary of State Hillary Clinton announced her campaign in a YouTube video posted April 12 that has been seen nearly 4.5 million times. One boy featured in the video boasted about playing a fish in a school play.
Hillary For America 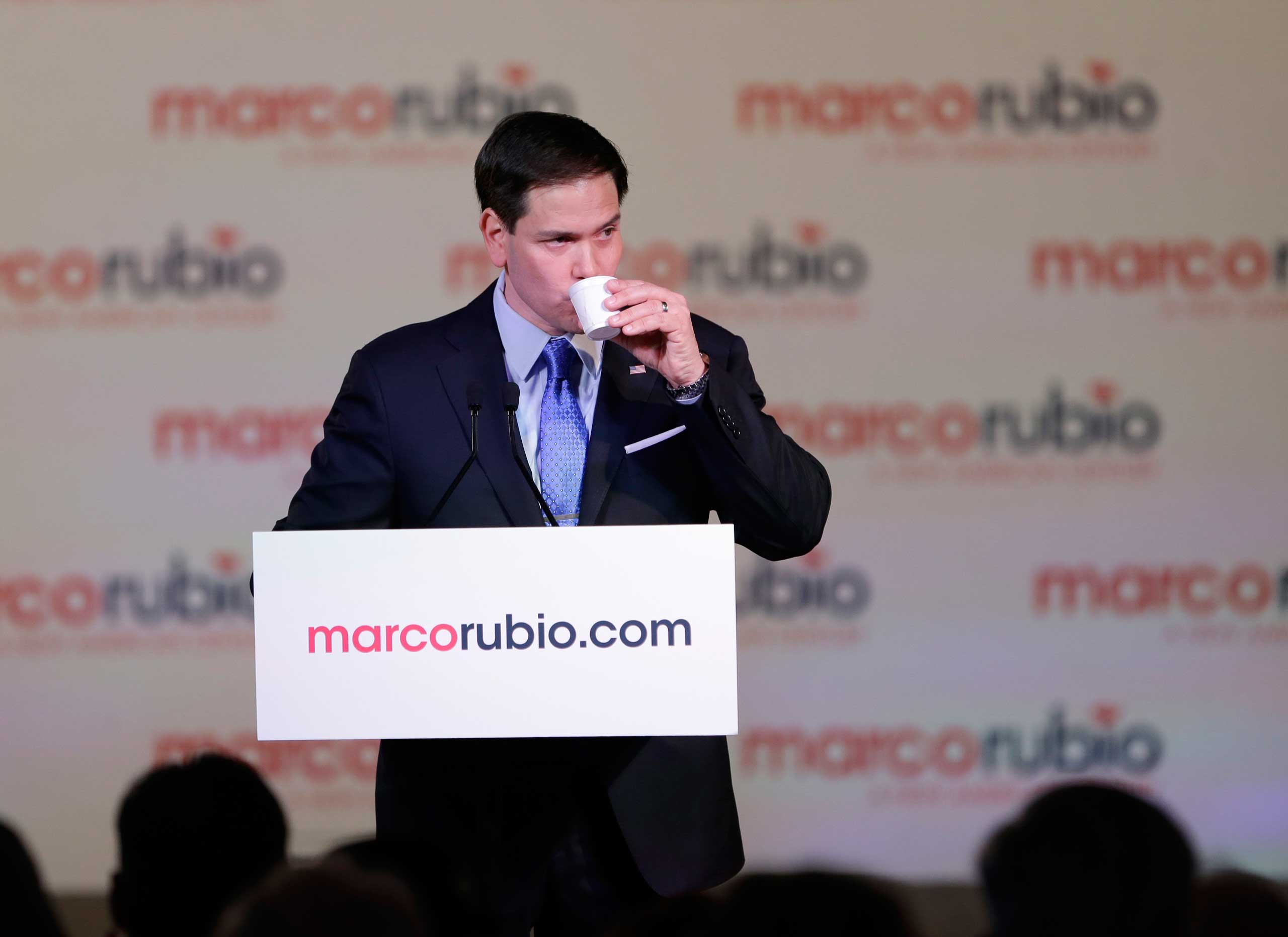 Florida Sen. Marco Rubio announced his campaign for the Republican nomination during a rally at the Freedom Tower in Miami on April 13. He took a drink of water during the speech, a callback to his State of the Union response in 2013.
Wilfredo Lee—AP 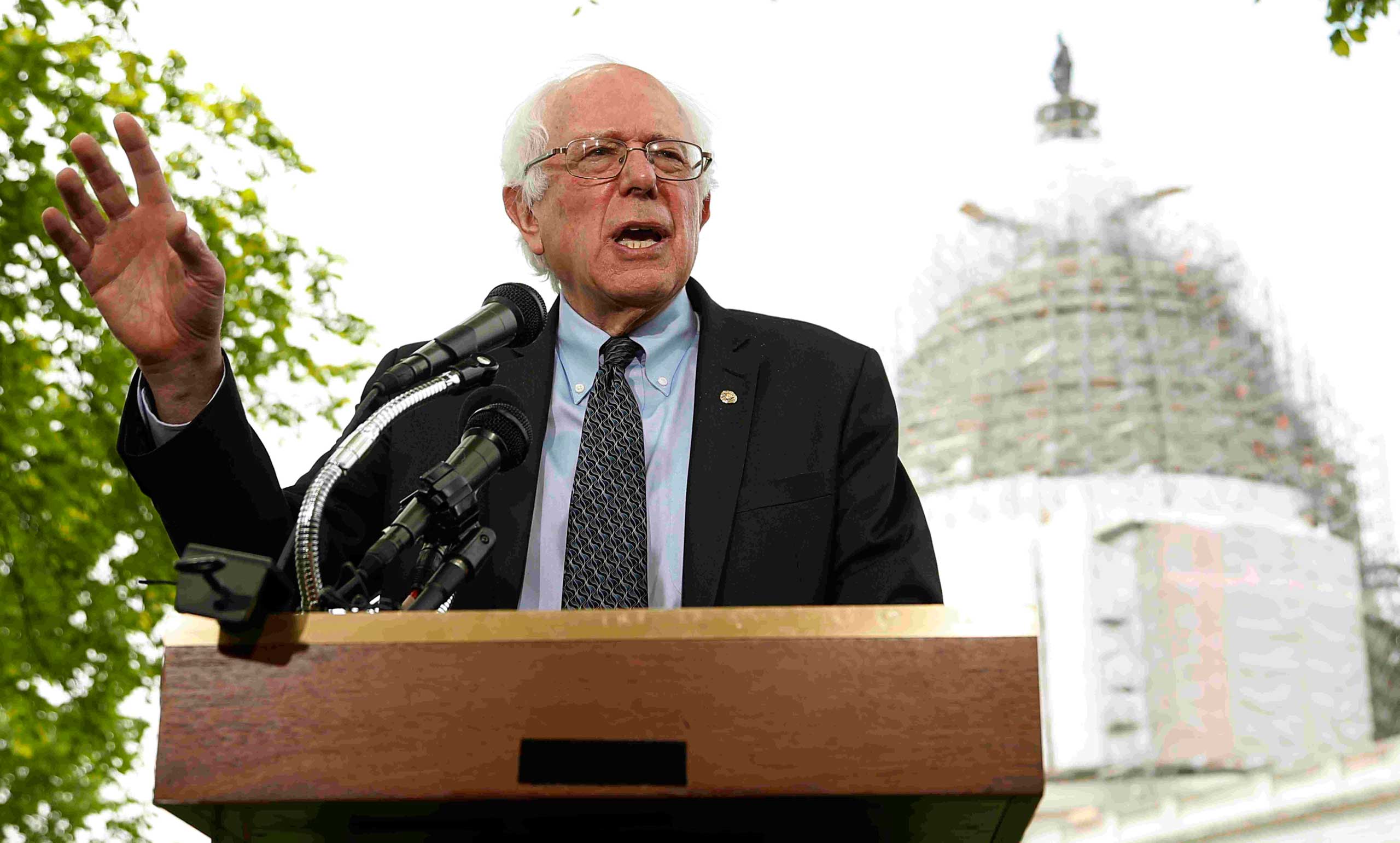 Vermont Sen. Bernie Sanders announced his bid for the Democratic nomination across the street from the U.S. Capitol on April 30, 2015. The backdrop was unusual, since most candidates rail against Washington.
Jonathan Ernst—Reuters 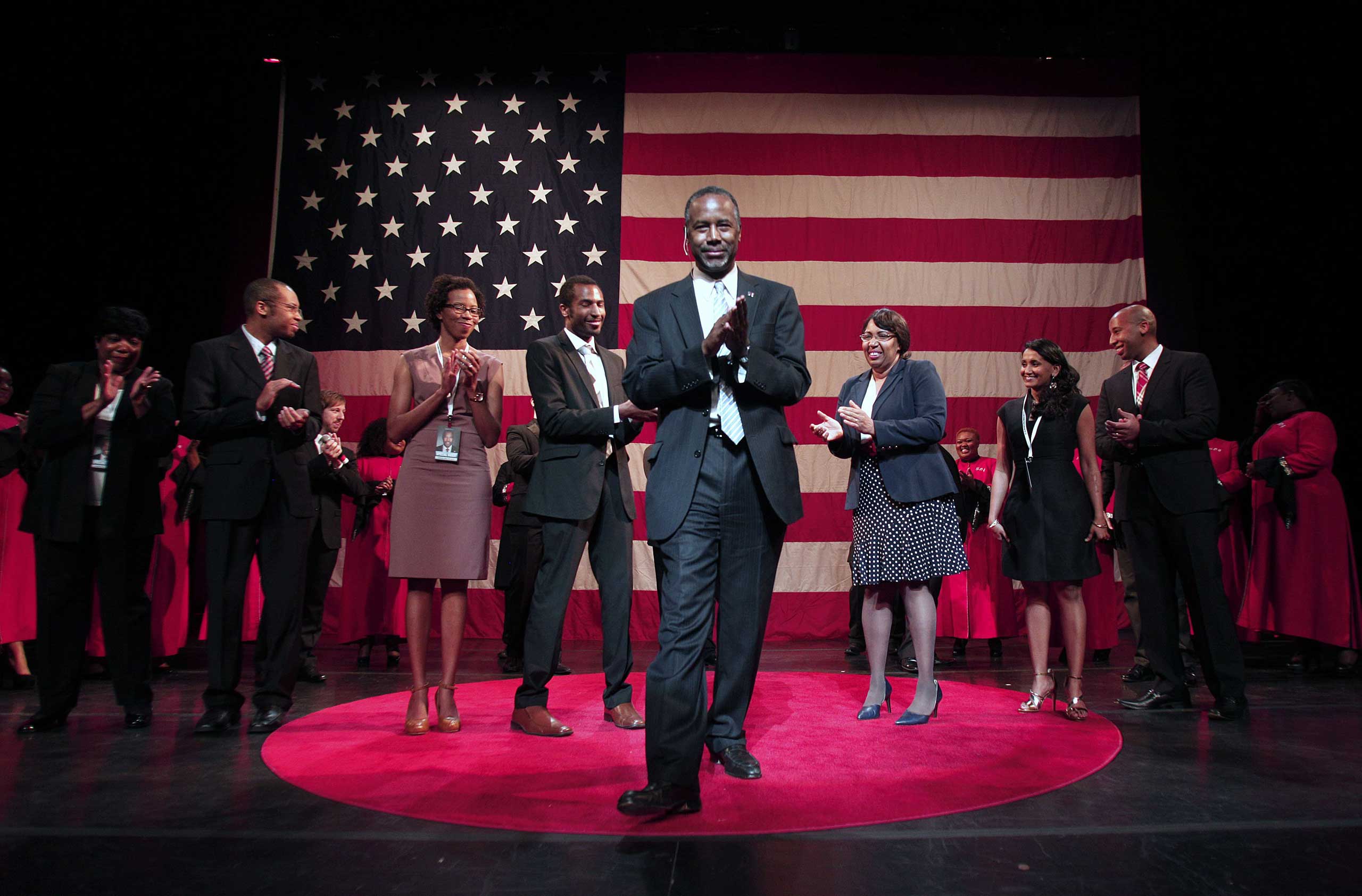 Retired neurosurgeon Ben Carson announced his bid for the Republican nomination at the Music Hall Center for the Performing Arts May 4, 2015 in Detroit, Michigan. The launch featured a gospel choir covering Eminem's "Lose Yourself."
Bill Pugliano—Getty Images 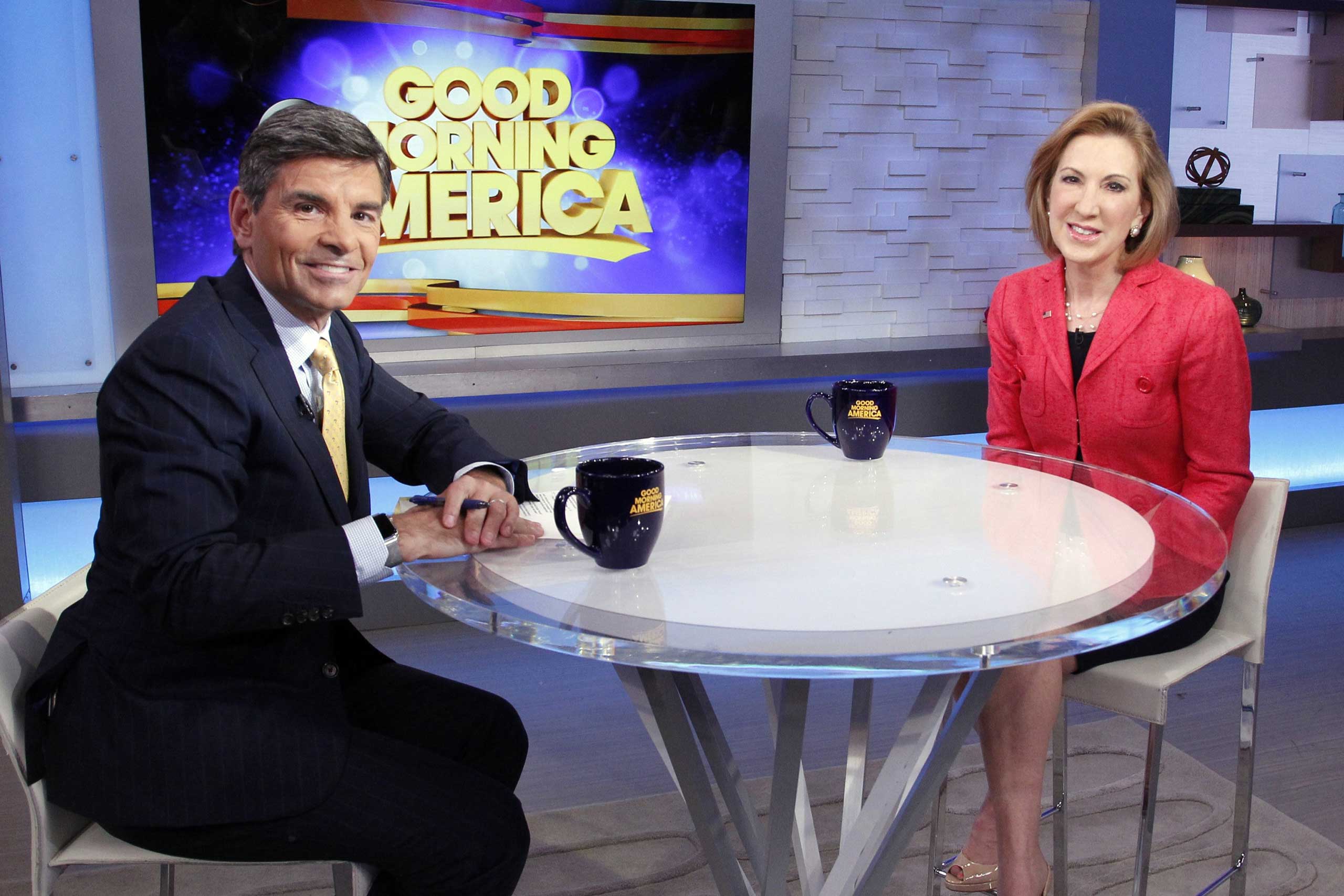 Former Hewlett-Packard CEO Carly Fiorina announced her campaign for the Republican nomination in a conference call on May 4, then went on "Good Morning America" to talk to George Stephanopoulos.
Lou Rocco—Getty Images 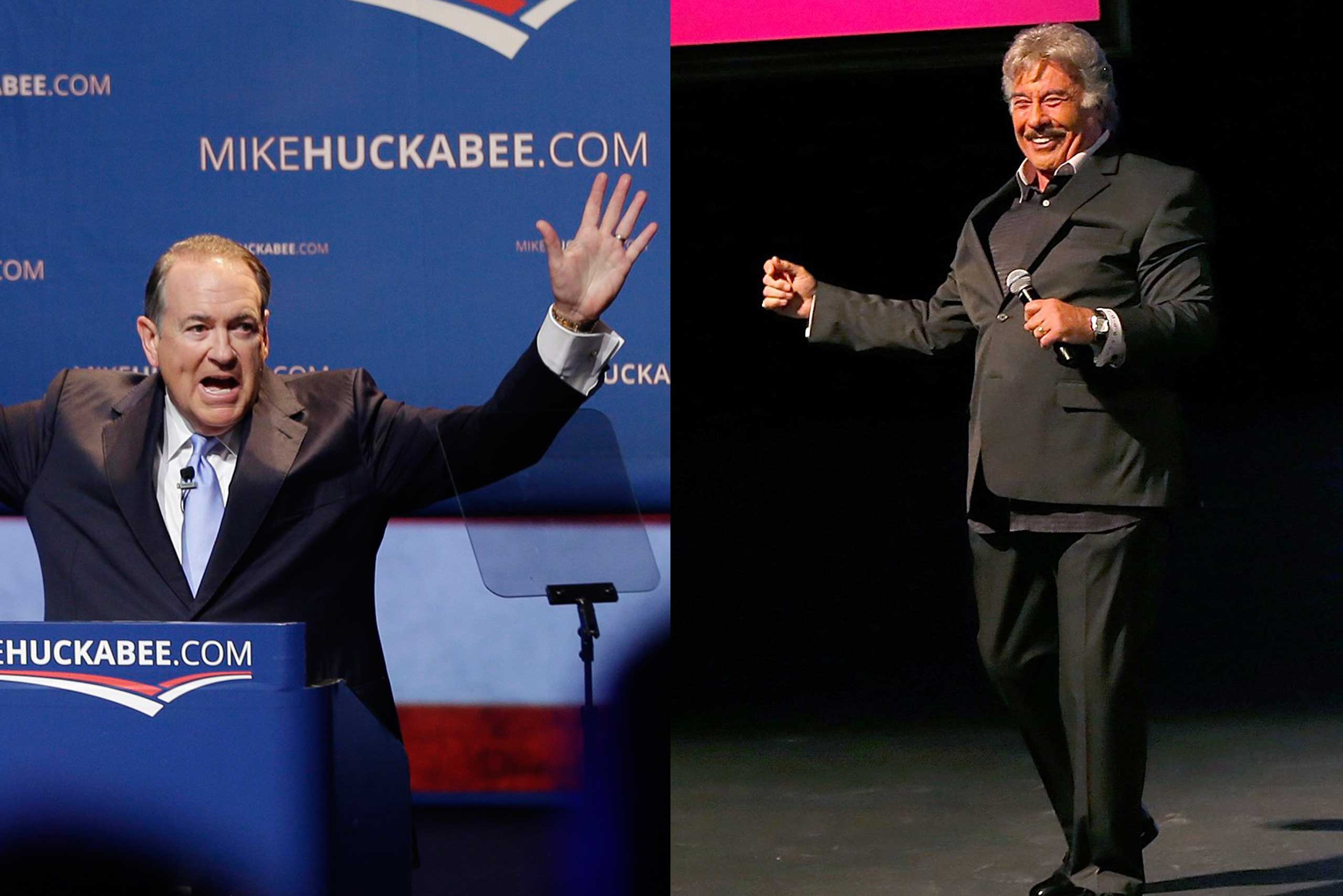 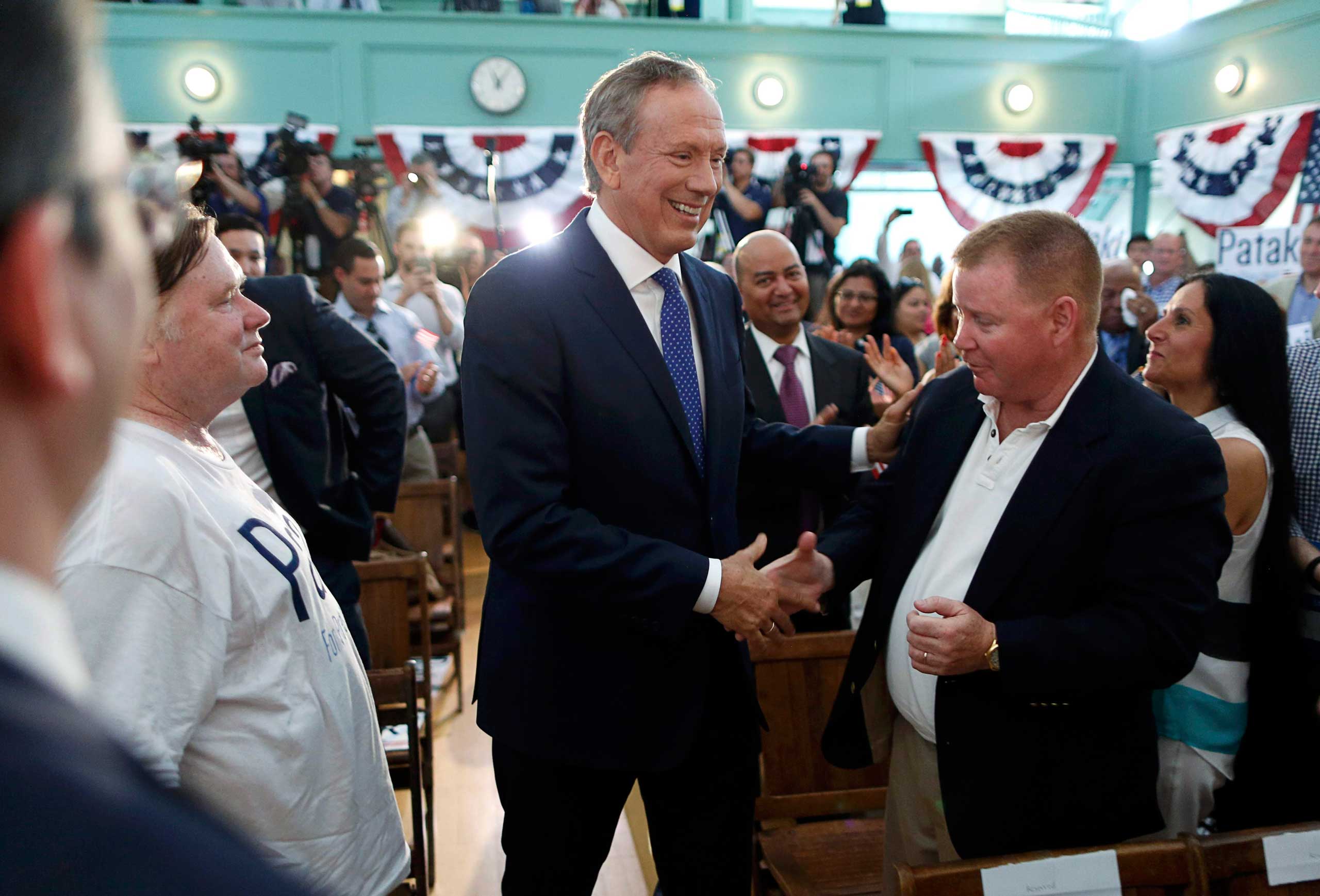 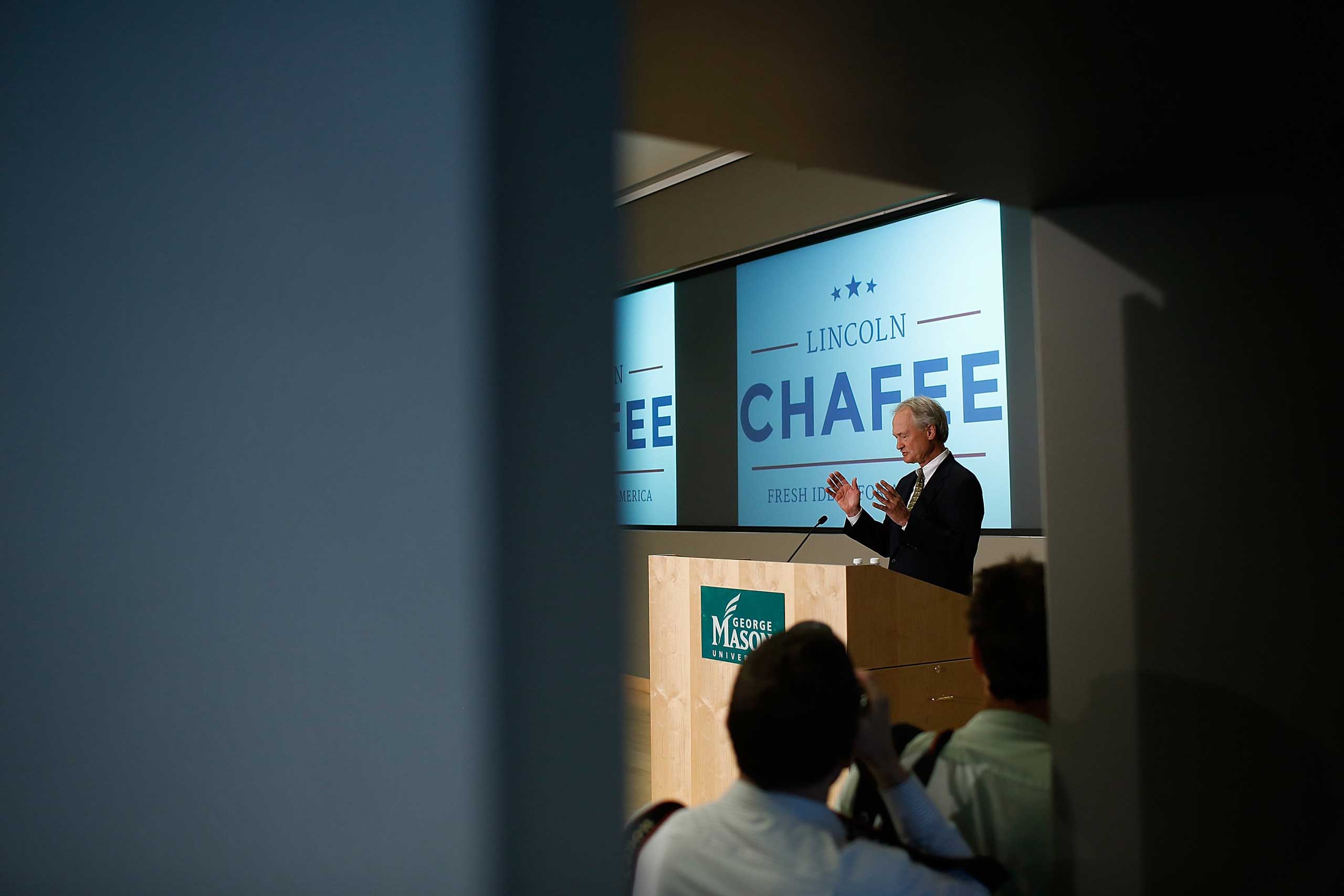 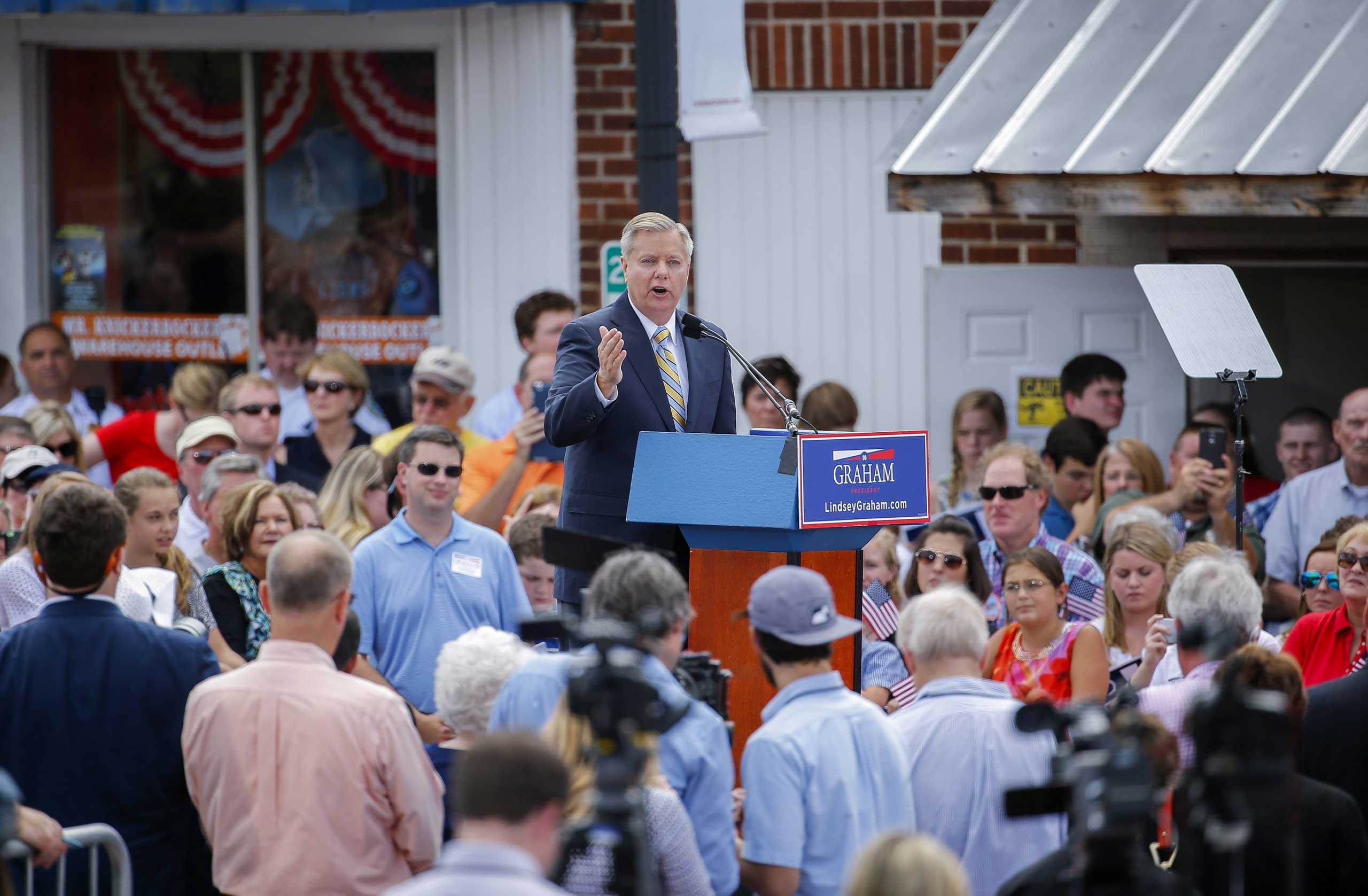 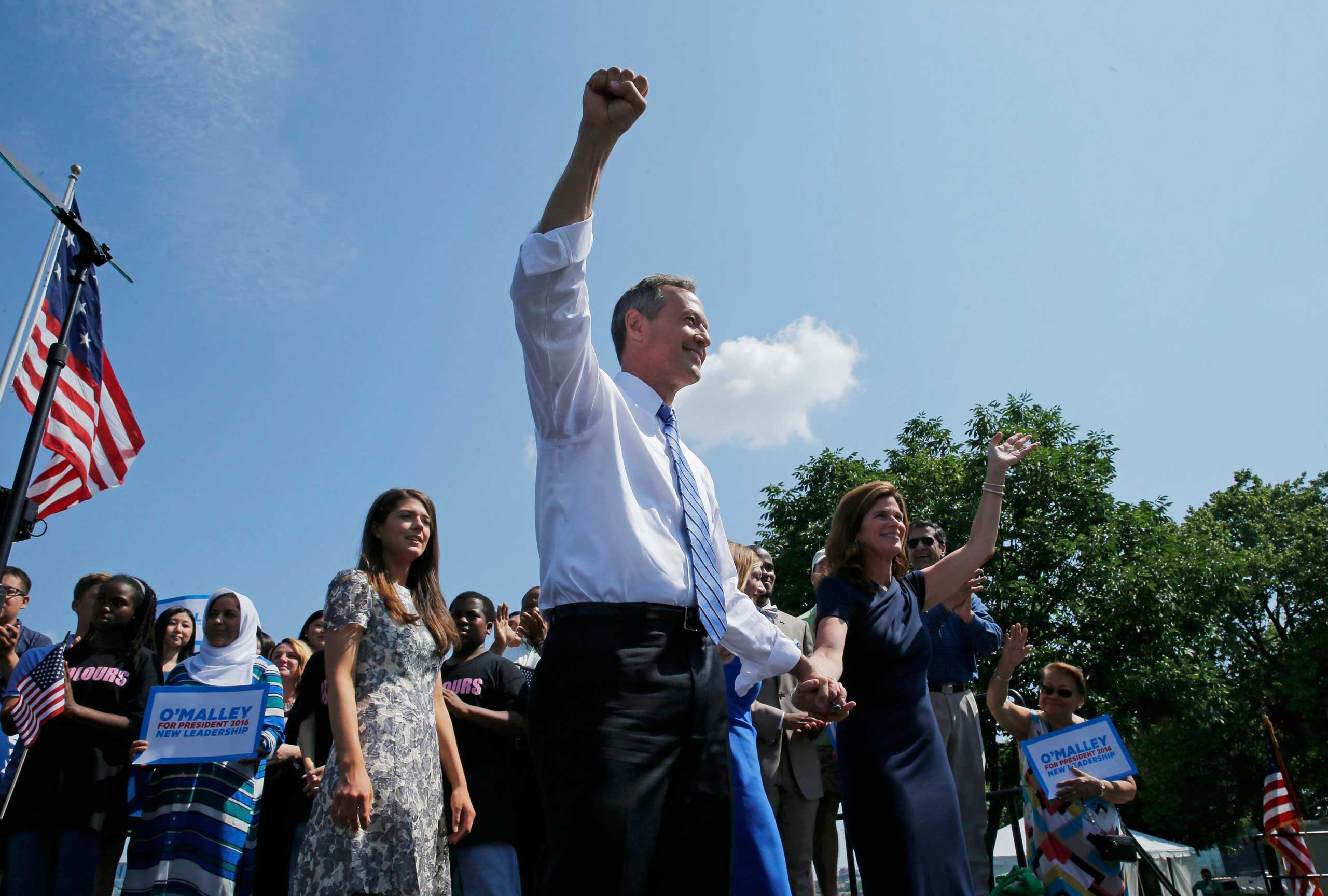 Former Maryland Governor Martin O'Malley is joined by his wife Katie O'Malley (R) as he announces his intention to seek the Democratic presidential nomination during a speech at Federal Hill Park in Baltimore on May 30, 2015.
Jim Bourg—Reuters 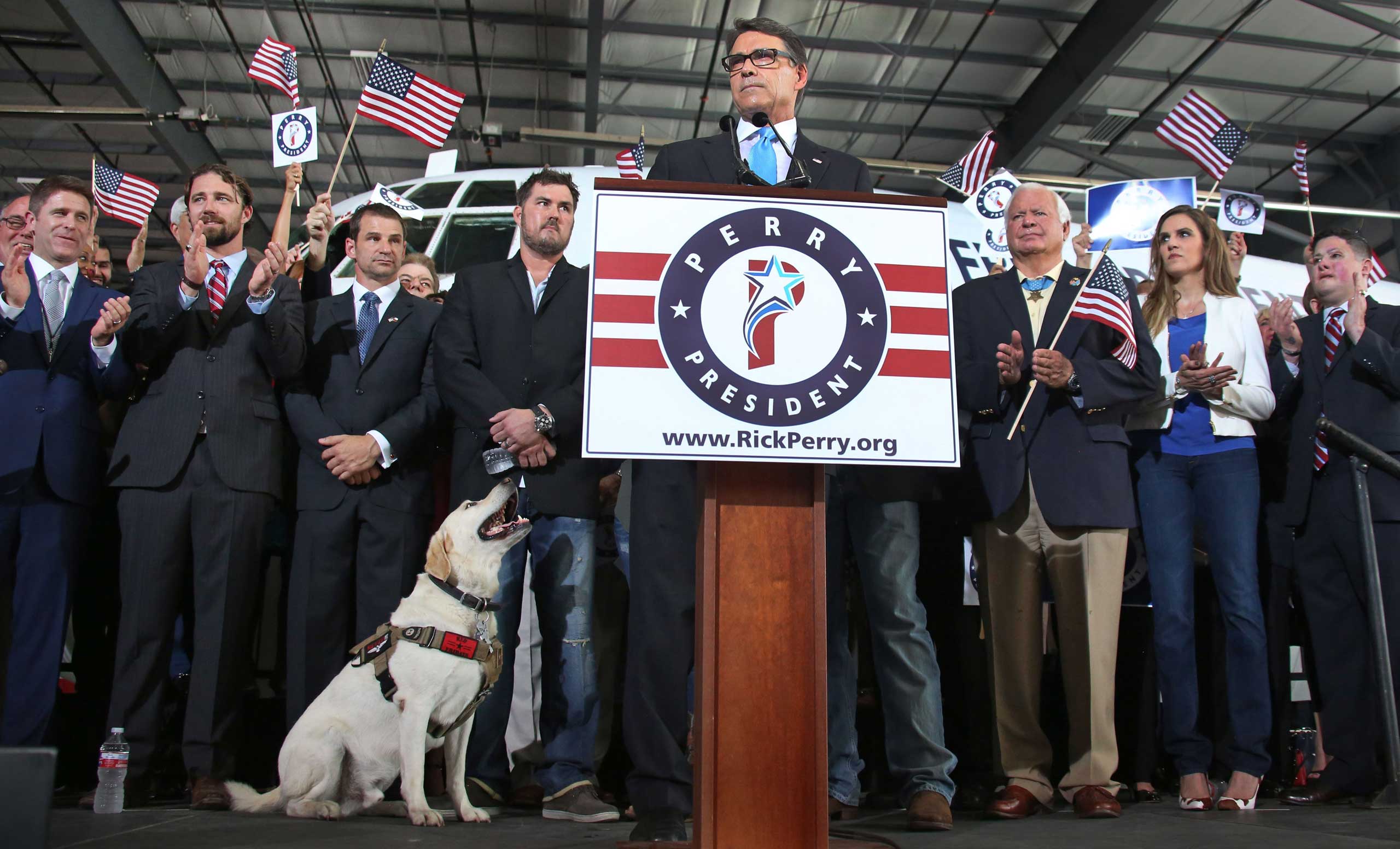 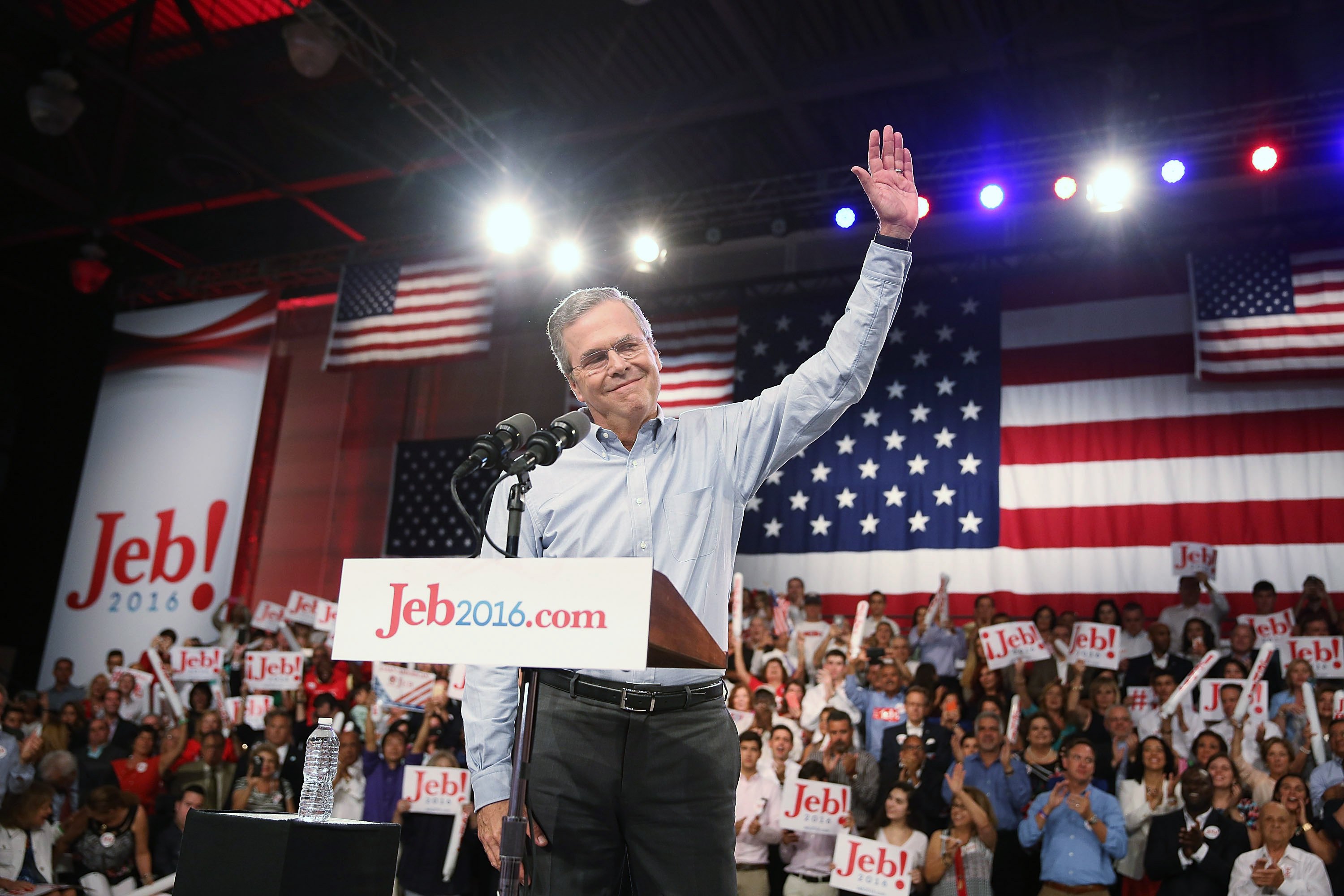 Former Florida Governor Jeb Bush waves on stage as he announces his candidacy for the Republican presidential nomination during an event at Miami-Dade College - Kendall Campus in Miami on June 15 , 2015.
Joe Raedle—Getty Images 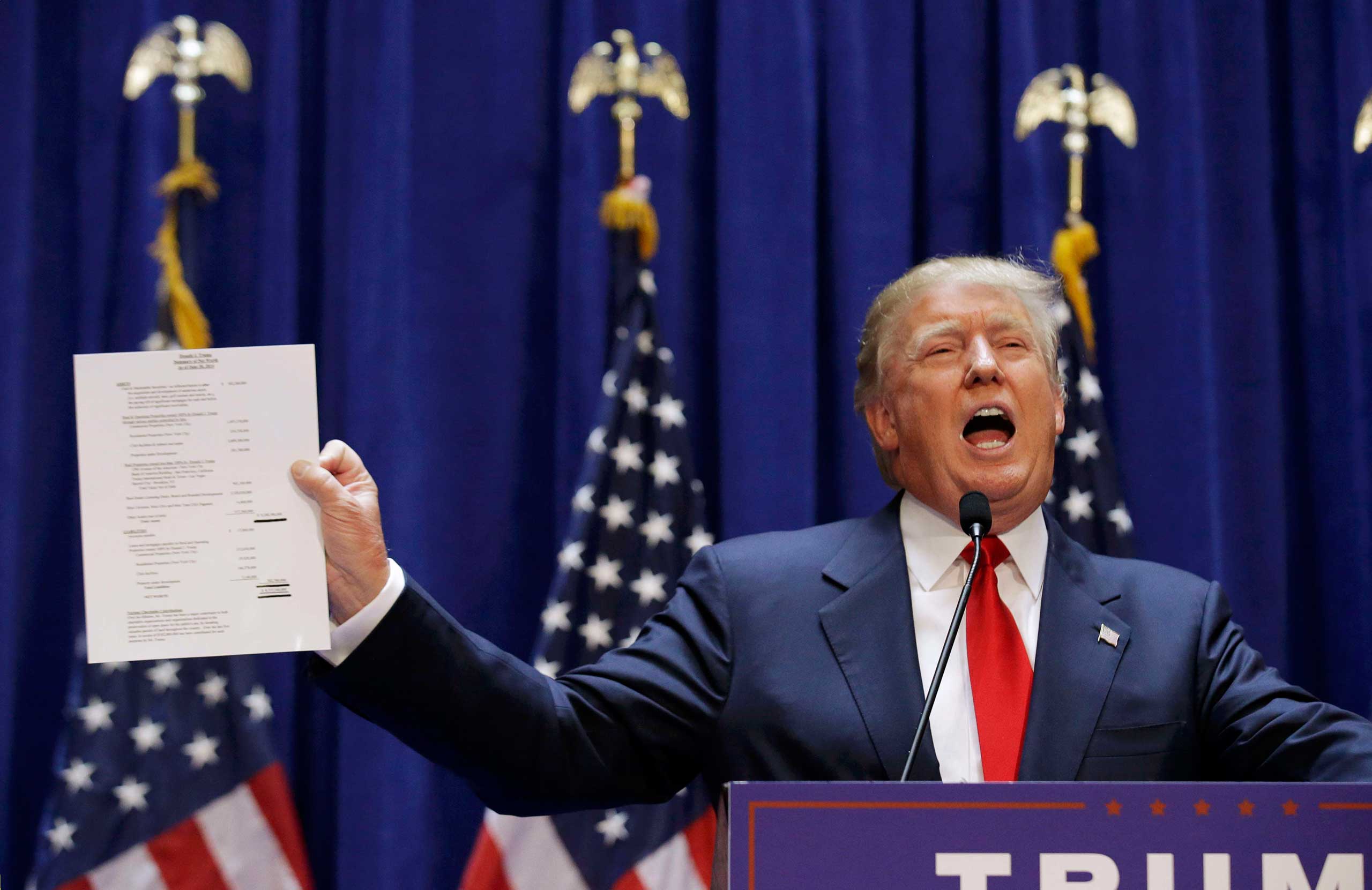 Donald Trump holds up his financial statement showing his net worth as he formally announces his campaign for the 2016 Republican presidential nomination during an event at Trump Tower in New York City on June 16, 2015.
Brendan McDermid—Reuters 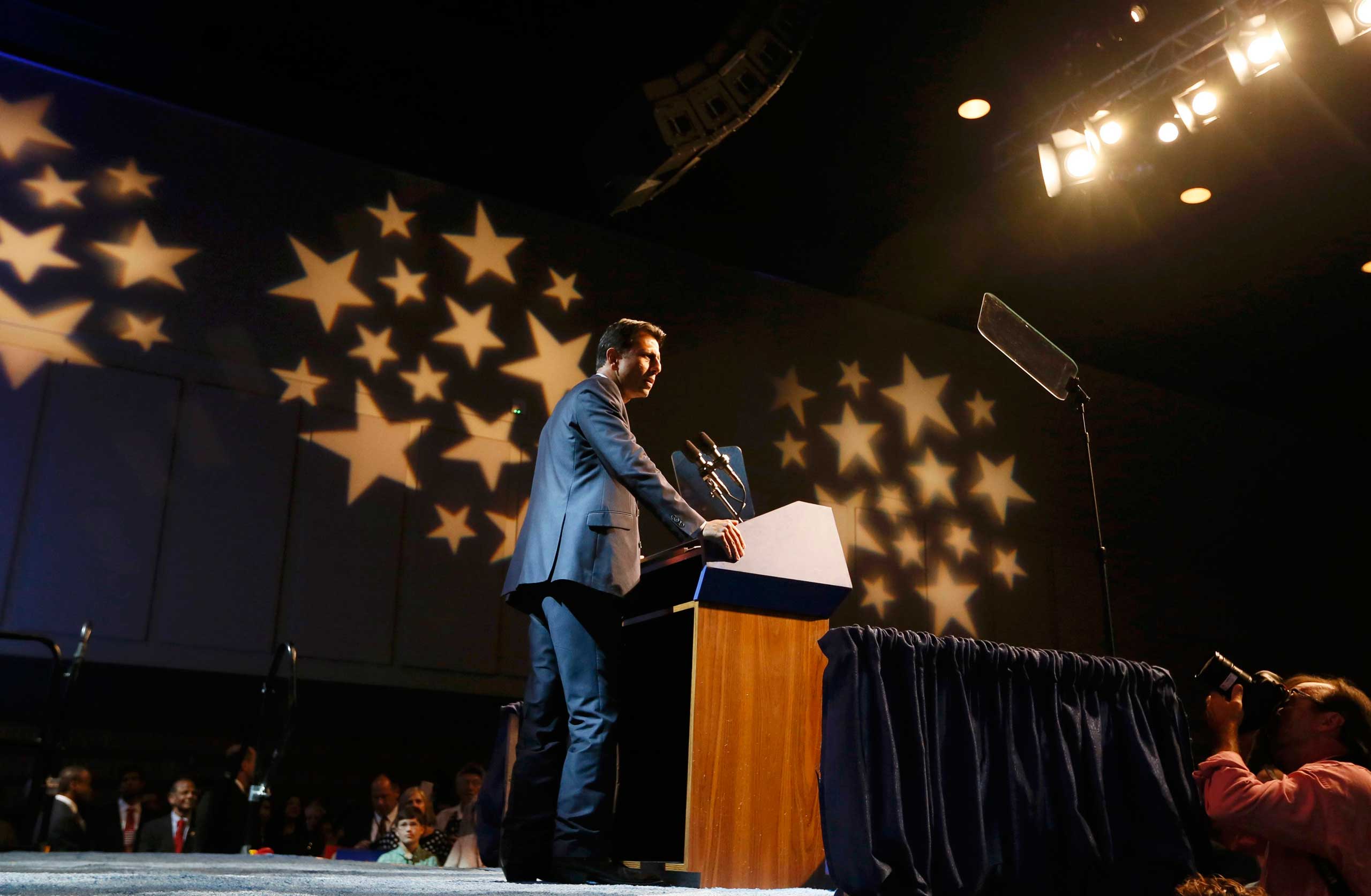 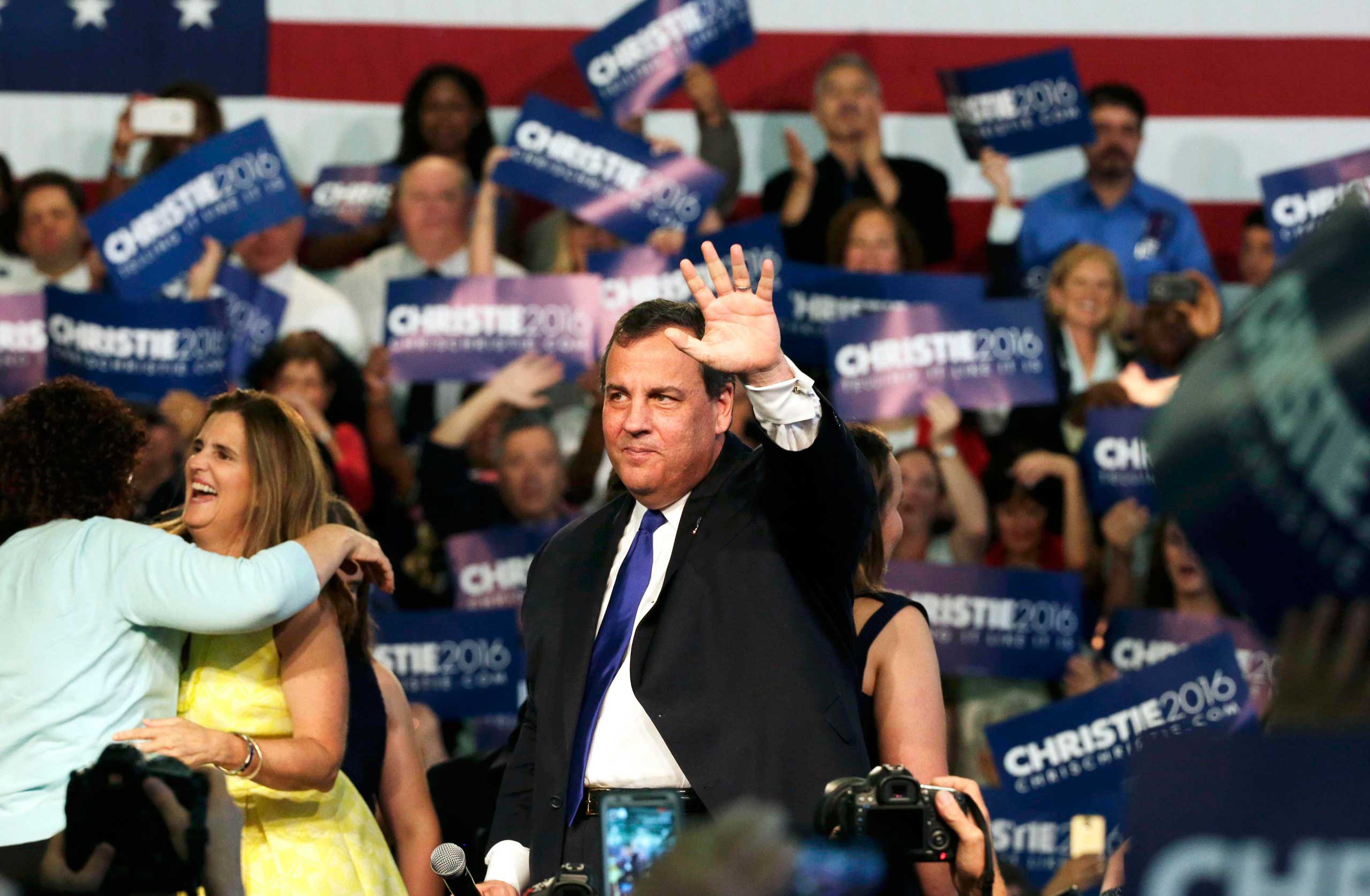 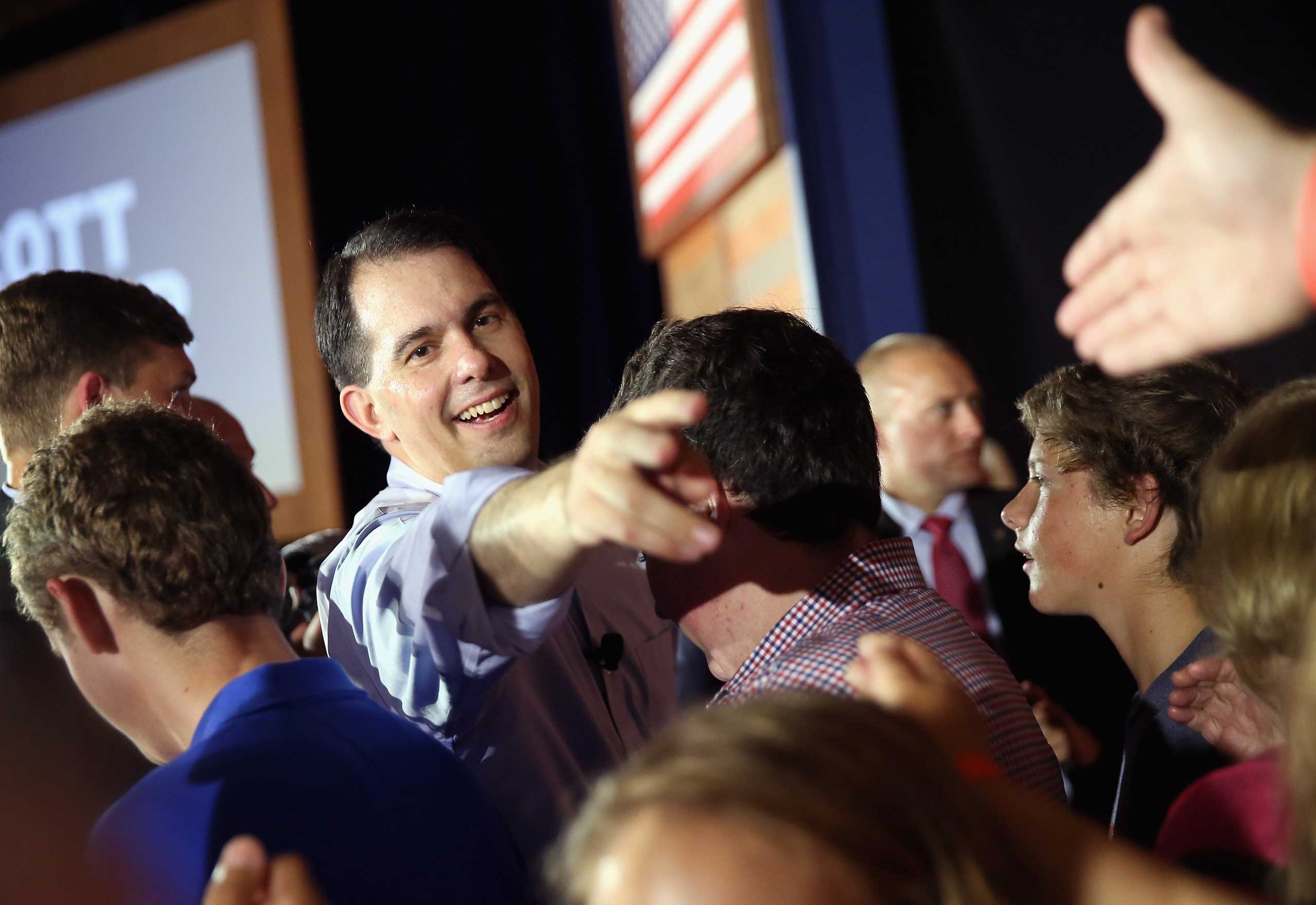 Wisconsin Governor Scott Walker greets supporters after announcing that he will seek the Republican nomination for president in Waukesha, Wis. on July 13, 2015 .
Scott Olson—Getty Images 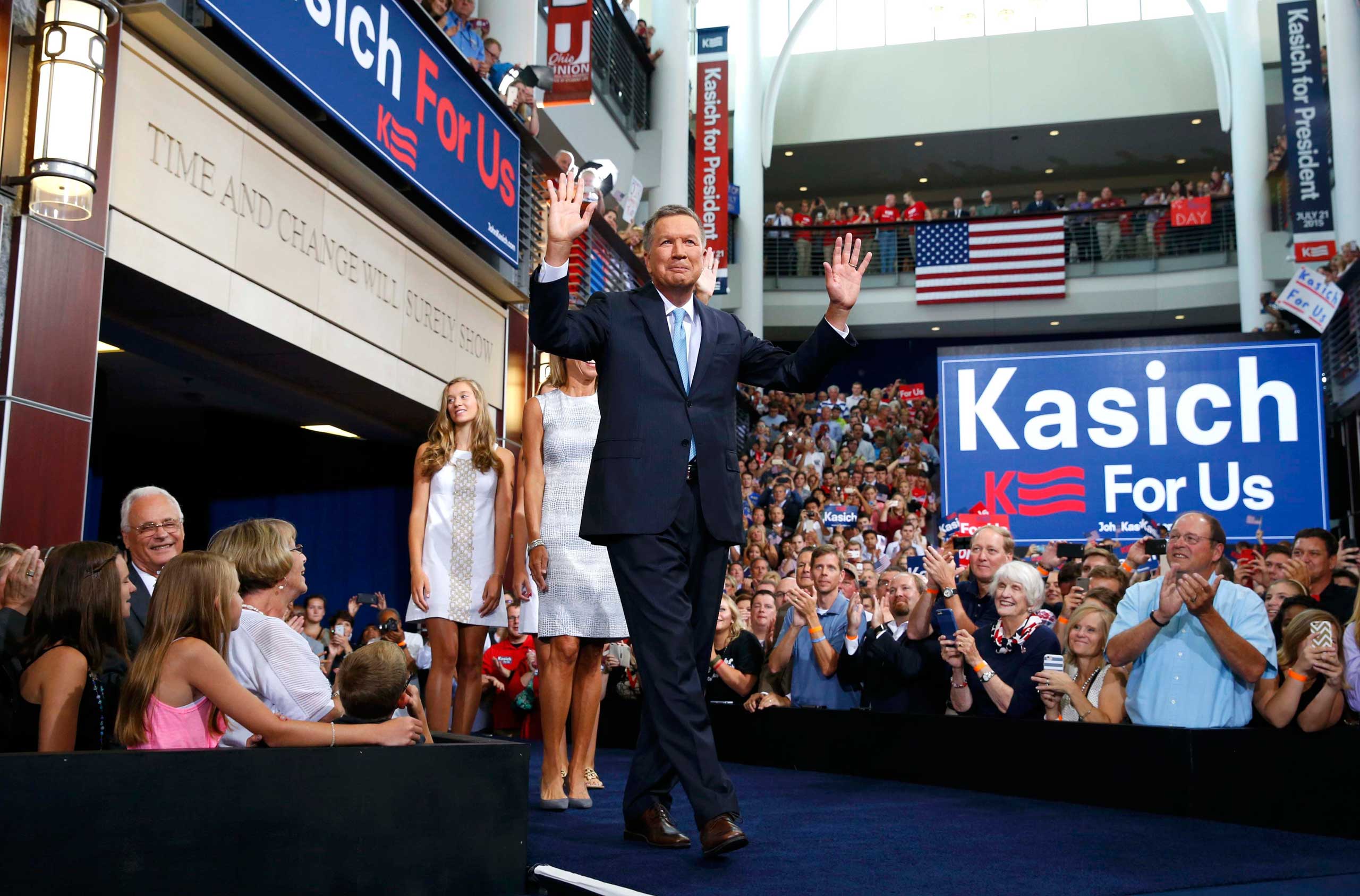 Ohio Governor John Kasich arrives on stage to formally announce his campaign for the 2016 Republican presidential nomination during a kickoff rally in Columbus, Ohio on July 21, 2015.
Aaron P. Bernstein—Reuters
1 of 19
Advertisement