This Is Why FDA Is Banning Trans Fats

On Tuesday U.S. officials announced that they are moving forward with a ban on artificial trans fat in the food supply. Over the next three years, food manufacturers must remove the primary source of artificial trans fat—partially hydrogenated oils (PHOs)—from their products. Here’s what you should know.

What is trans fat?
Trans fat is the byproduct of PHOs, and it’s created through a process called hydrogenation. Under certain conditions, sending hydrogen through oil can cause the oils to change in thickness and saturation and even become solids. This can give foods a certain taste and texture and it can up the shelf life of processed food.

Why is it bad for me?
Trans fat is linked to heart disease. This kind of fat has been shown to raise bad cholesterol and lower good cholesterol—which can increase risk of heart problems and even type-2 diabetes. Trans fat builds up plaque in arteries, which could eventually lead to heart attack. A 2014 study also suggested that eating a lot of trans fat could be linked to memory issues. In 2013, the FDA determined that PHOs do not meet their distinction of “generally recognized as safe” for human consumption.

What type of foods have trans fat?
Processed foods like baked and frozen products are most likely to contain trans fat. According to the FDA, here are some foods that commonly contain it:

How much trans fat are we consuming?
The FDA says that between 2003 to 2012 the agency estimates that trans fat consumption has declined by about 78%. One recent March report found that 37% of foods in grocery stores may contain trans fat. Food companies are currently allowed to say they have zero trans fat, and label the product as such, if they contain less than 0.5 grams per serving. Many experts say trans fats are unsafe even at that level.

Will trans fat be completely eliminated?
Not entirely. Trans fat occurs naturally in meat and dairy products and may be produced at very low levels in some oils during manufacturing. Since 2006, the FDA has required that trans fat be listed on nutrition labels, so you can see if your snacks contain it.

Will the taste of food change?
Not in a way that you’re likely to notice. There are lots of alternative fatty products that can be used as replacements. Companies have known for a long time that the FDA was likely heading in this direction, and they still have three more years until the final deadline. That means they have time to change and refine their products without trans fat. Also, many companies have already started the process, with many eliminating the fat altogether. Other local governments, like New York City for example, banned artificial trans fat a long time ago in restaurants.

Read next: The FDA Finally Caught Up to Science on Trans Fats 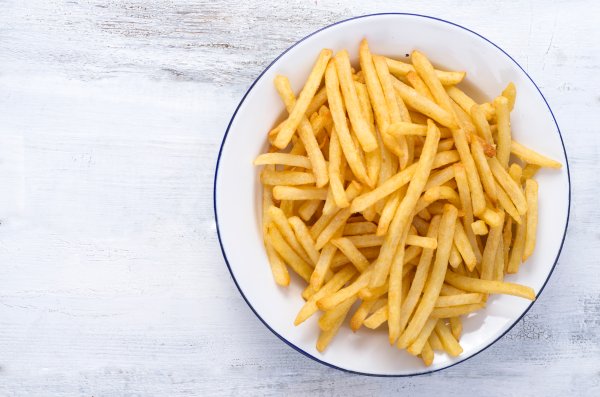 Feds to Eradicate Trans Fats by 2018
Next Up: Editor's Pick