What's Next for Game of Thrones?

By Aaron Couch / The Hollywood Reporter

Game of Thrones’ season five finale shook up the game in a big way.

The field of contenders for the Iron Throne has been whittled down, and fan favorite Jon Snow’s (Kit Harington) watch has ended. The series is known for major shakeups, from Eddard Stark’s (Sean Bean) death in season one to last year’s finale murder of Tywin (Charles Dance). Sunday’s finale leaves the field of contenders in more disarray than ever — and presents many key questions for season six.

Who is still competing for the throne?

Stannis (Stephen Dillane) is dead. Daenerys (Emilia Clarke) is captured and effectively sidelined for the time being.

That leaves Roose (Michael McElhatton) and Ramsay Bolton (Iwan Rheon) as frontrunners. They have just won a great victory over Stannis, the latest victory in the sadistic father-son duo’s rise. The Lannisters remain power, but with Cersei (Lena Headey) on trial and Tommen (Dean-Charles Chapman) a green boy-king on the throne, things are not looking good for them. They’ve also lost their princess Myrcella (Nell Tiger Free) and will have to deal with the fallout from that tragedy, which could potentially spark war with Dorne. Things have never looked worse for the Lannisters.

There’s also the Tyrells. While members of the younger generation Margaery (Natalie Dormer) and Loras (Finn Jones) are imprisoned, savvy grandmother Olenna (Diana Rigg) has formed an alliance with Littlefinger (Aidan Gillen), who helped her get Cersei imprisoned. The wealthy Tyrells, whose homeland, High Garden, is already providing King’s Landing with most of its food, makes them popular among the people. They could make a legitimate run for the Iron Throne.

Who will defend against the Night’s King?

With Jon gone, there are few people alive who know what the Night’s King is capable of. The Night’s Watch does not subscribe to Jon’s idea that allying itself with the Wildlings is a good idea. And so the battle against the White Walkers seems more hopeless than ever with both Stannis and Jon gone, as they were the only non-Wildlings who really understood the threat. Perhaps Sam (John Bradley) can pick up the anti-White Walker mantle.

Where will Sansa and Theon go?

It’s difficult to predict what will happen to Sansa (Sophie Turner) and Theon (Alfie Allen). In excerpts from George R.R. Martin’s upcoming Winds of Winter, Theon and Jeyne Poole, who (instead of Sansa had posed as Arya and married married Ramsay) escaped together and made it to Stannis’ camp. Stannis sent Jeyne to The Wall to be reunited with her “brother” Jon. Could the series see Sansa and Theon head to The Wall? It seems that would be the logical place to go, unless they could travel to Theon’s homeland, The Iron Islands. Sansa now knows her brothers are alive, so she would likely attempt to find them, if she learns they went north of The Wall.

Will Daenerys be rescued?

It would be such a pity if Daenerys went the way of Jon Snow and didn’t survive long enough to ride her dragons into Westeros. But fans also assumed the mystery of Jon Snow’s true mother meant that he would survive until that revelation happened. Is it possible Jorah (Iain Glen) and Daario (Michiel Huisman) could use Daenerys remaining dragons to track her?

Is Meereen in good hands?

Grey Worm (Jacob Anderson), Missandei (Nathalie Emmanuel) and Tyrion (Peter Dinklage) are now in charge of Meereen while the Mother of Dragons is away. This storyline has a lot of potential, as Grey Worm and Missandei are two of the series legitimate “good guys.” Tyrion has real acumen for ruling. The question is … will the terrorist-infested city accept them?

What’s next for Arya?

Arya is now blind, after ignoring the training of the Faceless Men and killing Meryn Trant (Ian Beattie) for personal reasons. With nowhere else to go, she will presumably complete her training. If that’s the case, she would truly need to let go of her identity (no more vowing to kill Cersei and her other enemies).

Bran (Isaac Hempstead Wright) and Hodor (Kristian Nairn) sat out season five, but are expected to return for season six. When viewers last saw them, they met a member of The Children, an ancient race who live beyond the Wall. They also finally made it to the three-eyed crow, and presumably have spent the last year training. When Bran returns to the show, he might have some even more impressive powers with him. 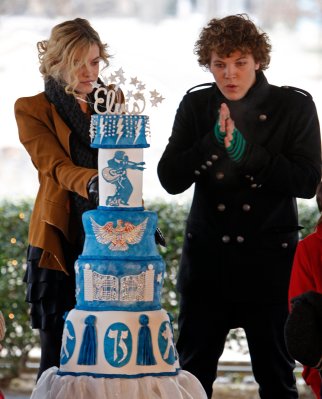