Is There Really a Shadowy Separatist Group Planning to Set Off Bombs in Hong Kong?

One of the student leaders at the heart of Hong Kong’s pro-democracy movement has dismissed as “propaganda” the arrest of 10 people on suspicion of plotting a bomb attack before the territory’s legislature prepares to vote on a crucial political-reform bill.

Joshua Wong, who played a leading role in last fall’s Umbrella Revolution, tells TIME that police claims to have uncovered a separatist cell intent on setting off explosives are “one of the plans or the agenda by the pro-government side — it’s propaganda to attack the … democrats.”

The arrests were made after police found what they described as powerful explosives at disused TV studio lots on the outskirts of the city, which they suggest were intended for detonation in the city’s Admiralty district. Admiralty is the seat of government, home to the legislature, the headquarters of the People’s Liberation Army and the office of the city’s highest-ranking official, known as the chief executive.

A police media spokesman refused to divulge the political affiliations of those arrested, but a local newspaper, the South China Morning Post, citing an anonymous police source, claimed that at least one of the detained individuals had “affiliations” to a separatist, so-called National Independent Party.

Another local newspaper claimed that the party had posted on a now deleted Facebook page its determination to stop the passage of the political reform bill “at any cost.”

Separatist — or, to use the Hong Kong term, localist — politics are beginning to take root in the city as Hong Kongers feel a growing cultural, linguistic and political gap with mainland China.

However, the fact that the organization was hitherto unknown has aroused suspicions. “It doesn’t seem like a lot of these [separatist] organizations are very familiar with them, and some even feel that this organization seems to have a very suspicious background,” Professor Eliza Lee, head of the Politics and Public Administration Department at Hong Kong University, told TIME.

Some Hong Kongers on social media pointed out linguistic inconsistencies between the language of propaganda material police claim to have seized from the “National Independent Party” and words that would have actually been used by bona fide separatist groups, while others pointedly asked why a separatist group would have the word National in its name.

Other separatist figures stressed their commitment to nonviolence. Ray Wong, leader of separatist group Hong Kong Indigenous, told the Post that the arrests were a smear campaign, while Danny Chan, head of the separatist Hong Kong Blue Righteous Revolt, said he did not support violence.

“It would be unfair to say that the localists have a stronger tendency to be violent, and in fact if you look at the [pro-democracy] movement as a whole it was rather peaceful,” Lee says.

Steve Vickers, the former head of the Hong Kong Police Criminal Intelligence Bureau and now a security analyst, says, “The timing of the arrests is obviously of special interest, especially in this politically charged time, before the forthcoming [legislative] vote.”

He also tells TIME via email that “in the absence of a chemical analysis of the seized [bombmaking] items it is difficult to be specific” on the nature of the threat they posed. 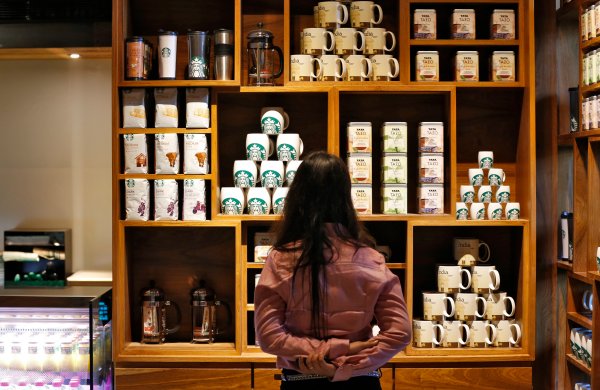