Jared Leto: How to Save the World's Elephants

The world’s attention is fixed on the U.S. to make the next big move to save the world’s remaining elephants.

Tanzania recently announced that its elephant population has fallen by 60% in just the past five years—a death toll of nearly 70,000. Across Africa, about 30,000 elephants are killed each year for their ivory. In response, the world’s governments, nonprofits and philanthropists have mounted an array of efforts to stop the tide of killings that could eventually drive these magnificent animals to extinction. But we will not win the war against illegal ivory trafficking unless we address demand at its source. And the U.S., surprisingly, has an ivory problem.

After China, the U.S. may be the second-largest market for wildlife products in the world, and investigations continue to uncover surprising volumes of ivory being sold in the U.S., much of it contraband. In 2013, the U.S. government destroyed a huge stockpile of confiscated ivory in a public stand against elephant poaching and ivory trafficking. This Friday, less than two years later, it will pulverize another ton in Times Square. All of it illegal. All of it from dead elephants.

The U.S. ivory market is small compared to China’s. Researchers have called China “the singlemost important contemporary player in the illicit trade of ivory.” The good news is that China appears to be making a power play to change this perception. At a recent ceremony in Beijing, where more than half a ton of ivory was destroyed as a sign of the country’s commitment to stopping wildlife crime, the Chinese government stunned conservationists by announcing plans to phase out its domestic ivory market—entirely. This is a potential game-changer. If China makes good on this promise, Africa’s elephants may actually have a fighting chance.

While the Chinese pivot toward zero ivory, the U.S. lags on this critical front in the fight to save elephants. Commercial importation of elephant ivory has been outlawed in the U.S. for 25 years. But exceptions for “legal” ivory—including antiques from a time before African elephants gained protected status—create cracks in our system through which illegal and freshly poached ivory continues to enter the country. U.S. federal regulations to seal these cracks, proposed in 2014, met stiff opposition from some interest groups, who questioned the ramifications for trade and import of items containing ivory. These regulations have now languished in review for more than a year.

In the past, the U.S. has shown leadership on the issue. In 2013, President Barack Obama issued an executive order and formed a federal task force to tackle the multi-billion dollar illicit trade that is robbing the planet of some of its most iconic species. The U.S. Secretary of State, Secretary of Interior, and the Department of Justice have all placed major emphasis on tackling wildlife crime. Congress has appropriated important new funding to support anti-poaching and anti-trafficking efforts in key countries, and is considering legislation to increase the tools and penalties available to combat wildlife crime.

But our collective efforts don’t match the scale and speed of the calamity before us. Time is running out for elephants.

There is one more step for the U.S. to take. Like China, the U.S. must end its commercial ivory trade. We acknowledge that such measures may require sacrifice on the part of some ivory owners. But for Africa’s vanishing elephants, these are the most desperate of times. The grim reality is that until superpowers like the U.S. and China close their commercial ivory markets, and freshly poached ivory can no longer masquerade as something it’s not, the blood of Africa’s elephants will continue to stain our collective hands. 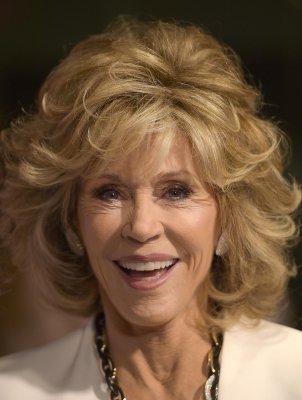 Jane Fonda: Arctic Drilling Is Obscene
Next Up: Editor's Pick