If Gina Rodriguez didn’t win you over as the star of the CW’s breakout comedy Jane the Virgin, her tearful Golden Globes speech in January might have done the trick. “My father used to tell me to say every morning, ‘Today is going to be a great day. I can and I will,'” Rodriguez said while accepting the best actress award in the comedy category. “Well, Dad—today is a great day. I can and I did.”

Since Jane wrapped its first season with a telenovela-worthy cliffhanger, there’s only been more award-show buzz for Rodriguez, who’s been filming Deepwater Horizon during Jane’s summer hiatus. Her speech even found its way into CBS TV Studios’ Emmy consideration campaign, which is pushing for an Outstanding Lead Actress in a Comedy Series nomination on her behalf. TIME caught up with Rodriguez about her new movie, how Jane the Virgin is changing television and what’s in store for season two.

TIME: When we last spoke, you talked about the ripple effect you hoped Jane the Virgin would have on diversity on TV. Of course shows like Fresh Off the Boat and Empire were in the works by then as well, but nine months later, are you starting to see the changes you were hoping to see?

Gina Rodriguez: I didn’t do anything single-handedly, but it is such a blessing to be a part of a project that is contributing to that movement and really highlighting other cultures, other perspectives and other religions. To see so many other shows doing the same thing during the exact same time, you really see how much more a calling it is.

The really cool thing is to also see how that has affected this past pilot season. I think a lot of networks are seeing, not just through Jane the Virgin, but through Netflix and Amazon and all these other outlets, that taking really awesome, wild, phenomenal risks is very cool. Art is actually creating change a lot in this past year, and that’s been really cool to witness. I’m excited to see what the next wave of shows are.

How do you feel about the Emmy buzz you’re getting?

I’m terrified, of course! I’m terrified in a great way. The fact that people are even considering me is outrageous. I just feel like I can’t ask for anything more. I would love it. I would love it for the network. I would love it for the people that believed in us. What is beautiful is that I get to continue to act, and I’m so grateful for August 21st, when I get to go to season two. I feel like you have to keep your head down, prayers up. It’s beyond me and so much bigger than myself. The network and studios are so supportive of me, of my career—I owe them everything.

Your acceptance speech at the Golden Globes was such a highlight. Did you think it would resonate the way it did?

How Petra Solano Became Jane the Virgin's Most Lovable Villain

Jane the Virgin Is the Keeper of This Fall Season

Never in a million years. I had no idea what I was going to say. I could not even imagine. There’s no word to even describe it. This whole experience just seemed like a foggy dream. They called my name, I’m walking up there, and I see Oprah, and I’m like, “This is crazy. They should not allow Oprah to be right by where everybody walks through!” Oh my God, hi, Oprah. Hello. You’re fantastic! I prayed that God would speak for me, and he sure did, because honestly, I don’t know if I could have written what I said. Obviously there’s a little bit of trepidation where it’s like, “Oh my goodness, if I were ever to stand up on a stage again, how can I express my heart any more?” I guess I’ll worry about that if it happens, right?

Just get another inspirational quote from your dad!

I know, I know. There are so many. I’m actually working on a book right now that’s going to give the world what my father gave to me. I definitely will be keeping my ears peeled for his nuggets of knowledge and wisdom, like, “Dad, you got any goodness to share with me, please?”

Tell me about your reaction to the finale of Jane the Virgin. I know showrunner Jennie Snyder Urman is pretty secretive about the plot, so you must have been shocked.

Oh, yeah, I had no idea until the day before we started shooting. In the beginning, I was like, “This could be crazy. How am I going to be prepared for this?” It’s worked out in a really great way. You don’t get too overwhelmed, and you’re able to focus and do your best work in each episode. That’s actually been very helpful.

When I read the script, though, I was terrified of giving birth. I mean, terrified. I obviously don’t have any children. I’ve never given birth before. You can watch as many videos until you’re like, “Wow, this is a very personal experience.” Then the capturing of Mateo at the end I thought was brilliant because it’s such an amazing cliffhanger. What I am looking forward to more than anything is seeing how she resolves it, like seeing what happens to Jane when she finds out Mateo’s gone. I’m actually very excited to play that. I don’t know what I’m going to decide to do. She’s going to find out right when we open the next episode. It must be. I can only imagine, right?

Yeah. I want to know about Sin Rostro—we didn’t see her face, and we know she ran a plastic surgery ring that give criminals new identities. Do you know if it’s a new actress or if Bridget Regan’s coming back?

Oh my God, I’m already starting to think of different actors I want to come and join us. Recently there was a supermoon, and so I put out my intentions for the next year on paper, so I can see them, hold myself accountable and really fight for them. Definitely one of them is getting Rita Moreno to come back.

I was so excited for you when they announced she would guest-star—I remember you saying how much she influenced your career.

I mean, I fell out. When they first told us, “How great would it be if Rita Moreno was dad’s mom?” I was like, “That must happen. I will write her a letter! Please let her know how much she is an idol to me.” We want her back so bad. I think that there are going to be some really cool guest stars for Jaime’s past, because Jaime [Camil, who plays Rogelio] had a few wives, so I’m very excited to see amazing women join us again.

Did you have a favorite storyline this season? I thought the episode where we learn about Alba’s immigration status was so touching.

I thought it was so beautifully done. My favorite tweet was this one woman, she goes, “My 7-year-old daughter and I watch Jane the Virgin. How do I tell her about immigration?” I thought that was such a great opportunity to look it up with her daughter, for them to do research together—open heart, open mind. That’s why I think Jane the Virgin is so awesome, because it gives parents an opportunity to talk to their children about delicate situations that need to be talked about in a loving, careful, safe environment.

I’m excited to see our second season, because the one thing that I really loved about the first season was seeing Jane’s strength as a woman. Her getting broken up with Rafael and her starting to create this strength of protecting herself and her child, I thought that was so empowering for women. Seldom do you see a woman on screen taking that kind of strength and power into their own hands. I thought that that was really cool to put out there, especially because you know that there’s the teen audience that is watching. To give a little girl that kind of perspective is awesome and so powerful and so needed.

Which of the season’s many fantasy sequences was your favorite? I loved the wrestling one.

How divided is the cast and crew about Team Michael versus Team Rafael?

It’s really funny, because we obviously all love Brett [Dier] and Justin [Baldoni] so much. It’s usually the perspective of each character: Toward the end, Rogelio and Michael became very close, so for a while, Jaime was very Team Michael. Ivonne [Coll, who plays Alba] thinks Justin is so handsome so she’s Team Rafael. Justin’s the one that has to take the most heat because his character breaks Jane’s heart, so poor Justin. He’s so sweet. Most people will be Team Michael these days. It makes him so sad because he’s such a sweetheart, and he’s definitely nothing like Rafael!

You’ve been filming Deepwater Horizon about the 2010 oil spill in the Gulf of Mexico. Will we see a side of you we don’t get to see on Jane?

Definitely, but the greatest part of it is I got to learn so much about American history, so much about that sad catastrophe. We are definitely going to do justice, as much as possible, to the people that have so many memories connected to that experience. I can’t go in too much more than that, but it’s definitely an honor. I love New Orleans. I’m having such a magical time down there—the people, the culture. Not only that catastrophe that happened, but Katrina really goes to show how phenomenally strong the community is in New Orleans. That kind of fighter mentality is so admirable. I love it there. 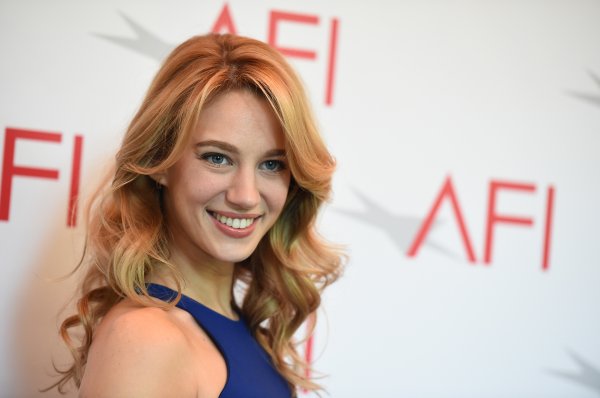