How Deadbeat are Deadbeat Dads, Really?

There are fewer pariahs more deeply loathed by society at large than the deadbeat dad, the fully-grown man, who, having had his fun, abandons his responsibilities. And the numbers of men who pay little or no child support has always been staggering. In 2011, only 61% of child support payments were made by men to the mothers of their children.

But as with most pariahs, things are more complicated than they seem. The Census reports that in 2011 about the same percentage of moms who didn’t live with their kids paid all the child support they owed as dads who didn’t. And a new research paper suggests that baby dads are not quite as useless as the numbers and their popular image would imply.

The study, which appeared in June in the Journal of Marriage and Family, finds that many fathers who don’t pay child support in cash, nevertheless make a significant contribution in kind. Almost half of the fathers in the study who were cash-poor nevertheless tried to contribute in other ways—providing baby products, clothing, school expenses and food—worth an average of $60 a month.

“The most disadvantaged dads end up looking like they’re completely distanced from their kids but they’re actually giving quite a lot,” said one of the authors, Kathryn Edin, a sociologist and Johns Hopkins Bloomberg Distinguished Professor. “I was really surprised by how much these disadvantaged guys, these truly marginally employed men, are putting all of this thought and what little resources they have into showing their children that they care.”

Of the 367 lower income, noncustodial dads studied in three different cities, only 23% gave what the courts would recognize as child-support through the system, but 46% contributed in-kind support and 28% gave cash straight to the mom, says the study, which is the first to look specifically at the more informal ways dads try to look after their kids.

Sixty six of the dads in the study were what’s considered the full-on deadbeat, giving absolutely no cash support to the 95 children they fathered between them. But the researchers found they gave $63 per child a month through in-kind support — support that doesn’t show up in statistics.

Edin, with her husband Timothy J. Nelson, has done extensive study of so-called deadbeat dads; together they wrote the book Doing the Best I Can about inner city fatherhood. She may be one of the nation’s foremost experts on non-custodial fathers and is certainly one of the group’s biggest (female) defenders.

Many sociologists believe that the current system of child support payments often leads mothers to deny fathers access to their children until they have paid what they owe, thus souring the relationship between all three. Indeed, the study found that fathers who did not visit their kids gave only about half as much in-kind support as those who spent at least 10 hours a month with them.

Why do dads prefer to buy stuff for their kids, rather than give money to the kids’ moms? Because they get more recognition for these acts from their children. It’s a way, says Edin, of bonding. “We need to respect what these guys are doing, linking love and provision in a way that’s meaningful to the child,” she said in a statement accompanying the release of the journal. “The child support system weakens the child/father bond by separating the act of love from the act of providing.” 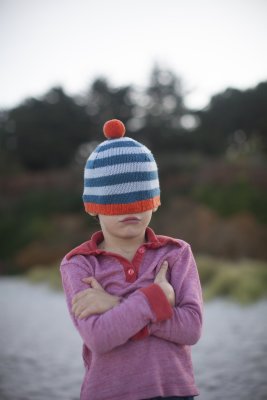 How to Deal with a Bored Kid
Next Up: Editor's Pick