Italian magazine L’Espresso leaked Pope Francis’ hotly anticipated encyclical on climate change on its website on Monday, breaking an embargo on the document set for Thursday.

The 192-page document is Pope Francis’ first major teaching letter on climate change and its effects on the planet’s poor. Hailed by some as the “Pope of the poor,” Francis’ linkage of environmental and economic issues puts the Vatican out front on a closely watched topic.

A Vatican official told Bloomberg News that the leak was a “heinous act.”

“An Italian text of a draft of the Pope’s Encyclical ‘Laudato Si’ has been published. Please note that it is not the final text, and that the rules of the Embargo remain in place,” read an official statement from the Vatican. “We ask journalists to respect professional standards, which call for waiting for the official publication of the final text.” 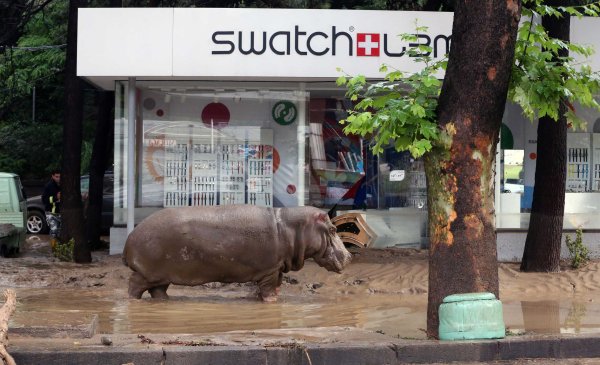 See the Zoo Animals That Escaped in Georgia
Next Up: Editor's Pick