Why It's Too Soon To Break Up With The Apple Watch

A detail view of the Apple Watch while Toronto Blue Jay player Jose Bautista Tries it on at the Eaton Centre Shopping Centre on April 14, 2015 in Toronto, Canada.
George Pimentel—WireImage
By Tim Bajarin

Over the past few weeks, several articles about people giving up on their Apple Watch have popped up across the web. The breakup reasons range from the users not finding the device compelling or useful enough to frustration with the Watch not living up to their expectations.

While I respect these writers’ decisions to give up on their Apple Watch, I do believe it’s a shortsighted move given the newness of the device and its ultimate potential. I believe the Watch quitters were more curious consumers rather than the diehard early adopters who tend to buy new devices without fail while awaiting new features and functionality over time.

The history of consumer tech shows that new products start with a “fundamental” device with a limited feature set that appeals to a small number of early, patient buyers. The original iPod was like this. When it first came out, it had a manual scroll wheel and offered only 5-10GB of storage. But for those who wanted a portable digital media player with more storage than many other devices on the market, it struck a chord. Also in this group of early buyers were the curious adopters, some of whom wound up feeling that the iPod didn’t have enough functions to make it worth their while. Some shoppers returned their iPod within a few days or weeks, and similar “why I returned my iPod” stories arose. But for those who kept their device, they were eventually rewarded with better software — and the iPod hardware only got better over time, too.

The same thing happened with Apple’s original iPhone. It too had minimal functionality as well as no App Store and little storage. We saw early adopters and curious adopters buy iPhones in good numbers, but again there were many stories about why some people “broke up” with their iPhone. Now, Apple is selling iPhones in record numbers.

You can expect history to repeat itself with the Apple Watch. For its newest device, Apple is using the same strategy it did with the iPod and iPhone — the first models had limited software and functionality, but their abilities were greatly expanded through updates in the software and hardware.

The real shift in the iPod came when Apple made serious improvements to iTunes and then opened the iPod up to the Windows crowd, too. The iPod ended up defining the market for mobile digital music players and has pretty much dominated that arena for over a decade. In a similar way, the iPhone got a big lift when Apple gave outside software developers the ability to write native apps for the device. That spurred a previously unseen level of software creativity, and helped launch the age of modern smartphones.

The Apple Watch is following the same path. The device we have now has to be seen as a new mobile platform that will only get better. Apple is about to upgrade the Watch’s software package this fall, and the developer community will soon be able to create tens of thousands of native apps for the Apple Watch.

Early adopters who understand this concept are bound to be rewarded once these new apps start populating the Apple Watch. Like the original iPod and iPhone, this product that has limited functionality today will get a new set of functions that have the potential to make it even better. Given this, it’s just too early to break up with the Apple Watch. 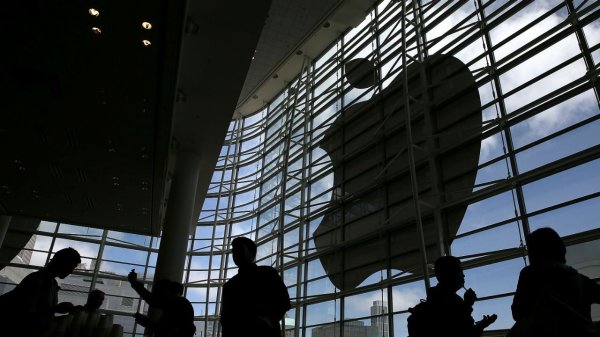 The New Apple Ads Will Make You Feel a Million Feelings
Next Up: Editor's Pick