Jeb Bush released a video touting his record as Florida governor and his vision for the country Monday morning, hours before he was set to formally launch his presidential campaign.

“We led, we reformed, we got results,” Bush says to the camera over energetic string music. “That’s what’s missing from Washington: The DC crowd talks about what’s wrong with America. I see what’s right.”

Bush will join a crowded race of Republicans on Monday as one of the frontrunners for the party’s nomination, though his dominance is not as assured as it once seemed. His family name has been a liability in the months leading up to his announcement, and his support for Common Core immigration reform has hurt his standing among conservatives. 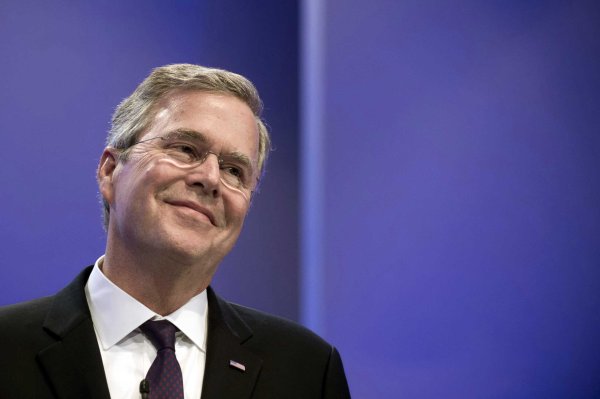 Jeb Bush Looks to Reboot in 2016 Campaign Launch
Next Up: Editor's Pick