Bethesda kicked off its first ever E3 press conference at the Dolby Theater in downtown Los Angeles with a splashy, gore-filled peek at its long anticipated Doom sequel, followed by a barrage of revelations, including our first deep dive on the company’s recently unveiled post-apocalyptic open world epic, Fallout 4.

“We’re here to give you a look at what’s coming from Bethesda over the next year,” teased Pete Hines, Bethesda’s head of marketing and the showcase’s emcee. And then he fired up the world’s first look at Doom.

The demo began on a Martian research facility, in a fiery foundry-like level with long, steaming corridors garnished with hellfire, demons and screams. It’s an unabashedly violent, volume-at-11, quintessential Doom, in other words, but with a few applause-generating wrinkles, including various Mortal Kombat-ish close quarters finishing moves, and a chainsaw that now eviscerates bodies segment by blood muscle and bone-filled segment.

In all, it felt like a carefully choreographed tour of the abattoir-quel, highlighting this once-and-future shooter’s ineluctable DNA: preposterous (albeit gratifyingly so) escalating arsenals, and marathon gallops through phantasmagoric mausoleums punctuated by lurid butchery.

After an oblique nod to multiplayer (we’ll learn more about it soon, said Bethesda), the company finished with a peek at Hell, which, as you’ve probably guessed, resembled the cover of an Iron Maiden album lacquered with bile and viscera.

The most interesting wrinkle? “Doom Snapmap,” an in-game level editor designed, says Bethesda, to let any player craft complex maps or fiddle with the game rules on the fly. When you’re ready, you just push a button to play, or share your creation with anyone in the world.

If you’re into the whole sleek, stylish carnage thing, Doom should have at least those bases covered when it ships in spring 2016 for PC, PlayStation 4 and Xbox One.

Alongside sizzle reels for known games like Battlecry (an online free-to-play multiplayer video game for Windows) and The Elder Scrolls Online (just launched for PlayStation 4 and Xbox One), Bethesda unveiled Bethesda.net — essentially its version of Blizzard’s Battle.net, an online hub for all of its games. The company also touted something it’s calling The Elder Scrolls Legends, a free-to-play strategy card game based on the company’s fantasy-verse, queued for PC and iPad later this year.

And we finally got confirmation that steampunk stealth sequel Dishonored 2 exists, though details were scarce. Fans will doubtless unearth more from the showcase teaser trailer, but we know that it’s set in a coastal city, that you’re hunting down new adversaries, that you can opt to play as Dishonored‘s original (male) protagonist or a new one (female) with unique powers and gadgets, and that you can experience the entire game without killing a soul. Dishonored series developer Arkane said the game is in development for PlayStation 4, Xbox One and PC, but didn’t offer a release timeframe (though if we take Hines literally, the “coming over the next year” statement implies we’ll see it by the close of 2016).

Oh, and Bethesda’s going to release a “definitive” graphically enhanced edition of the original Dishonored for PlayStation 4 and Xbox One. Look for that this fall.

Last but certainly not least, the company trained its spotlights on Fallout 4, then proceeded to bat the “player expectations” ball so far out of the park it was probably kissing stratosphere. After explaining that the game’s been in development since 2009 (six years!), Bethesda Studios game director Todd Howard said that building this version of Fallout began “with an obsession for detail.”

“It’s every button, every blinking light not just on one terminal, but all of them,” said Howard, as the camera pulled back from machines sporting dozens, then hundreds and eventually thousands of winking computer lights. “It’s our belief that it’s all of these small details coming together that form a much larger whole.”

We now know something about those mysterious pre-apocalyptic sequences in the launch trailer. the game gets started before the bomb explode, and that the character you create somehow survives in a vault for two centuries before emerging as its sole survivor. Cryonic storage? Some other form of time travel? That, or something like it (Howard said he didn’t want to spoil anything, but what else could it be?). And yes, the game is set in and around Boston, so there’s the setting finally confirmed. But forget the why, where or when, it’s the how and what that impressed here.

Like the fact that Howard said the company recorded around 1,000 of the most popular names, so you’ll hear your name actually spoken, not just see it onscreen (that’s frankly insane). And Howard claims this is Bethesda’s biggest game ever (as in bigger than Skyrim, people).

Howard confirmed that the game is, as suspected, running on a next-gen version of Bethesda’s Creation engine, including full physics-based rendering and dynamic volumetric lighting. You can play in first or third person, per usual, walk away from encounters at any point if you like, and, to paraphrase Howard, shoot anyone in the face without breaking the game’s story logic.

The dog is back (not the same dog from games past, or at least I’m pretty it’s not), and refined to the point that you can basically just point at something in the environment and tell Fido to interact. Howard demonstrated the dog grabbing an item and bringing it back to you, for instance. The series’ arm-clad PIP Boy computer returns as well, this time tied into new features like a layered armor system and the option to diddle with arcade mini-games that parody real world ones like Donkey Kong and Missile Command.

But the wildest Fallout 4 feature has to be the game’s new do-it-yourself systems. Want to craft weapons no one’s yet thought of, using the game’s terrifyingly granular crafting engine? How about build your own settlement, decrepit wall by wall and moldering chair by chair? It’s all optional, of course, but Howard illustrated how you might cobble together a house from parts, then plant some food, dig for water, lay down a power generator, then run wires to connect your burgeoning domicile. Maybe you want to control stuff remotely, so you build a terminal to do that. Maybe you want to add turrets, to defend against raider attacks (you’ll probably have to, in fact). Or maybe you want to link trade caravans between multiple settlements. You can do all that, and more.

But Fallout 4‘s most impressive trick has to be its release date, confirmed by Bethesda toward the showcase’s close: November 10, 2015. Think about that. From the game’s revelation on June 3 to its release by mid-fall, we’re talking all of five months.

As if that weren’t enough, Bethesda then unveiled a new iOS and Android game it’s cutely dubbed Fallout Shelter. It’s not directly connected to Fallout 4, but rather something Howard said the company wanted to build for mobile device “because it couldn’t be done anywhere else.”

In the game, which looks a little like the diorama-style bases in Firaxis’ XCOM reboot, you craft and manage your own vault, working to keep its occupants productive and happy. Howard says the game is free, as in genuinely free, without paywall timers, Internet connection requirements or loathsome build queues.

The coolest part of the showcase after the Fallout 4 info-dump? Fallout Shelter, a game no one had the faintest clue was coming, is available as I’m typing this on the App Store. 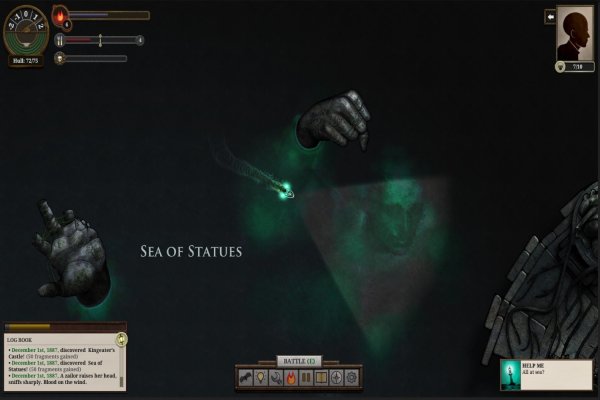 The Craziest Video Game Sale of 2015 Just Got Underway
Next Up: Editor's Pick