In her first public appearance since laying oldest son Beau to rest, Second Lady Jill Biden spoke movingly about the valor of military service at the Saturday christening of the USS Gabrielle Giffords.

“What a privilege it is that the Navy asked me to sponsor the USS Gabrielle Giffords – an amazing feat of engineering excellence,” said Biden, 64, in Mobile, Alabama, before Giffords and military officials. “It is a privilege and it is very personal.”

“As a military mom, there is no one I would rather be with today than you – the ones who stepped up to serve,” Biden continued. “I am always inspired by the sacrifice and resilience of our military and their families. They confront challenges that most Americans never have to face.

“But no matter the challenge, they are brave and serve with distinction and pride – those uniquely American values that make us who we are as a country and as a people.”

Naming the Littoral Combat Ship after Giffords, who survived a horrific shooting attack at a constituent event that killed six others, was appropriate in that same way, Biden said.

As a Navy spouse and former Congresswoman, Giffords, 45, embodies that institution’s best qualities, she said.

“Honor, courage, commitment: That’s why we’re here – to give full meaning to those ideals,” Biden said. “So that wherever the USS Gabrielle Giffords travels, the world will know it is unrelenting, it is unstoppable, and it is the full definition of a patriotism that defines the greatest, most powerful country in the world.”

Biden had the honor of christening the ship herself, smashing a champagne bottle across the ship’s bow.

— With reporting by Sandra Sobieraj Westfall 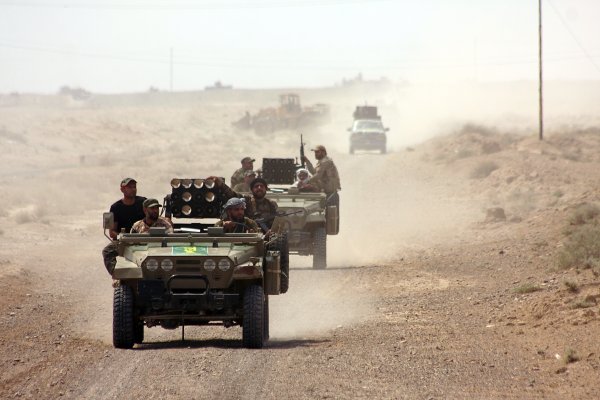