The last two Republican presidential nominees aren’t happy about how the next one will be selected.

Former Massachusetts Gov. Mitt Romney and Sen. John McCain are criticizing the Republican National Committee and the TV networks hosting the first two GOP primary debates this summer for setting limits on participation. Under rules adopted by Fox News and CNN in consultation with the party, only the top 10 in national polls will make the main stage, with the balance of the at least 15 candidates in the race relegated to second-tier forums.

“I think that it basically shuts out, obviously people who aren’t well known, but it also diminishes the importance of a state like New Hampshire, where people can come out of no where through their performance in the state and be successful,” McCain added.

Romney criticized the debate criteria Friday evening in an interview with Fox News anchor Megyn Kelly at his E2 Summit for Republican donors according to attendees, saying they artificially narrow down the field.

The RNC took control of the debates process as part of its response to its 2012 defeat, believing that the 23 debates held that cycle weakened Romney in the general election and that they served less as a venue for debating policy solutions than attempting the character assassination of rivals. But it left the final determination of the selection criteria up to the networks.

Several Republican candidates, including Sen. Rick Santorum, Sen. Lindsey Graham, former neurosurgeon Ben Carson and Gov. Bobby Jindal have been critical of the debate reforms, and have called on the party to take steps to allow all the candidates to participate. McCain, who is backing Graham, and Romney suggested holding back-to-back debates with candidates randomly divided between the two.

“It’s time to revisit this situation and make sure we are not fostering a process that eliminates a candidate before they’ve had a chance,” McCain said.

“The largest number of presidential candidates that has ever been on a stage in either party is 10. We are pleased that both Fox and CNN have recognized the quantity of highly qualified candidates in our party and have sought to create the most inclusive scenario by giving any candidate polling above 1% time on the stage to have their voice heard,” he said. 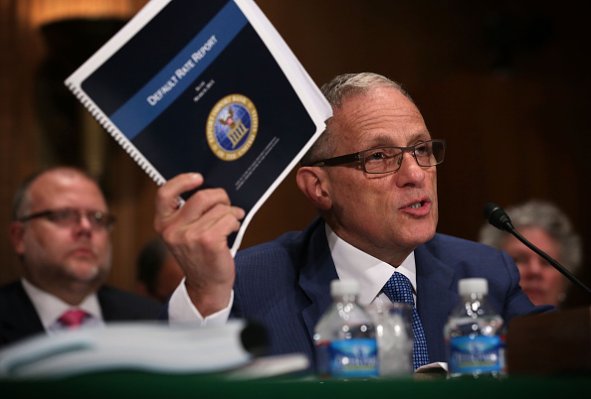 Has the 2016 Election Killed the Ex-Im Bank Already?
Next Up: Editor's Pick