Pope Francis called on the world’s Catholics to pay attention to environmental issues on Sunday, only days before the he’s due to release a landmark encyclical, or teaching letter, calling on people across the world to act as “stewards of creation.”

“Let us pray that everyone can receive its message and grow in responsibility toward the common home that God has entrusted to us,” Pope Francis told Vatican Radio.

The papal message on the environment comes months before a landmark United Nations meeting on climate change that many activists and policymakers think may yield the first binding agreement between countries on the issue. Environmentalists hope the encyclical will inspire some of the world’s 1.2 billion Catholics to pressure officials to adopt policies that address climate change and other environmental issues. People familiar with the encyclical say that it will support the scientific consensus that humans have caused climate change, according to Reuters.

The anticipated encyclical is the latest in a string of actions from the Vatican to show support for tackling environmental issues. Pope Francis hosted a United Nations delegation that discussed the issue in April and has made a point of discussing the issue publicly.

“I don’t know if it is all [man’s fault] but the majority is, for the most part, it is man who continuously slaps down nature,” he said in January. “I think man has gone too far… thank God that today there are voices that are speaking out about this.” 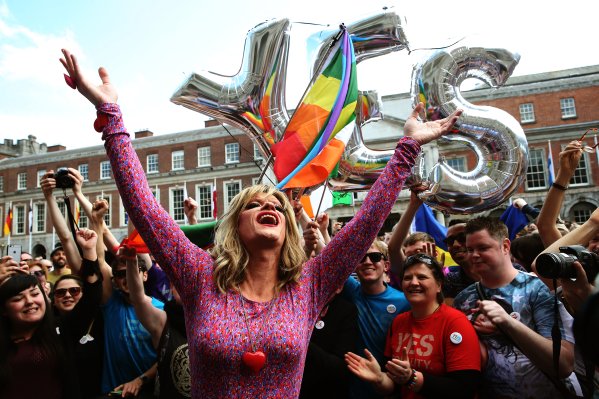