File photo dated August 10, 2001 of Sir Tim Hunt, as The Royal Society moved to distance itself from comments he reportedly made about women in science.
Johnny Green—AP
By Justin Worland

The Nobel laureate who resigned from his university position last week following comments about women in science that were widely slammed as sexist said they were intended to be a joke.

In a Guardian interview, alongside his wife, Tim Hunt described his remarks as “totally jocular” and “ironic,” but acknowledged that he shouldn’t have made him. The English biochemist made the comments at a conference for science journalists in Seoul, saying, “Let me tell you about my trouble with girls … three things happen when they are in the lab … You fall in love with them, they fall in love with you and when you criticize them, they cry.”

Hunt, who worked at University College London, said he has faced a whirlwind downfall since then and that his career is now “finished.”

“I had hoped to do a lot more to help promote science in this country and in Europe, but I cannot see how that can happen,” he said. “I have become toxic. I have been hung to dry by academic institutes who have not even bothered to ask me for my side of affairs.”

Hunt’s wife, professor Mary Collins, who described herself as a feminist, acknowledged it was “an unbelievably stupid thing to say.” Still, she defended him, claiming “You can see why it could be taken as offensive if you didn’t know Tim” and adding “I would not have put up with him if he were sexist.” 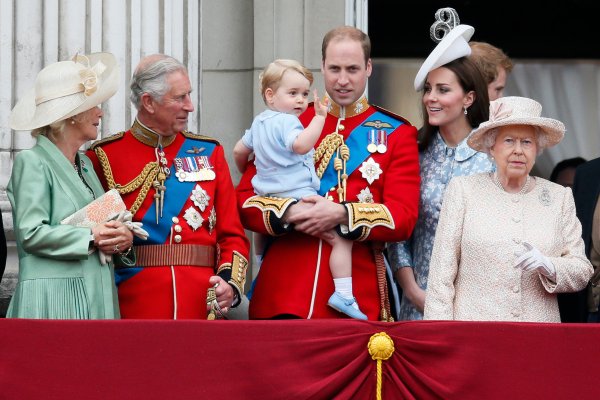 Watch Prince George Steal the Show During the Queen's Birthday Celebration
Next Up: Editor's Pick