Comet Lander Philae Wakes Up After Months of Hibernation

The comet lander that went into hibernation last last year has made contact with its team back on Earth, European space officials said on Sunday.

In a brief and excited statement, the European Space Agency said the unmanned Philae, which landed on 67P/Churyumov-Gerasimenko in November to become the first spacecraft to touch down on a comet, sent a number of signals via its orbiter (“Rosetta”) to an operations center in Darmstadt, Germany. They were received on June 13 at 10:28 p.m., local time.

Dr. Stephan Ulamec, Philae Project Manager at the German Aerospace Center (DLR), said “Philae is doing very well.” The comet lander “spoke” for 85 seconds, the statement continued, and appeared to have been awake prior to sending the signals, as it transmitted “historical data” as well.

After November’s historic landing, officials said Philae had settled in a spot where it didn’t receive as much sunlight as necessary, causing its battery life to drain.

Read next: See Pictures of Philae Detaching From Rosetta 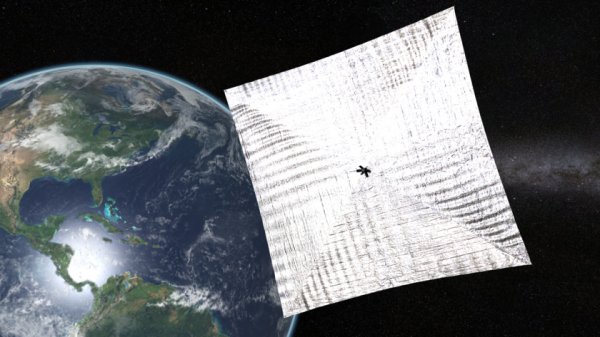 Everything You Need to Know About Bill Nye's Crazy Experimental Spaceship
Next Up: Editor's Pick