Jurassic World Has Third Biggest Opening Day of All Time

Jurassic World exploded at the box office on Friday night, earning an estimated $82.8 million during its opening salvo (that number includes $18.5 million from late-night screenings on Thursday). That gives Colin Trevorrow’s film the third biggest opening day of all time, behind only Harry Potter and the Deathly Hallows Part 2 and Avengers: Age of Ultron, and puts it on pace for nearly $200 million in North American ticket sales by Sunday.

Other records in sight: The blockbuster stands as Universal’s biggest opening day ever, and it’s expected to top the debut of Furious 7 to give the studio its biggest debut weekend of all time. Jurassic World will also wind up with the biggest June opening ever (Man of Steel holds the title with $116 million), and should surpass the opening weekend total of the three previous Jurassic Park films combined.

“On behalf of everyone involved in the making of ‪Jurassic World‬, and believe me there are thousands of us, I want to say thank you,” star Chris Pratt wrote on Facebook on Friday night. “It feels so wonderful to hear the overwhelmingly positive response. We are incredibly blessed and overcome with joy at the outcome of the movie and couldn’t be more appreciative for the amazing support you’ve shown so far. This is bigger than all of us. Thank you, thank you, thank you!” 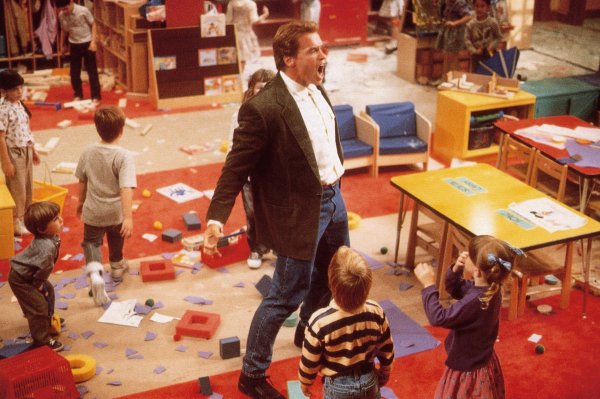 Kindergarten Cop Remake Is in the Works
Next Up: Editor's Pick