Dogs Can Tell When You're Not Nice to Their Owners, Study Finds

Scientists are learning more and more about why dogs are man’s best friend, and a new study suggests they can tell when people aren’t being kind to their owners.

Japanese researchers conducted an experiment where three groups of 18 dogs each watched their owners interact with two other strangers and try and open a box, AFP reports. In the first group, the owner asked for help from one of the people and was refused. In the second group, the owner asked for help and received it from one person. And in the third group, both people were neutral and neither helped nor refused.

Afterwards, the two people accompanying the owner offered the dog food. Researchers said the dogs were more likely to choose food from the neutral participant and ignore the person who refused to help in the first group.

“We discovered for the first time that dogs make social and emotional evaluations of people regardless of their direct interest,” said lead researcher Kazuo Fujita, a professor of comparative cognition at Kyoto University. The dogs showed no preference for accepting food in the other scenarios, according to the study, set to be published in the journal Animal Behaviour.

That the dogs don’t always act out of immediate self interest is evidence of their ability to cooperate socially, a trait found in a few species, Fujita said.

“There is a similar study that showed tufted capuchins have this ability, but there is no evidence that chimpanzees demonstrate a preference unless there is a direct benefit to them,” he said. 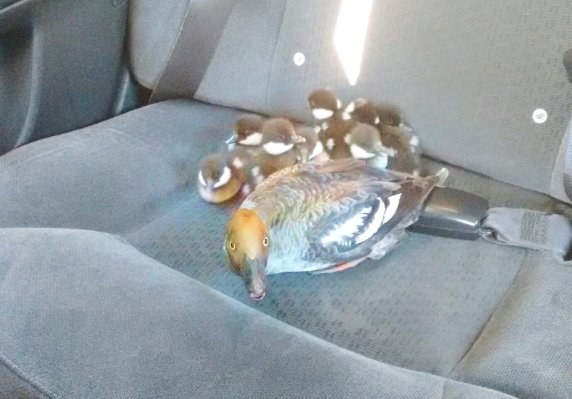 Taxi Driver Rescues Family of Ducks, Gives Them Free Ride to River
Next Up: Editor's Pick