Hillary Clinton didn’t pick an easy spot to get to for her first campaign rally.

The former Secretary of State will hold her presidential campaign launch rally Saturday on the small strip of land on New York City’s East River known as Roosevelt Island, which sits between Manhattan and Queens. There are just a few ways on or off the two-mile long island: a single subway line, the famed Roosevelt Island Tram, or sitting in traffic on the Brooklyn-Queens Expressway.

Only people who live on the island, who are no more than a two-mile walk away from Four Freedoms Park where the rally will be held, will have an easy trek. But some locals told TIME they’re not going anyway.

Anna Levenstein, a 43-year-old Clinton supporter who lives here with her husband and two children, said she’s sticking to the northern half of the island for the day (the rally will be held on the island’s southern tip). “It’s Roosevelt [Island] Day, so we’ll be here on the plaza,” Levenstein said from a plaza a safe distance from the campaign rally site. Looking forward to the island’s main celebratory occasion, Levenstein ticked off some of the fun activities to be enjoyed at the annual community gathering falling on the same day of the rally—cotton candy, bouncy houses, and crafts with yarn and wood.

While Levenstein was excited by the possibility of Clinton walking down Main Street (“I heard she might do that”), she was also concerned about the crowds the rally could bring to the island. “It’s a small island and I imagine a lot of people will come,” she said. “I don’t like crowds.”

Another resident, Karine Wong, 48, said that while she wasn’t personally inconvenienced by the event, some of her neighbors were less than pleased. “There are going to be a lot of kids out for Roosevelt [Island] Day, and that’s not a good combination with the number of strangers that will be around,” Wong said.

Not everyone is sitting it out, of course.

Bruce Knotts, 65, who works at the United Nations, was eager to find a ticket for the event. “It’s definitely the biggest thing that’s ever happened on Roosevelt Island,” Knotts said. Knotts has met Clinton twice before—once when he was a foreign service officer in Pakistan, and once at an event for donors in Washington. “I think she was an amazing Secretary of State, so I think she’d be a great President,” he said.

Dick Lutz, 76, who publishes Roosevelt Island’s community newspaper, Main Street WIRE, said he’s “thrilled” to see a presidential candidate launch her campaign on the island where he’s lived for the past 34 years. “For one thing, it brings attention to a wonderful island,” he said.

“It also gives [Clinton] the opportunity to back in the glow of FDR’s progressivism and liberalism in a way that contrasts her firmly with Republicans,” he added, referring to former President Franklin Delano Roosevelt, after whom the island is named.

Lutz was unfazed by the coming crowds: “We’re pretty good at handling unusual traffic around here.”

Jim Bates, 71, said he’ll be at the rally, too, and he’s bringing friends. But Bates said he’s undecided on Clinton as a candidate, and that he hopes she talks about affordable housing. He’ll be attending as a member of the Roosevelt Island Disabled Association, hoping to highlight FDR’s legacy as a wheelchair-bound president who was “enabled, not disabled,” he said.

Bates has been speaking to event organizers to make sure it will be accessible for all, but laments that the southern tip of the island is “a long way off” for those in push wheelchairs. “More than likely, people in push wheelchairs will not come,” Bates said.

It’s a tiny island, meaning no one will be too far removed. Levenstein, who isn’t planning on going, was reminded by one of her son’s that her husband is: “But Mom—Dad’s going to see Hillary!”

For your security, we've sent a confirmation email to the address you entered. Click the link to confirm your subscription and begin receiving our newsletters. If you don't get the confirmation within 10 minutes, please check your spam folder.
Most Popular on TIME
1
The Proud Boys Are Part of a Long History of American Violence
2
Here's Everything New on Netflix in October 2020—and What's Leaving
3
Everything You Need to Know About Nurse Ratched Before Watching the New Netflix Show 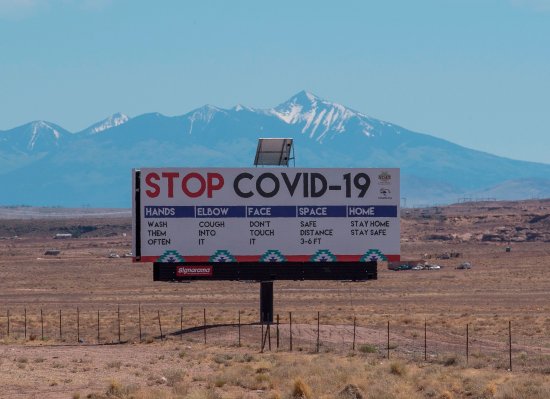 Why Native Alaskans Missed Out on Pandemic Relief Efforts
Next Up: Editor's Pick