Four tourists were sentenced to three days in jail and ordered to pay 5,000 Malaysian ringgit ($1,333) for stripping off their clothes atop a mountain in northern Malaysia and taking photographs that incensed local residents, who consider the peak a sacred dwelling ground for deceased ancestors.

The presiding judge for Kota Kinabalu Magistrates’ Court said that the tourists had shown sufficient remorse for their actions and would be deported upon payment of the fines, since they have already spent three days in jail, the BBC reports. One local paper reported that residents linked the tourists’ behavior to a 5.9 magnitude earthquake that struck the region on June 5, killing 18 people.

Timothy Hawkins, father to one of the prisoners, expressed regret on behalf of his daughter to the BBC. “Eleanor knows what she did was wrong and disrespectful and she is deeply sorry for any offense she has caused to the Malaysian people,” he said. 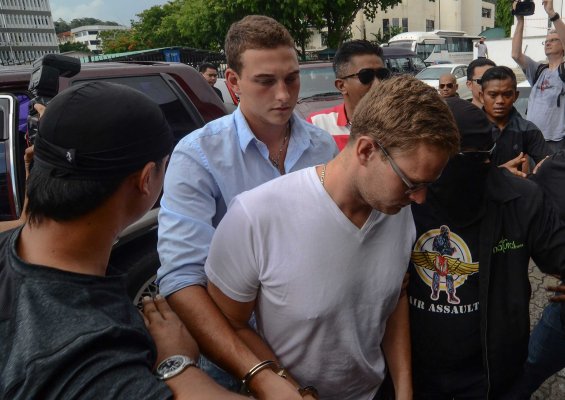