A Handy Guide to Picking Your Summer TV Binge

Netflix benevolently released the third season of Orange Is the New Black early, and thus binge watching season is now upon us. If you want to sequester yourself this summer, the options are plentiful—from the new, like Sense8, to the old, like Seinfeld. TIME critic James Poniewozik has dubbed it “the summer of our excess content.”

For those who don’t know exactly what to tackle, here are some possible projects to undertake. But just remember—stay healthy.

New shows
Chances are you might already be done with the third season of Orange Is the New Black, but there are other binge-able releases out there. Netflix has already let Grace and Frankie and Sense8 into the wild, the former from Friends‘ Marta Kauffman and the latter from the Wachowski siblings. All our anticipatory energy, however, is spared for the July 31 reveal of Wet Hot American Summer: First Day of Camp. The original cast members are back, and Michael Showalter also told Entertainment Weekly who some of the new additions will be portraying: “Josh Charles, Kristen Wiig, and Rich Sommer play the preppy rival camp counselors at Camp Tigerclaw.” Fans of BoJack Horseman will want to note that the second season will be available July 17.

Catch-ups
You could also make your summer show preparation for another summer show. Though they are two distinctly different shows, you may want to watch the first season of True Detective before embarking on the second, which premieres June 21, just so you can get everyone’s Rust Cohle jokes. If you’re in a cable drama mood, there are two seasons of research and romantic entanglements in Masters of Sex before the show comes back July 12. However, if you’re looking for something that’s just a purely good time, watch the first season of USA’s Playing House, which returns on August 4. Lennon Parham and Jessica St. Clair will make you a Jammer in no time.

Half-hour wonders
Want to binge in more easily digestible quantities? Take on a show with half-hour episodes. You’ll still get the satisfaction of finishing a season of a series, but you won’t have lost as much time in the process. Not to mention there are some great half hour options out there. Netflix has the Tina Fey-Robert Carlock joint Unbreakable Kimmy Schmidt that will have you crooning “Peeno Noir” and the aforementioned Grace and Frankie, a chance to see legends in action. Meanwhile, Amazon has Transparent, which is totally deserving of all of its hype, and the underrated orchestra comedy Mozart in the Jungle. (Primary reason to watch Mozart: Gael García Bernal.)

Classics
Or maybe you should just call it “The Summer of Seinfeld.” The NBC classic starts streaming on Hulu June 24, so if you haven’t memorized every one of Jerry, George, Elaine, and Kramer’s escapades, you will now have the opportunity to do so. Even if you have, it’s probably worth a re-watch now that the show is easily accessible. The rash of Gilmore Girls chatter around the show’s ATX Television Festival reunion might inspire you to take a trip to Stars Hollow, or you could also start preparing up for the January return of The X-Files by getting to know Mulder and Scully and their mysteries. 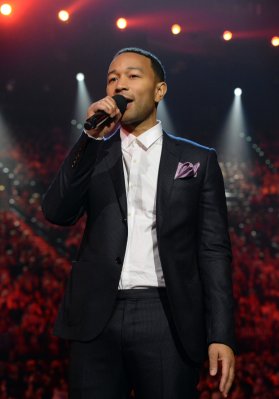 John Legend: Kalief Browder Died Because Our System Is Broken
Next Up: Editor's Pick